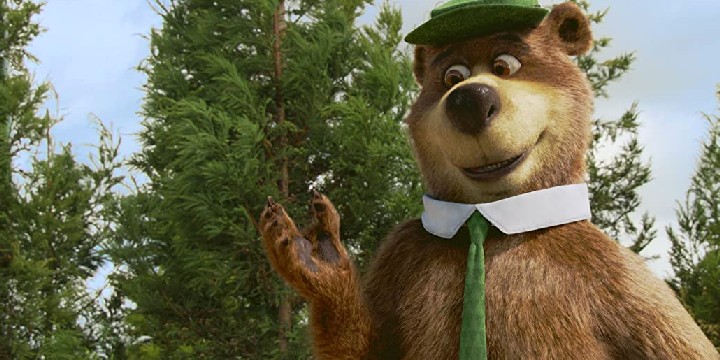 These Yogi Bear quotes will undoubtedly make you savvier when dealing with any obstacles you face.

Yogi Bear is a heartwarming animated movie about the life and adventures of a bear named Yogi and his sidekick Boo Boo. They live in Jellystone Park, the last remaining eco-friendly spot in the city.

In the movie, they discover that the greedy Mayor Brown attempted to sell the park for his own selfish sake. But, their love for Jellystone Park motivated them to protect it at any cost. Yogi, Boo Boo, and their other friends then join forces to stop the Mayor.

They remain positive that they can overpower the Mayor, no matter how influential and powerful he might be. During this complicated situation, Yogi proves that he is indeed more intelligent than the average bear.

So, if you’re interested in how the characters remained hopeful in times of strife, read on! Get a better glimpse of the heroic adventures of Yogi Bear through the quotes we’ve compiled!

And don’t forget to check out these Bugs Bunny quotes and Coraline quotes.

1. “I don’t think we do get smarter as we get older; I just think we run out of stupid things to do.” – Yogi Bear

2. “It’s because I’m smarter than the average bear.” – Yogi Bear

3. “Who knows? Someday, there may be the sound of little bear feet running around the cave!” – Yogi Bear

4. “I never blame myself when I’m not hitting. I just blame the bat, and if it keeps up, I change bats. After all, if I know it isn’t my fault that I’m not hitting, how can I get mad at myself?” – Yogi Bear

5. “Bears are supposed to avoid people, not run around stealing their food!” – Yogi Bear

6. Yogi Bear: “Boo Boo, you’ve tried to stop my brilliant ideas with common sense a thousand times. Has it ever worked?”

7. “He’s turning this park into a boot camp, with me getting the boot.” – Yogi Bear

9. “Just sit back and let Mother Nature carry us toward her own.” – Yogi Bear

10. “Pic-a-nic baskets may be delicious on the lips, but they’re a lifetime on the hips!” – Yogi Bear

11. “What’s not to like about Robin Hood? I’ll steal from the rich and give to a poor bear—me.” – Yogi Bear

12. Ranger John Smith: “What do you want from me, Yogi? I don’t have a life left for you to ruin anymore.”

Yogi Bear: “Sir, I know I messed things up, and I’m sorry. I never meant to. You and Boo Boo are the best friends I ever had, and I’ve never done anything but think of myself. And now Jellystone is just gonna be a big field of stumps.”

Boo Boo: “I have problems with potato salad.”

Yogi Bear: “I know, it is magnificent.”

Yogi Bear Quotes for a Day Full of Laughter

Boo Boo: “It’s just a picture of us screaming!”

20. Ranger John Smith: “We got a bear disturbance!”

Ranger Jones: “All units, lock the park! I repeat, lock down the park!”

Ranger John Smith: “You know I’m the only other ranger here, right?”

23. “Now I feel kinda bad about using him as a footstool.” – Yogi Bear

Yogi Bear Quotes That Prove How Stubborn the Bears Are

24. “Hey, you know what would be great? If you didn’t think, if you could just be a regular bear. You know, sit in the woods minding his own business. But nope—you’re different, you’re smart, and you have to spend your days being selfish and destructive while everyone else pays the price!” – Ranger John Smith

Ranger John Smith: “You know what it says, Yogi. And it applies to all the bears, especially you!”

Yogi Bear: “Down the hatch, but natch.”

27. Rachel Johnson: “I heard that you have an unusual brown bear.”

Rachel Johnson: “One that talks, those are so rare.”

Ranger John Smith: “None that I can think of.”

Rachel Johnson: “I think he’s trying to steal your lunchbox.”

More Yogi Bear Quotes That You Need to Read Today

28. “Mr. Ranger, I’ve learned two things from stealing pic-a-nic baskets. One, light mayonnaise is not nearly as good as regular mayonnaise. And two, you can’t fail if you never stop trying.” – Yogi Bear

29. “Well, she can have her tinsel world of make-believe. I’m headed back to Jellystone.” – Yogi Bear

Yogi Bear: “But I like where you were going with it, Boo Boo!”

Did These Quotes Help You Remain Hopeful and Positive?

As humans, we are all aware that problems are inevitable in our lives. Yet, we still get the idea of giving up whenever we encounter new challenges. Instead of doing that, we must believe that we can’t lose in any challenge if we never stop trying to find hope and a way to overcome it.

For those who live in Jellystone Park, their biggest obstacle would be its shutdown. This situation even drove Ranger John Smith to the verge of giving up, but the optimistic bears helped him rekindle his hope to move forward. So, keep your hope alive like what Yogi and Boo Boo did.

With a good attitude and innovative thinking, Yogi and his friends were able to save their park! So, remember that the outcome is first determined by how you shape your mindset.

Always believe in yourself and hold on to hope, like what our favorite bears did in the movie. If they can do it, then you undoubtedly can, too! Whenever you feel the pressure building up, it’d be great to surround yourself with friends with the same attitude as Yogi Bear and Boo.

We hope this collection was able to make you laugh and inspire you to face challenges with a hopeful heart and mind. Remember, the outcome of any situation will be based on how you perceive it. So, create your own happy ending!