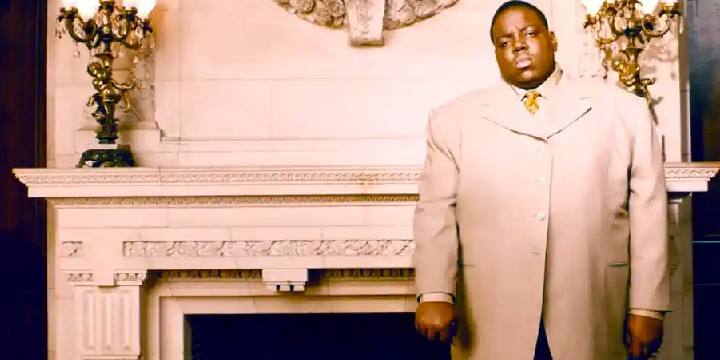 Life’s ups and downs can be overwhelming at times, so let these Biggie Smalls quotes guide you!

Christopher George Latore Wallace—also known as The Notorious B.I.G., Biggie Smalls, or just Biggie—was an American rapper and songwriter. He was rooted in the New York rap scene and was considered one of the greatest rappers in the suburbs.

Although his life was cut short after a gunshot at a stoplight in Los Angeles, his music still lives on today.

With solid messages about vulnerability and the harshness of society, Biggie Smalls indeed inspired many people from the streets.

So, if you’re interested in how Biggie Smalls did all of this, then these quotes are for you.

Don’t miss out on this rapper’s hottest lines about life and the hustle culture!

And make sure to read these Tupac quotes and Eminem quotes.

1. “Keep trying. Persistence and consistency is the best thing. As long as you keep it real, and you keep trying, keep banging that wall, and it will fall.”

2. “We can’t change the world unless we change ourselves.”

3. “I’m living every day like a hustle, another drug to juggle. Another day, another struggle.”

5. “Stay far from timid, only make moves when your heart’s in it, and live the phrase ‘Sky’s the limit.’”

7. “Never let them know your next move. Don’t you know bad boys move in silence and violence?”

8. “And everything you get, ya gotta work hard for it.”

9. “This rule is so underrated: Keep your family and business completely separated.”

10. “I’m a nice guy, but the fear keeps everybody on their toes. People sometimes mistake sweetness for weakness.”

Biggie Smalls Quotes to Motivate You

14. “If you feel like it’s something you don’t have to do, you really have to question it.”

15. “As I leave my competition respirator style, climb the ladder to success escalator style.”

16. “Take a better stand. Put money in my mom’s hand. Get my daughter this college plan, so she doesn’t need no man.”

18. “Damn right, I like the life I live because I went from negative to positive.”

19. “Life is a beautiful melody. Only the lyrics are messed up.”

23. “Maybe she won’t admit it, but I will. We should have got to know each other and then got married. The relationship kind of dissolved, but we’re still going to be friends. I love her.”

Biggie Smalls Quotes That’ll Teach You the Workings of Society

29. “Every true hustler knows that you cannot hustle forever. You will go to jail eventually.”

30. “Considered a fool ’cause I dropped out of high school. Stereotypes of a black male misunderstood.”

31. “If I wasn’t in the rap game, I’d probably have a key knee-deep in the crack game. Because the streets are a shortstop: Either you’re slinging crack rock, or you got a wicked jump shot.”

Moving Biggie Smalls Quotes That Will Touch Your Heart

34. “I don’t wanna live no more. Sometimes I hear death knockin’ at my front door.”

Insightful Biggie Smalls Quotes to Understand His Thoughts on Music

35. “I’m making music for the people. If y’all love the music, y’all gonna buy the music.”

36. “I cleaned up my act, and I made this rap thing work for me. I thought people would respect me for that. But instead, it’s, ‘Oh, he’s sold all these records, and now he thinks he’s all that.’ Drink some coffee. Put on some gangsta rap and handle it.”

37. “How real can your music be if you wake up in the morning hearing birds and crickets? I never hear birds when I wake up. Just a lot of construction work, the smell of Chinese takeout, children screaming, and everybody knocking a different track from ‘Ready to Die’ as they pass down the street.”

38. “There’s gonna be a lot of slow singing and flower bringing if my burglar alarm starts ringing.”

39. “Sticks and stones may break bones, but the Gat will kill you quicker.”

40. “Honeys wanna chat, but all we wanna know is where the party at?”

Did These Biggie Smalls Give You a New Perspective When It Comes to Life?

Biggie Smalls lived his life as a gangster and a prisoner—a fact he never denied. Instead of being ashamed of this past, he proudly declared it as one of his sources of inspiration.

His experiences in the streets and with the gangs he encountered provided him with the resolve to push through life. Even with a dark past and countless mistakes, Biggie Smalls fought hard. These unique experiences made him a man with grit and authenticity in the music industry.

Not everyone can relate to the life that Biggie Smalls lived. Some may even find it hard to understand the past he used to have. Even though that’s the case, no one can deny that his influential music helps us share both the pain and the success he had in life.

Like Biggie Smalls, let’s all gather strength and courage from our shortcomings and the obstacles we encounter. Feel free to revisit this collection whenever you need a reminder to carry on in this world. Remember that we’re always rooting for you and your growth in life!

What did you learn from today’s collection? Which of his lines struck your heart? Please, comment below.