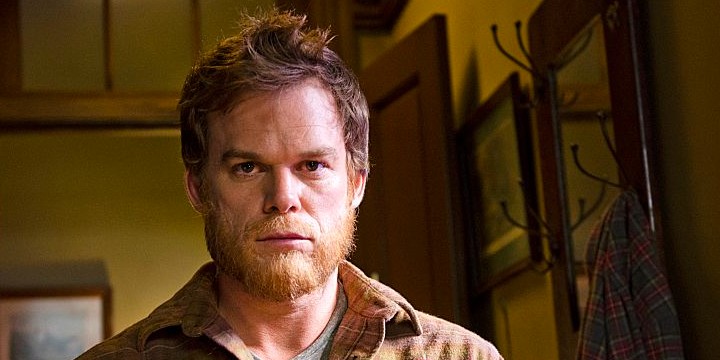 Navigating through life with its ups and downs can be a bit tricky, so let these Dexter quotes help you face your day.

Dexter is an American crime drama television series first released in 2006. The unique plot focuses on how Dexter Morgan solves crimes in the day while committing one at night—and being good at it. From just that, you’re given a glimpse of a complex dilemma full of drama, quirks, and adventure.

Although it circles around murder, crimes, and the lot, it can still impart meaningful life lessons. The series also sheds some light on finding meaning in life, loneliness, and even love in unexpected times.

So, if you want witty comebacks and relatable lines, you are on the right page! Keep on scrolling and read through to the end of this list of the best Dexter quotes!

And don’t forget to check out these Breaking Bad quotes and The Mentalist quotes.

2. “Tonight’s the night. And it’s going to happen again, and again. It has to happen. It’s not what I want. But what I want doesn’t matter. This is the only way I know how to survive. I’m coiled and ready to strike.” – Dexter Morgan

3. “There are no secrets in life, just hidden truths that lie beneath the surface.” – Dexter Morgan

4. “They make it look so easy, connecting with another human being, it’s like no one told them it’s the hardest thing in the world.” – Dexter Morgan

5. “We all make rules for ourselves. It’s these rules that help define who we are. So when we break those rules, we risk losing ourselves and becoming something unknown.” – Dexter Morgan

6. “Trust those who seek the truth, but doubt those who say that they have found it.” – Hannah McKay

7. “I can always see other people’s problems more clearly than my own.” – Dexter Morgan

8. “I love Halloween. The one time of year when everyone wears a mask—not just me.” – Dexter Morgan

9. “We create our own destiny every day we live.” – Dexter Morgan

10. “Keeping the truth from the people closest to you is how you’ll survive, and how you’ll protect them if anything ever goes wrong.” – Harry Morgan

11. “All you can do is play along with life and hope that sometimes you get it right.” – Dexter Morgan

13. “When you’re losing control of your entire life, it helps to focus on what you’re good at.” – Dexter Morgan

14. “Monsters don’t get to live happily ever after.” – Dexter Morgan

16. “Do I see sheets of plastic in your future?” – Dexter Morgan

17. “Everyone hides who they are at least some of the time. Sometimes you bury that part of yourself so deeply that you have to be reminded it’s there at all. And sometimes you just want to forget who you are all together.” – Dexter Morgan

18. “I just know there’s something dark in me, and I hide it. I certainly don’t talk about it, but it’s there—always. This Dark Passenger. And when he’s driving, I feel—alive, half-sick with the thrill of complete wrongness. I don’t fight him. I don’t want to. He’s all I’ve got.” – Dexter Morgan

19. “People fake a lot of human interactions, but I feel like I fake them all, and I fake them very well.” – Dexter Morgan

20. “You’re what makes me real. I want us to always go out for banana splits. And replant the lemon tree that keeps dying. And I never, ever want to miss a pizza night. And that’s how I know I want to marry you.” – Dexter Morgan

21. “I can kill a man, dismember his body, and be home in time for Letterman. But knowing what to say when my girlfriend’s feeling insecure—I’m totally lost.” – Dexter Morgan

22. “We only see two things in people: what we want to see and what they want to show us.” – Dexter Morgan

23. “I would give everything to feel nothing again.” – Dexter Morgan

24. “If home is where the heart is, where do you go when you don’t have a heart?” – Dexter Morgan

25. “Some experiences are so big they change your DNA.” – Dexter Morgan

Dexter Quotes From Dexter Morgan Himself

26. “Because in the land of predators, a lion never fears the jackal.” – Dexter Morgan

28. “I’ve lived in darkness for a long time. Over the years, my eyes adjusted until the dark became my world and I could see.” – Dexter Morgan

29. “We all want life to have some meaning. Seems like the older we get, the harder we look for it. And the harder it is to find.” – Dexter Morgan

30. “If you believe that God makes miracles, you have to wonder if Satan has a few up his sleeve.” – Dexter Morgan

31. “My Dark Passenger is like a trapped coal miner, always tapping, always letting me know it’s still in there, still alive.” – Dexter Morgan

32. “I’ve never had much use for the concept of Hell, but if Hell exists, I’m in it. The same images running through my head, over and over.” – Dexter Morgan

33. “Needless to say, I have some unusual habits, yet all these socially acceptable people can’t wait to pick up hammers and publicly smash their food to bits. Normal people are so hostile.” – Dexter Morgan

34. “I’m quite sure more people fake an awful lot of everyday human contact. I just fake all of it.” – Dexter Morgan

35. “Blood. Sometimes it sets my teeth on edge, other times it helps me control the chaos.” – Dexter Morgan

36. “Never jump the fence if you’re not willing to face what’s on the other side.” – Dexter Morgan

37. “Sometimes, I wonder what it would be like for everything inside me that’s denied and unknown to be revealed. But I’ll never know. I live my life in hiding. My survival depends on it.” – Dexter Morgan

38. “But I finally just have to accept that I’ll always be alone.” – Dexter Morgan

40. “Never underestimate the capacity of other people to let you down.” – Dexter Morgan

Insightful Dexter Quotes for a New Perspective on Life

41. “The willful taking of life represents the ultimate disconnect from humanity. It leaves you an outsider, forever looking in, searching for company to keep.” – Dexter Morgan

42. “Most people believe we have free will—that we all choose our path. Sometimes the path is clear, sometimes not so much. Every twist, every turn, can challenge our sense of direction. But it’s the choices we make when we reach a fork in the road that define who we are.” – Dexter Morgan

43. “We all have something to hide; some dark place inside us we don’t want the world to see. So we pretend everything’s okay, wrapping ourselves in rainbows. And maybe that’s all for the best. Because some of these places are darker than others.” – Dexter Morgan

44. “I learned that apparently, the darkness can overcome us at any time. But I also find that I will be able to endure. Overcome. And in the process, grow stronger. Smarter, better.” – Dexter Morgan

45. “Life’s only obligation—after all—was to be interesting.” – Dexter Morgan

Dexter Quotes to Shed Light on Death and Grieving

46. “If eyes are the window to the soul, then grief is the door. As long as it’s closed, it’s the barrier between knowing and not knowing. Walk away from it, and it stays closed forever. But open it and walk through it, and pain becomes the truth.” – Dexter Morgan

47. “I also know denial is the first stage of the grieving process for those who learn they’re going to die.” – Dexter Morgan

48. “Most people have a hard time dealing with death, but I’m not most people. It’s the grief that makes me uncomfortable. Not because I’m a killer. Really—I just don’t understand all that emotion—which makes it tough to fake. In those cases, shades come in handy.” – Dexter Morgan

49. “There are few milestones in life that evoke a stronger response than our final act. Death.” – Dexter Morgan

50. “You seem uncertain. It’s uncomfortable, isn’t it? Just when you think you’ve answered all the questions, another one smacks you in the face: life, life, life. Life is just like that. Which is why I prefer death.” – Dexter Morgan

Dexter Quotes That Will Make You Sympathize With Him

51. “I like to pretend I’m alone. Completely alone. Maybe post-apocalypse or plague—whatever. No one left to act normal for. No need to hide who I really am. It would be—freeing.” – Dexter Morgan

53. “Despite having considered myself a monster for as long as I can remember, it still comes as a shock when I’m confronted with the depth of evil that exists in this world.” – Dexter Morgan

54. “Pretend. You pretend the feelings are there, for the world, for the people around you.” – Dexter Morgan

Dexter Quotes by Other Characters

56. “You can’t control the demon inside of you any more than I can control mine.” – Arthur Mitchell

57. “My psycho-killer kiancé? Please, I’ve had worse. At least he paid for my meals.” – Debra Morgan

60. “But honestly, when you really get down to it, it’s all about faith. It’s something you feel, not something you can explain. This is very hard to put into words.” – Angel Batista

61. “What did stalkers do before the internet?” – Dexter Morgan

62. “I enjoyed watching good-looking idiots looking at each other. A great spectator sport.” – Dexter Morgan

63. “Getting yelled at by a furious woman should be treated as a semi formal occasion.” – Dexter Morgan

64. “Why do so many people start their messages with, ‘It’s me.’ Of course, it is you. We all know that. But who the hell are you?” – Dexter Morgan

65. “Dating is hard—especially for a serial killer.” – Dexter Morgan

68. “This whole business of telling the truth just never seems to work without some kind of awkward unpleasantness.” – Dexter Morgan

69. “There are many ways to stop the heart. Electric shock, bad diet—sever the aorta—my personal favorite.” – Dexter Morgan

70. “Sometimes it’s reassuring to know that I am not the only one pretending to be normal.” – Dexter Morgan

Did These Dexter Quotes Inspire You to Live A Better Life?

If there’s one thing we can learn from Dexter, it’s that it is never too late to change our destiny. Life can sometimes make us forget our morals and give in to our desires, but only we have the power to change who we are.

We hold power to better ourselves. But, self-improvement doesn’t mean improving just yourself; it also involves making your relationship and interactions with others better and more meaningful. Indeed, Dexter Morgan and the rest of the characters in the series are here to remind us that we can push forward and act on the decision to change ourselves into more positive versions of ourselves.

There are many more life lessons to be learned from this series. So, make sure you reread through this list whenever you want a push or a helping hand in what you’re going through. Remember that, like Dexter, giving up is not an option!

Did you gain anything from this collection? Which Dexter quote sparked a flame in your heart? Comment below!