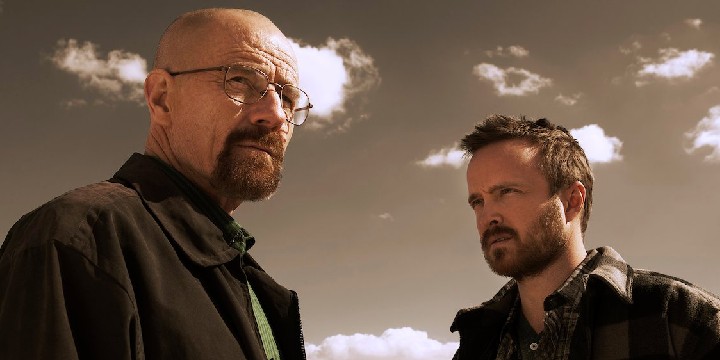 Let these classic Breaking Bad quotes inspire you to abandon your fears and do what your heart desires!

Breaking Bad is a crime drama series that has been branded as one of the greatest television shows of all time. It is about Walter White, an ordinary chemistry teacher who turned into a successful and notorious drug lord in New Mexico.

Although there’s nothing good about the path he chose, the main character brought wise words about defeating fear. So, what are you waiting for? Get ready to learn more about him and his teachings by reading the complete collection below.

And don’t miss out these Dexter quotes and Walter White quotes.

1. “You need to stop focusing on the darkness behind you. The past is the past. Nothing can change what we’ve done.” – Walter White

3. “I have spent my whole life scared, frightened of things that could happen, might happen, might not happen, 50 years I spent like that, finding myself awake at three in the morning. But you know what? Ever since my diagnosis, I sleep just fine.” – Walter White

5. “If that’s true, if you don’t know who I am, then maybe your best course is to tread lightly.” – Walter White

6. “You clearly don’t know who you’re talking to, so let me clue you in. I am not in danger, Skyler. I am the danger. A guy opens his door and gets shot, and you think that of me? No! I am the one who knocks!” – Walter White

7. “When you have children, you always have family. They will always be your priority, your responsibility. And a man, a man provides. And he does it even when he’s not appreciated, or respected, or even loved. He simply bears out, and he does it.” – Gus Fring

8. “What I came to realize is that fear, that’s the worst of it. That’s the real enemy. So, get up, get out in the real world, and you kick that bastard as hard as you can right in the teeth.” – Walter White

9. “There is more money here than we could spend in 10 lifetimes. Please tell me, how much is enough? How big does this pile have to be?” – Skyler White

10. “There is gold in the streets just waiting for someone to come and scoop it up.” – Walter White

11. “If you believe that there’s a hell, we’re pretty much already going there.” – Walter White

12. “I told you, Skyler. I warned you for a solid year, you cross me, and there will be consequences.” – Walter White

13. “The moral of the story is I chose a half measure when I should have gone all the way. I’ll never make that mistake again. No more half measures, Walter.” – Mike Ehrmantraut

Meaningful Breaking Bad Quotes That Will Make You Think

17. “Why should we do anything more than once? Should I just smoke this one cigarette? Maybe we should only have sex once if it’s the same thing? Should we just watch one sunset? Or live just one day? Because it’s new every time. Each time is a new experience.” – Jane Margolis

18. “The thing is, if you just do stuff and nothing happens, what’s it all mean? What’s the point?” – Jesse Pinkman

19. “I once told a woman I was Kevin Costner, and it worked because I believed it.” – Saul Goodman

20. “Some people are immune to good advice.” – Saul Goodman

21. “I have lived under the threat of death for a year now. And because of that, I’ve made choices.” – Walter White

23. “If you’re committed enough, you can make any story work.” – Saul Goodman

24. “I’ve been living with cancer for the better part of a year. Right from the start, it’s a death sentence. That’s what they keep telling me. Well, guess what? Every life comes with a death sentence. So, every few months, I come in here for my regular scan knowing full well that one of these times, hell, maybe even today, I’m gonna hear some bad news. But until then, who’s in charge? Me. That’s how I live my life.” – Walter White

25. “Electrons—they change their energy levels. Molecules change their bonds. Elements—they combine and change into compounds. Well, that’s all of life, right? It’s the constant. It’s the cycle. It’s solution, dissolution, just over and over and over. It is growth, then decay, then transformation.” – Walter White

28. “You listen to me, bitch. You get your ass out here as fast as you can. And don’t even think about calling anyone for help. You hang up on me, put me on hold, lose my call for any reason, as soon as you do, I’m burning all of it.” – Jesse Pinkman

29. “Say the words. Say you want this. Nothing happens until I hear you say it.” – Walter White

31. “Don Eladio is dead. His capos are dead. You have no one left to fight for. Fill your pockets and leave in peace, or fight me and die!” – Gus Fring

Breaking Bad Quotes to Revisit the Show’s Most Memorable Scenes

32. “My name is Walter Hartwell White. I live at 308 Negra Arroyo Lane, Albuquerque, New Mexico, 87104. To all law enforcement entities, this is not an admission of guilt. I am speaking to my family now. Skyler, you are the love of my life. I hope you know that. Walter Jr., you’re my big man. There are going to be some things that you’ll come to learn about me in the next few days, but just know that no matter how it may look, I only had you in my heart. Goodbye.” – Walter White

33. “Been thinking about a summer job I used to have, marking trees in the woods. Tagging trees is a lot better than chasing monsters.” – Hank Schrader

35. “I am not turning down the money! I am turning down you! You get it? I want nothing to do with you! Ever since I met you, everything I ever cared about is gone! Ruined, turned to shit, dead, ever since I hooked up with the great Heisenberg!” – Jesse Pinkman

36. “What good is being an outlaw when you have responsibilities?” – Jesse Pinkman

37. “Did you know that there’s an acceptable level of rat turds that can go into candy bars? It’s the government, Jack. Even the government doesn’t care that much about quality. You know what is okay to put in hot dogs? Huh? Pig lips and assholes. But I say, hey, have at it bitches ’cause I love hot dogs.” – Jesse Pinkman

39. “Ah, like I came to you, begging to cook meth. Oh, hey, nerdiest old dude I know, you wanna come cook crystal? Please. I’d ask my diaper-wearing granny, but her wheelchair wouldn’t fit in the RV.” – Jesse Pinkman

40. “Is this just a genetic thing with you? Is it congenital? Did your, did your mother drop you on your head when you were a baby?” – Walter White

Which Breaking Bad Quote Powered You With Courage to Do What You Want?

Without Walter learning the big revelation of having severe lung cancer, he would never be able to turn his life around. He discovered how short his time is to waste it living with fear towering over him.

Watching him gain courage, confidence, and money is a decisive moment for us all. It proves that it is never too late to change your life and make something of yourself.

So, we hope that revisiting these badass Breaking Bad quotes was able to give you the inspiration to abandon your fear and live your best life. Remember that every day is a moment to turn your world around.

Which Breaking Bad quote is the best for you? Do you have more to add to the collection? Let us know in the comments section below.