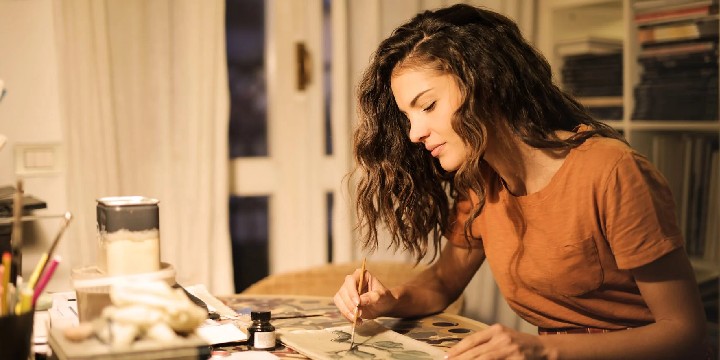 If it has become your habit to justify your drawbacks in life, these excuses quotes will help you be free from such an unhealthy routine.

Sometimes, when we do not have the energy for the day, we tend to make excuses to run away from our responsibilities.

It feels good, especially when it can do its job—when other people believe us. But, when we do this, we also do ourselves a huge disservice.

When we condition ourselves into believing that making excuses is good for us, we will always try to escape when things get tough.

This also means that we flee from opportunities to grow. By doing this, we inhibit ourselves from progressing.

We’re confident that this is not the life that you want for yourself.

So, if you find yourself stuck in the habit of making excuses, this collection we’ve prepared will help you face your day.

And don’t forget to check out these inspirational quotes and positive quotes.

1. “Excuse is the tool of the incompetent. A monument of nothingness and those that use it are not wise.” – Paul Adefarasin

2. “He that is good for making excuses is seldom good for anything else.” – Benjamin Franklin

3. “Excuses are tools of incompetence used to build bridges to nowhere and monuments of nothingness, and those who use them seldom specialize in anything else.” – Vernon Brundage Jr.

4. “Never make excuses. Your friends don’t need them, and your foes won’t believe them.” – John Wooden

5. “Excuses change nothing but make everyone feel better.” – Mason Cooley

6. “Excuses are a powerful thing. One excuse can negate 100 opportunities.” – Bobby Darnell

7. “You can have excuses, or you can have success—you can’t have both.” – Jen Sincero

8. “It is easier to move from failure to success than from excuses to success.” – John C. Maxwell

9. “Excuses are the crutches of the uncommitted.” – A. R. Bernard

10. “The heart has its reasons, but the mind makes the excuses.” – Amit Abraham

11. “What we need to understand is that once we rely on using excuses as a way out, they take a life of their own.” – Peter Lopez Jr.

12. “Excuses are the nails used to build the house of failure.” – Jim Rohn

14. “After a while, excuses lose their worth and their meaning.” – DragoMania

15. “Excuses are made by the power of weakness. Their purpose is merely a wish you have—you wish they would demolish your guilt and regret.” – Noha Alaa El-Din

Excuses Quotes That Will Inspire Growth

16. “When you are good at making excuses, it is hard to excel at anything else.” – John L. Mason

18. “Ninety-nine percent of the failures come from people who have the habit of making excuses.” – George Washington Carver

19. “An excuse is nothing more than a self-imposed roadblock.” – C.C. Chapman

20. “Uncomplicate it. Don’t make excuses. Some of life’s biggest heartaches come from missed opportunities and lame excuses. Don’t miss out on what could be the best chapter in your life because you’re too busy rereading the last one.” – Kandi Steiner

21. “I refuse to allow the excuses in my mind to grow into giants that keep me from living up to my full potential.” – Shaun King

22. “Excuses will always be there for you, opportunity won’t.” – Anonymous

Excuses Quotes That’ll Turn You Into a Solution-Oriented Person

24. “It is better to offer no excuse than a bad one.” – George Washington

25. “Excuses are only for those people who are unwilling to find the solution, who find greater solace in the loudness of their complaints rather than in the action they are taking to implement the actions that carry them steadily forward to their achievement.” – Byron Pulsifer

28. “You can make a million excuses for why something didn’t go well, but ultimately, just fix it and get on with it. Be a solutions person.” – Emily Weiss

Excuses Quotes to Guarantee a Successful and Happy Life

29. “I attribute my success to this—I never gave or took any excuse.” – Florence Nightingale

30. “You will find that the more successful the individual, the less inclined he is to make excuses.” – David Joseph Schwartz

32. “You can find excuses for anything, or you can find solutions and work towards them, which in the end will bring happiness.” – Byron Pulsifer

33. “Success occurs when your dreams get bigger than your excuses.” – Anonymous

34. “The ones who find happiness are the ones who don’t make excuses. If it’s broken, they fix it; if it’s wrong, they make it right.” – Anonymous

Excuses Quotes That’ll Veer You Away From Dishonesty

35. “Your excuses are just the lies your fears have sold you.” – Robin Sharma

36. “The trouble with excuses, however, is that they become inevitably difficult to believe after they’ve been used a couple of times.” – Scott Spencer

37. “If an apology is followed by an excuse or a reason, it means they are going to commit the same mistake again they just apologized for.” – Amit Kalantri

38. “Excuses are lies wrapped up in reasons.” – Howard Wright

39. “An excuse is worse and more terrible than a lie—for an excuse is a lie guarded.” – Alexander Pope

40. “Excuses are lies we tell ourselves so that it doesn’t have to be our fault.” – Anonymous

Are You Convinced That Making Excuses Is Not the Solution to Your Problems?

It’s normal to feel uncomfortable and afraid when facing anxiety-inducing situations. It’s also normal to want to get away from these situations. But, as we’ve learned from this collection, successful people face their fears head-on and refuse to make excuses.

By that remark, excuses should never be welcome in our lives. They can inhibit our growth as a person because, more often than not, we use excuses to justify laziness and wrong actions.

On top of that, we’re not only fooling others. We’re making a fool of ourselves, too.

So, before the consequences get to us, we must change our ways. We hope this collection was able to inspire you to start doing things and stop running away. If you do this, you’ll be exactly where you want to be in no time!