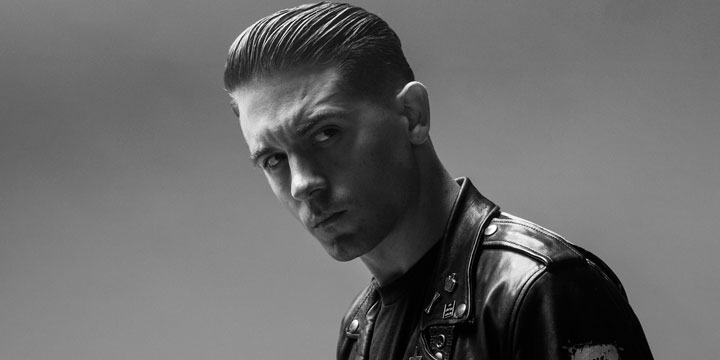 This collection of G-Eazy quotes showcases the rapper’s unhinged thoughts and opinions about life, music, and career.

Gerald Earl Gillum, also known as G-Eazy, is an American rapper, songwriter, and producer from Oakland, California. While he never saw himself as a natural rapper, he was able to establish his name in the music industry because of his high ambitions and grit.

What we want out of life might not come naturally to us, nor would it be easy to attain. But, like G-Eazy, it is also not impossible for us to succeed in whatever we want to pursue. We just have to set our priorities straight, stay passionate, and continue to be inspired.

Sadly, the problem is that inspiration doesn’t just fall from the sky and land on your lap. This is why we’ve created this collection of the best G-Eazy quotes.

We’re sure his most meaningful lines will give you and all aspiring artists out there the push needed to channel the creativity within yourselves!

And don’t forget to check out these Chris Brown quotes and Kehlani quotes.

1. “Less is more. Simplicity is awesome. That’s all you need in life. It’s just my personal philosophy.”

3. “I’ve put myself in this position where I haven’t set myself up with a Plan B. I don’t have a safety net; it’s all in.”

5. “Never give up and never conform.”

6. “I think it’s important to evolve and grow and take risks creatively, instead of repeating yourself and doing the same thing over and over.”

7. “Nothing tops making a living off your passion.”

8. “I think when you’re telling a story from inside of you that’s genuine, people connect with it.”

12. “I’ve always dreamt big, and the dream is to keep making music.”

13. “Music is only special when it’s coming from a genuine place—it’s just energy trapped in a bottle.”

14. “A song or an album is never really done. You can work on it forever, but knowing when to call it a day and knowing when to walk away from it is extremely important.”

15. “That’s the nature of this business. Something that took ten years to make can crumble in an instant. It could be snatched away from you at any moment.”

16. “Being in a position to bring people together like we do is a beautiful thing.”

17. “If you look at any creative person’s work, you can see bits and pieces of their influences. That’s what an artist does.”

18. “Word of mouth is the most valuable form of marketing, but you can’t buy it. You can only deliver it. And you have to really deliver.”

20. “I see myself as a hip hop artist, but I never wanted to make music for a specifically white audience. That’s not what I grew up around.”

21. “I don’t want to be a small-time, independent, successful rapper.”

24. “I suppose sometimes the lack of privacy can be a little hard to deal with at times.”

25. “I feel like if you’re stuck doing the same thing your whole career, you’ve got to be doing something wrong. Unless you’re getting great results from it, or you’re just comfortable in that spot.”

26. “If you’re not out living, then you’ve got nothing to talk about.”

27. “You’d die very sad if you tried to make everyone in the world happy, you know what I mean? You can’t; no one can.”

28. “Life is good. I’ve got an apartment that is paid for with rap money. It’s good. It’s amazing. It’s a blessing. I wake up every day and appreciate how much of a blessing this is getting to do this. But it is important to always stay humble, grounded, focused, and maintain that same ambition you had when you had nothing.”

29. “Something I stand for is being brave enough to invest in creative ideas that I firmly believe in and bringing those to life.”

Motivational G-Eazy Quotes That Will Guide You to Progress

31. “I think you should always push yourself to want to grow and learn more and be inspired and develop.”

33. “Sometimes when you meet stars, on the one hand, you’re like, ‘You’re who I’m inspired by, you’re who I look up to.’ On the other hand, you’re like, ‘I wanna be in the same kind of shoes that you’re in.’ That’s how I’ve always seen myself. Some of me is star-struck, some of me feels like I’m looking at a peer. They’re another person who sees the world the same way I do, who already did it. It’s inspiring.“

34. “I know what it feels like to walk out in front of a sold-out crowd of a thousand people that are there for you, and how good that feels, but as an opener, you just have to train yourself to think that it’s going to be harder.”

35. “In my dorm room, I was a hermit making music; I’ve always had a sense of urgency that I don’t have forever to make this happen.”

36. “I just want to make music that matters, that people will remember for a long time.”

37. “I think my style revolves around the philosophy that less is more, that simplicity is the ultimate sophistication. That goes for my taste in design and in clothes and even affects the way I approach music. I’m all about keeping things simple and minimal but being able to convey something powerful through that approach.”

38. “Rapping was something I always wanted to do, so after school, my friends and I would catch the bus to my house and just sit there writing songs every day.”

39. “Anybody can have a great album in themselves, but it’s not until you bring it out and put it into tangible form and creating it and working on it in the studio that all of that comes to life, you know what I mean?”

40. “In my opinion, creative control means a lot. I feel like I’m really in touch with who my fans are and what they like about my music, and I’m able to communicate directly with them.”

41. “Music is one of the toughest industries, so I respect everybody who has traveled any distance, come far in this music business, and achieved anything because it is so hard, and there are so many people out there these days.”

G-Eazy Quotes on Being an Artist

43. “When you’re choosing the tracklist and the sequencing, it’s important to make sure that there are some strong concepts on there and that it matters and it says something—that it sticks with people.”

44. “I’ve definitely grown and evolved as a person, as an artist, you know. Just in terms of my style, my taste, my influences, everything—that’s a part of being an artist, I think.”

45. “It’s one thing to turn up and jump around the stage and give people a good time—that’s obviously a big part of this—but I’ll always get deeper than that as an artist.”

46. “That raw connection between the two performers is something you can’t fully plan. You just go with it and get lost in that moment and feed off of each other.”

47. “Albums serve as paragraphs in an artist’s autobiography.”

49. “I think every artist’s next work will reflect a new chapter in their autobiography. Each album tells a story about where they were at during a particular period and how they have evolved.”

50. “You have to be dope; you have to find an audience and reach that audience with your identity and your message.”

51. “I was 14 years old when I started rapping, and I was terrible. I fell in love with it, though, and when that happens with me, I become super passionate and go all the way with it.”

52. “Success is just being able to do what I love for a living, spend all my time doing it, connect with fans, and continue that for a long fucking time.”

53. “I’ve been in love with music since I was old enough to establish my taste.”

54. “I fell in love with hip hop at an early age as a culture, as a sound, both from the perspective of a fan and a creative outlet.”

55. “I love being in a room in front of an audience who cares about the music, who knows the music, and who has lived with the music. It’s kind of like an experience you share. I’m on stage performing it, but they’re singing the words, too.”

56. “Keeping in touch with the people that matter is important.”

57. “I stuck with my education, you know, I really did that for my grandma. It meant a lot to her that I finished school, and in the grand scheme of things, it was her who had saved and helped provide for me this opportunity to go to school.”

58. “I just kept telling myself that ultimately, the money that my grandparents had put away to go into my college fund, that they were investing for me to go to school and get this education, it had to be worth something.”

59. “I’d have to say the best part of being successful is being able to take care of my mom so she never has to worry about anything again and also being able to put my friends and people I care about in positions to win.”

60. “I dunno, there were always people believing in me, but you just gotta be confident in whatever you wanna do.”

Did These Quotes Encourage You to Take the Next Step to Further Your Career?

The collection above demonstrates what artists usually go through to succeed in their careers. It is indeed tricky to start and maintain a job that we really enjoy. But, it’s never impossible.

No one is alone in this endeavor⁠. We all go through many uncertainties before we reach the top. Even someone as successful as G-Eazy went through the same thing!

Artists, specifically, go through a so-called creative block that can last for days, weeks, and even months. In this world where there are a lot of innovations, it is understandable that artists find it difficult to always make something new. But, like G-Eazy, we should just keep going.

With that, we hope that the list we’ve prepared was able to help you realize that things will go your way if you stay true to yourself and what you want. Passion, inspiration, and grit are all keys to unlocking the secrets to our success and happiness!

Did any of the quotes resonate with you? Which ones are your favorites? Let us know in the comments section below!