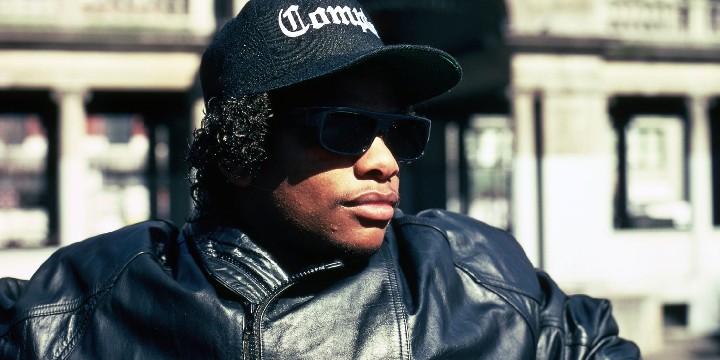 Sometimes, we fail to see how others are mistreated in this world, so we’ve curated a collection of Eazy-E quotes that will make you want to care and be involved.

Eazy-E was an American rapper who was considered ahead of his time due to his style and messages.

As a Black person, his climb to the top was much more arduous than others. This is just one example of how racial inequality manifests in our society.

Despite hardships, Eazy-E managed to be rich and famous—something he had always dreamed of—and used his fame to share his firm and unwavering thoughts.

Like him, we, too, should use our voices for just causes.

We hope that these Eazy-E quotes that we’ve collected will urge you to be more vocal and compassionate!

And make sure to read these Tupac quotes and Biggie Smalls quotes.

1. “If you want to get your point across, you gotta cuss.”

4. “I’ll let the people decide what they think is good taste.”

5. “The kids from the streets don’t want preaching or messages. They want what they can identify with. They want to hear about the reality of their situation, not fairy tales. They don’t care if it’s ugly; they just want reality.”

8. “Eazy-E is going to remain Eazy-E. But I will not portray Compton as a bad city.”

10. “I have seven children by six different mothers. Maybe success was too good to me.”

13. “Why do you think the fans like us—why they prefer our street raps over all that phony stuff out there? Because we’re telling the real story of what it’s like living in places like Compton. We’re giving them reality. We’re like reporters. We give them the truth.”

14. “People where we come from hear so many lies that the truth stands out like a sore thumb.”

15. “Who gave it that title, gangsta rap? It’s reality rap. It’s about what’s really going on.”

17. “If we could, we’d change a lot of things. But the only thing that’s going to really change things is money and time. And time might just make it worse, too.”

Political Eazy-E Quotes About the Police

18. “The Black police in Compton are worse than the White police.”

19. “Not all cops are bad, but this kind of harassment has been going on for years in the ghetto.”

20. “Yeah, I was a brother on the streets of Compton doing a lot of things most people look down on but it did pay off. Then we started rapping about real stuff that shook up the LAPD and the FBI. But we got our message across big time, and everyone in America started paying attention to the boys in the hood.”

21. “What the cops did to Rodney King was wrong, and the officers who beat him should be sent straight to prison.”

22. “Now I’m in the biggest fight of my life, and it ain’t easy. But I want to say much love to those who have been down to me. And thanks for your support. Just remember: It’s your real-time and your real life.”

23. “I’m not saying this because I’m looking for a soft cushion wherever I’m heading, I just feel that I’ve got thousands and thousands of young fans that have to learn about what’s real when it comes to AIDS. Like the others before me, I would like to turn my own problem into something good that will reach out to all my homeboys and their kin. Because I want to save their asses before it’s too late.”

28. “Another murder I committed made the front page.”

29. “I go to correctional facilities and talk to kids there. They have little kids in there who are, like, 12 years old, stealing cars and stuff like that.”

30. “I’m not a registered Republican or Democrat. I don’t even vote.”

Did These Quotes Ignite a Feeling of Empathy in You?

Our Black friends have always been victims of unequal treatment. We’ve come a long way in fighting racial injustice, but we still have a lot to improve on. Eazy-E did his part by spreading awareness that such problems exist.

Using his talent in music, he let his audience know how he managed to put up a fight against racial injustice. He died at the early age of 30, but he definitely left an impact through his words and lyrics.

Eazy-E used his platform to forward the truth about their reality. So, like him, let us also use our voices and stand up for what is right. Always utilize your resources to stay informed about different issues in the world and to go against the tide.

We hope that this quote collection was able to trigger a feeling of solidarity in you. Let these Easy-E quotes remind you that there is an unjust world out there and that we only have each other to depend on. After all, it is never wrong to be part of something bigger than ourselves!