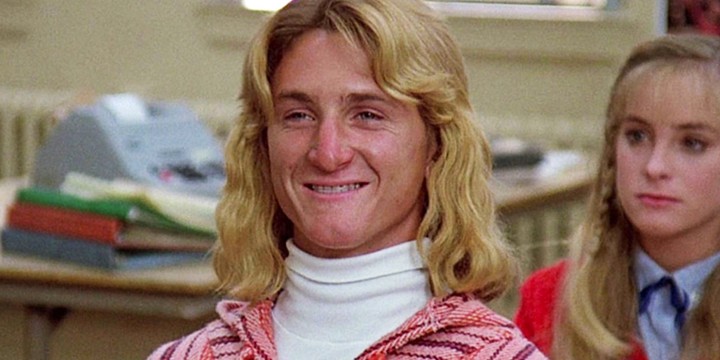 Ride the waves of joy as we revisit these famous and hilarious Jeff Spicoli quotes.

Jeff Spicoli is one of the most compelling characters in the 1982 comedy-drama movie, Fast Times at Ridgemont High. Introduced as a laid-back, stoned, and playful character, Jeff Spicoli brings out the humor that makes the crowd howl with laughter.

And, as a character who has no interest in school, he’s often caught on a face-off with his history teacher, Mr. Hand. Through the movie, we can see their classic teacher-student, love-hate relationship.

When you see both of them on your screen, there’s no doubt that you’ll just laugh out loud because of their interactions and hilarious banter.

He is a happy-go-lucky guy who avoids responsibilities. But, despite being carefree, Jeff Spicoli is such a big dreamer; he aspires to live a fun-filled life and hopes to be the best surfer. For him, surfing is not just a sport, but it’s his way of life.

Undoubtedly, Jeff Spicoli is a character that embodies the traits of a person who has big dreams and strives to achieve them.

Dive into his world filled with waves of fun and laughter through the list below!

And don’t forget to check out these Fast Times at Ridgemont High quotes and Clueless quotes.

2. Mr. Hand: “Am I hallucinating here? Just what in the hell do you think you’re doing?”

Jeff Spicoli: “Learning about Cuba, and having some food.”

Jeff Spicoli: “I’ve been thinking about this, Mr. Hand. If I’m here and you’re here, doesn’t that make it our time? Certainly, there’s nothing wrong with a little feast on our time.”

Mr. Hand: “You’re absolutely right, Mr. Spicoli. It is our time. Yours, mine, and everyone else’s in this room. But it is my class. Mr. Spicoli has been kind enough to bring us a snack. Be my guest. Help yourselves. Get a good one.”

3. “Life comes at you pretty fast. If you don’t stop and look around once in a while, you could miss it.”

4. “What Jefferson was saying was, ‘Hey! You know, we left this England place ’cause it was bogus; so if we don’t get some cool rules ourselves—pronto—we’ll just be bogus, too!’ Get it?”

7. “Be noble. Be aggressive. The thing about missile command is to decimate before you can be decimated. Just like in real life.”

9. “Well I’ll tell you, Stu, I did battle some humongous waves. But like I told the guy on ABC, ‘danger is my business.’”

10. “This will be a little demonstration of that, listen up. That was my skull. I’m so wasted!”

14. “Relax, alright? My old man is a television repairman, he’s got this ultimate set of tools. I can fix it.”

16. “Thought I’d do the whole surf-bum thing, but it turns out I don’t like surfers or bums.”

Jeff Spicoli: “I just couldn’t make it on time.”

Jeff Spicoli: “Well, there’s like a full crowd scene at the food line.”

20. Brad Hamilton: “Hey, you guys had shirts on when you came in here.”

Jeff Spicoli: “Well, something must have happened to them.”

24. Jeff Spicoli: “I’ll tell you this. If he hassles me again, I can’t be responsible for what happens—you know why?”

Jeff Spicoli: “You got it.”

Peter Griffin: “How often do you go?”

Jeff Spicoli Quotes to Help You Reminisce About Your Favorite Scenes

Jeff Spicoli: “I am today.”

28. “Heading over to the Australian and Hawaiian internationals, and then me and Mick are going to wing on over to London and jam with the Stones.”

Mr. Hand: “No problem at all. I think you know where the front office is.”

30. Mr. Hand: “Food will be eaten on your time. Why are you continuously late for this class, Mr. Spicoli? Why do you—shamelessly waste my time like this?”

Jeff Spicoli: “That’s the name they gave me!”

Jeff Spicoli: “What for?”

33. Mr. Hand: “‘Mr. Hand, will I pass this class?’ Gee, Mr. Spicoli, I don’t know! That’s nice. I really like that! You know what I’m going to do? I’m going to leave your words on this board for all my classes to enjoy, giving you full credit, of course, Mr. Spicoli.”

34. Jefferson’s Brother: “Have you seen the new Playboy?”

35. Peter Griffin: “I hear you brought a film clip with you. Do you want to set it up for us?”

Jeff Spicoli: “Well, it pretty much speaks for itself. Peter, you want to run with it?”

36. “Merv, I’m thinking—I’ve only got about four good hours of surfing left before these little clowns from junior high start showing up with their boogie boards.”

46. “This is a cop. He’s definitely cruising me at a busting distance.”

48. “You know the thing I love about Mustangs? The steering wheel.”

What Did These Quotes Teach You About Ambition and Being True to Yourself?

Jeff Spicoli is an intriguing character that brings spectacular entertainment to the movie, Fast Times at Ridgemont High. His carefree demeanor and admirable confidence make his character shine.

Because of society’s standards, most people would call Jeff Spicoli a slacker and someone whose dreams are futile and useless. But, true fans of the movie know that he is anything but unambitious. He is someone who knows what he wants and does things that he knows he’s good at.

Other people’s opinions do not matter to him because he recognizes that sticking to one’s passions is what would lead to true happiness. After all, it is only when we embrace our true selves and do what we love doing that we can say we’re living a fulfilled life.

Like Jeff Spicoli, let’s be honest with ourselves, face life with positivity, and strive for the things we love. With that, we hope that these quotes were able to give you the confidence to pursue what your heart truly wants to achieve! Don’t hold yourself back, and just live!

Which of these quotes is your favorite? Did you enjoy our collection? Please, let us know by leaving a comment below.