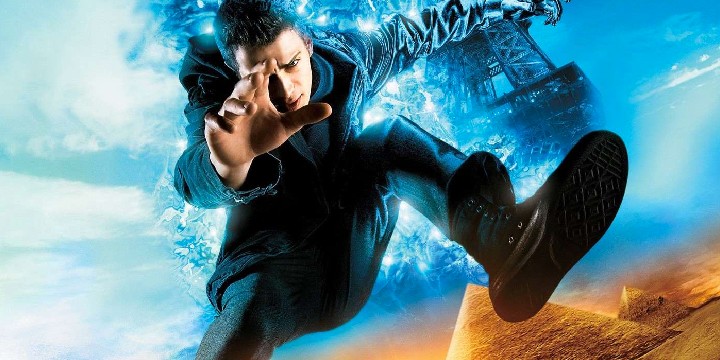 Dive deep into these Jumper quotes that will show you how accepting your true self can help you save others and make the world a better place.

Jumper is an American science fiction film loosely based on Steven Gould’s 1992 novel of the same title. The film follows David, a young man with the ability to teleport. He uses his gift to jump into different vaults and steal wealth.

Because of the life he led, he is pursued by a secret society intent on killing him. David then realizes that his powers can be used for good. So, even with the dangers that lie ahead, he used his extraordinary power to help others.

It’s never too late to use your gifts for the good. Remember that you can always change for the better. To remind you of that, we’ve compiled a list of quotes from the movie that will guide you in making better decisions in life.

And make sure to read these The Martian quotes and Inception quotes.

3. “Usually in my life when things seem too good to be true it’s because they are.” – Millie

4. “The first thing I want to make clear is that this violence, this terrorism, is not cultural.” – David

Jumper Quotes to Relive the Movies’ Most Memorable Scenes

9. “I think there’s something you’re not telling me.” – Millie

Mary Rice: “I’m giving you a head start, son. Because I love you.”

Funny Jumper Quotes for a Day Full of Laughter

David: “Actually, I’m the only one who can keep following you.”

Griffin: “It’s called a lair. And what’s the point?”

18. “Big coliseum, guy peeing―it’s not a fashion show, can you give me some space?” – Griffin

Jumper Quotes That Zoom in on the Characters’ Powers

Griffin: “I like to walk for a change. Makes me feel normal.”

21. David Rice: “How’d you keep it a secret from people? Like your parents.”

Griffin: “It’s pretty easy when they’re not around.”

22. “I told you I’m different. I could have dropped you with the sharks.” – David

23. “If it moves, I can jump it. Actually, I knew this Jumper once―crazy bastard―tried to hop a whole building. Won’t be trying that again.” – Griffin

24. “Let me tell you about my day so far. Coffee in Paris, surfed the Maldives, took a little nap on Kilimanjaro. Oh, yeah, I got digits from this Polish chick in Rio. And then I jumped back for the final quarter of the NBA finals, courtside of course. And that was all before lunch. I could go on, but all I’m saying is, I’m standing on top of the world.” – David

More Jumper Quotes to Ponder On

25. “I still don’t know if you are human, but I know that I care for you enough that you can hurt me. You did.” – Millie

26. “Roland’s in there with his whole army. I’m going to go back there and end this, what do you think? Yeah I’m gonna blow him to Timbuktu.” – Griffin

27. “Because you are an abomination. Only God should have the power to be in all places at all times. One less of you to worry about.” – Roland

28. “Millie Harrison is being illegally held. Brian Cox kidnapped her. Who is the terrorist? Who is attacking the innocent? Release her and I’ll give you back Cox.” – David

29. “What do you think you’re doing here? Huh? If I were you, I’d jump back. You’re not supposed to see all this stuff. Get out! So if you’d like to kindly f*ck off, as in now. Maybe your girlfriend’s still alive.” – Griffin

30. “Paladins have been killing Jumpers for years. Way back since medieval times. They’re fanatics. Religious nut jobs. Inquisition, witch hunts. That was them. Look, they’re smart. They’re fast, they’re organized. No matter what, they’ll kill anyone that gets in their way. Like your family, your friends. That little girlfriend you’re traipsing around with you. They’re dead. All of them. Get used to it. It’s just a matter of time.” – Griffin

Did These Jumper Quotes Inspire You to Accept Yourself and Capitalize on Your Strong Points?

They say that everyone in life is given a unique gift or talent. For David, it’s having the supernatural ability to teleport by leaping through time and space. At first, he didn’t use his gift wisely; being different made him a target for Paladins, a group funded to kill all jumpers like him.

Many of us may wish to have superpowers. Some may want to have the power to read minds, to fly, or like David, to visit any place whenever we want to. However, having a superpower comes with a great deal of responsibility.

Acceptance, accountability, and righteousness are the main things the movie wants to impart to its audience. Using David’s experiences and perspective, Jumper reminds us to always think about the consequences of our decisions and actions.

We hope that these Jumper quotes were able to shed light on the importance of doing the right thing and accepting how your gifts can help improve others’ lives. Be honest with yourself and think things through. Use your talents to make a lasting impact on the world.

Which of these Jumper quotes are your favorites? What did you learn from this collection? Please, let us know by sharing your thoughts below.