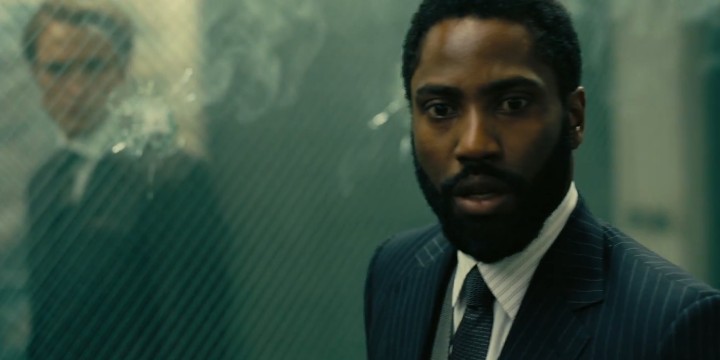 If you enjoy sci-fi movies about time travel and changing the world for the better, then these Tenet quotes might inspire you.

This sci-fi movie was released in 2020 and directed by Christopher Nolan. Tenet revolves around an unnamed agent known as The Protagonist. In the movie, he learns how to manipulate time in order to avert an attack that threatens to destroy the present world.

He was in charge of looking into inverted weapons of war, which are thought to be from the future and sent back in time to change or erase the past. It’s intense, thrilling, and will definitely keep you on your toes. But, aside from all the action-packed scenes, Tenet is a way for us to just stop and reflect on the time we have on our hands.

It’s a movie that explores deeper insights into how the world works and how our actions now will affect our future. If you want to know more about this topic, or even if you’re simply a fan of sci-fi movies, these Tenet quotes should be on your must-read list!

And don’t forget to check out these Inception quotes and Interstellar quotes.

1. “One man’s probability of death is another man’s possibility for a life.” – Sator

2. “Time isn’t the problem, it’s getting out alive that’s the problem.” – Neil

3. “Lying is the Standard Operational Procedure.” – The Protagonist

4. “The detritus of a coming war. Even the dead need allies.” – Barbara

5. “We’re being attacked by the future. And we’re fighting over time.” – Priya

6. “But can we change things if we do it differently?” – The Protagonist

8. “Each generation looks after its own survival.” – The Protagonist

9. “I told you, you have to start looking differently at the world.” – The Protagonist

10. “What’s happened, happened, it’s an expression of faith in the mechanics of the world, it’s not an excuse for doing nothing.” – Neil

11. “It’s the bomb that didn’t go off. The danger no one knew was real. That’s the bomb with the real power to change the world.” – Neil

12. “We all feel like we would run into the burning building, but until you can feel the heat you will never know.” – Fay

13. “I’ve been thinking, we’re their ancestors. If they destroy us, won’t that destroy them?” – The Protagonist

14. “You don’t negotiate with a tiger. You watch the tiger until it turns on you and reveals its true fucking nature.” – Sator

16. “Our clients use us because we have no priority above their property.” – Gallery Director

21. “What’s happened, happened. I get it now. But it’s harder to take things on trust from people speaking half-truths.” – The Protagonist

22. “This reversing the flow of time—doesn’t us being here now, mean it never happened? Could we stop them?” – The Protagonist

23. “One of these bullets is like us, traveling forwards through time. The other ones going backward. Can you tell which is which?” – Barbara

Deep Tenet Quotes That Will Make You Think

25. “Fighting fire with fire is a treacherous business.” – Priya

26. “You were a part of this before we even met.” – The Protagonist

27. “You are not shooting the bullet, you are catching it.” – Barbara

31. “But you’re not angry enough. Because anger scars over into despair. I look in your eyes—I see despair.” – Sator

33. “In a parallel world’s theory, we can’t know the relationship between consciousness and multiple realities.” – Neil

34. “You don’t work for us. You’re dead. Your duty transcends national interests. This is about survival.” – Fay

Tenet Quotes to Push You to Save the World

36. “Do you think you are the only one capable of saving the world?” – Kat

37. “Ours, my friend. We’re the people saving the world from what might have been.” – Neil

38. “Save the world and then we will balance the books.” – Sir Michael Crosby

Tenet Quotes for Everyone Who’s Curious About the Movie

39. “You went back in time and killed your own grandfather. How could you’ve been born to commit the act?” – Neil

The Protagonist: “It hasn’t happened yet.”

41. Sator: “This is where our worlds collide. How would you like to die?”

Sator: “You chose the wrong profession.”

42. The Protagonist: “You wanna crash a plane?”

The Protagonist: “Well, how big a plane?”

Neil: “That part is a little dramatic.”

43. The Protagonist: “Well to do what I do, I need some idea of the threat we face.”

Barbara: “As I understand it, we are trying to prevent World War III.”

44. Barbara: “No small talk. Nothing that will reveal who we are or what we do.”

The Protagonist: “I thought I was here to find out what we do?”

45. “Look, no offense, but in this world where someone is claiming to be a billionaire, Brooks Brothers won’t cut it.” – Sir Michael Crosby

46. “Everyone assumes terrorism, but no one’s died so swift extradition then lost in the system. It’ll barely make the news.” – Mahir

47. The Protagonist: “I’ll manage. You British don’t have a monopoly on snobbery, you know.”

Sir Michael Crosby: “Well, not a monopoly. More of a controlling interest.”

53. “His ignorance is our only protection.” – The Protagonist

55. “Someone manufacturing them in the future. And they’re streaming back to us.” – Barbara

57. The Protagonist: “He can communicate with the future?”

Priya: “We all do, don’t we. Email, credit cards, texts. Anything that goes into the records speaks directly to the future. The question is, can the future speak back?”

More Tenet Quotes for You to Enjoy

58. “Now that we know what to look for, we’re finding more and more inverted material.” – Barbara

59. “Even a nuclear weapon could only affect our future. An inverted weapon can affect our past also.” – Barbara

60. “An inverted bullet passing through your body would be devastating. Not pretty.” – Barbara

Did These Tenet Quotes Inspire You to Live a Better Life So That Future Generations Will Not Suffer?

John David Washington plays The Protagonist—a man who works for a secret organization called Tenet. As an agent, his primary mission is to stop future generations from destroying the present world and erasing the past.

Tenet is a great movie to watch, not just for sci-fi enthusiasts, but also those looking for a movie with profound life lessons. As we see the interactions between the past and the future, we’re reminded that even our smallest actions can cause a domino effect on the world, especially our future.

It serves as a reminder that one should constantly be aware of the actions and decisions one makes. We all live in the same world, and even if we don’t know it right now, we might be affecting someone on the other side of the planet.

With that, we hope that these Tenet quotes were able to encourage you to think about the difference you can make—now and for future generations. Remember that we all have the power to change the world, so make sure to use it for good!

Which of these Tenet quotes motivated you to create a better future? Join the discussion below!