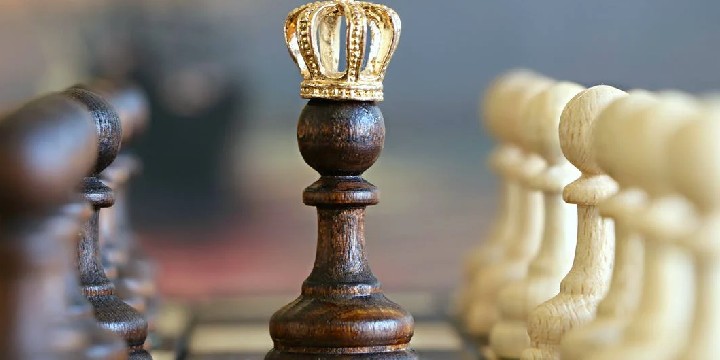 Let these king quotes guide you into making more informed and better decisions for yourself and the people around you!

When we think about kings, we imagine someone powerful and intimidating ruling over a kingdom. But, that is not the only thing that defines what a king is. He is also a steward—someone who protects the people and becomes the leader of a nation.

Whether or not a king is a great leader depends on how he treats his people. Kings face difficult decisions that will affect the people he rules over. And, through that, we get a better understanding of how difficult it is to lead.

It requires a lot of hard work, dedication, and the ability to make tough decisions and face criticism head-on. Kings face these difficulties daily, and it is only through a great mindset and foresight that they will be able to make just choices.

So, if you are the kind of person who admires people who can lead well and with great poise, then this list of king quotes will be perfect for you!

Read on and find out how vital kings are to society and the world.

And don’t forget to check out these queen quotes and powerful quotes.

1. “For surely a king is first a man. And so it must follow that a king does as all men do—the best he can.” – Cameron Dokey

2. “Kings are the slaves of history.” – Leo Tolstoy

3. “In the country of the blind, the one-eyed man is king.” – Desiderius Erasmus

4. “Kings ought to differ from their subjects, not in kind, but in perfection.” – Aristotle

8. “All kings are foes of all the men they rule.” – Hortense Flexner

12. “The king’s name is a tower of strength. Which they upon the adverse party want.” – William Shakespeare

13. “What are kings, when regiment is gone, but perfect shadows in a sunshine day?” – Christopher Marlowe

14. “Kings are not born. They are made by universal hallucination.” – George Bernard Shaw

17. ” Kings are like stars. They rise and set, they have the worship of the world, but no repose.” – Percy Bysshe Shelley

18. “There can be no failure to a man who has not lost his courage, his character, his self-respect, or his self-confidence. He is still a king.” – Orison Swett Marden

19. “Every man is a king so long as he has someone to look down on.” – Sinclair Lewis

21. “The king’s name is a tower of strength—strong, tall, unassailable.” – William Shakespeare

23. “Once a king, it was impossible, without risk of life, to sink to a private station.” – Mary Wollstonecraft Shelley

24. “It is the king’s office to protect and settle the true interpretation of the law of God within his dominions.” – James I

Short King Quotes to Ponder On

25. “A crown it is, that seldom kings enjoy.” – William Shakespeare

26. “A king without power is an absurdity.” – James Monroe

27. “Be royal in your own fashion. Act like a king to be treated.” – Robert Greene

34. “This magistrate is not the king. The people are the king.” – Gouverneur Morris

35. “Every king must have a fool or risk becoming the fool himself.” – W.H. Mitchell

36. “The king reigns but does not govern.” – Louis Adolphe Thiers

38. “Kings may love treason, but the traitor hate.” – Thomas Dekker

39. “Poor man wanna be rich. A rich man wants to be king. And a king ain’t satisfied ‘till he rules everything.” – Bruce Springsteen

41. “A king is a thing men have made for their own sakes, for quietness sake. Just as in a family, one man is appointed to buy the meat.” – John Selden

42. “No race of kings has ever presented above one man of common sense in 20 generations.” – Thomas Jefferson

43. “A king is a mortal god on earth, unto whom the living God hath lent his own name as a great honor; but withal told him, he should die like a man, lest he should be proud, and flatter himself that God hath with his name imparted unto him his nature also.” – John Locke

King Quotes for Those Who Want to Be Good Leaders

44. “Kindness and faithfulness keep a king safe. Through kindness, his throne is made secure.” – Solomon

46. “He that can work is born to be king of something.” – Thomas Carlyle

47. “Because a man plays a king superbly well does not mean that he would make a good king.” – Louis L’Amour

49. “He who reflects attentively upon the duties of a king trembles at the sight of a crown.” – De Levis

50. “Kings govern by popular assemblies only when they cannot do without them.” – Charles James Fox

King Quotes to Make You Wise and Clever

52. “You have to beat the king to be the king. No one is going to hand you a gold medal.” – Donovan Bailey

53. “Wise kings generally have wise counselors, and he must be a wise man himself who is capable of distinguishing one.” – Diogenes

54. “The enemies cannot destroy the king who has at his service the respect and friendship of the wise men who can find fault, disagree, and correct him.” – Thiruvalluvar

55. “Kings also sleep. But the clever ones, with one eye open, just like dolphins and whales.” – Mehmet Murat İldan

56. “Kings are as strong as so many Hercules’s; but then, as to their wisdom, or their goodness, there is not much to say.” – Jeremy Bentham

57. “Kings in this world should imitate God. Their mercy should be above their works.” – William Penn

58. “A king that would not feel his crown too heavy for him must wear it every day, but if he thinks it too light, he knows not of what metal it is made.” – John Locke

59. “To be a king and wear a crown is a thing more glorious to them that see it than it is pleasant to them that bear it.” – Elizabeth I

61. “An ordinary idle king on a constitutional throne will leave no mark on his time: he will do little good and as little harm.” – Walter Bagehot

62. “Kings have to deal with their neighbors, their wives, their children, their prelates or clergy, their nobles, their second-nobles or gentlemen, their merchants, their commons, and their men of war; and from all these arise dangers, if care and circumspection be not used.” – Francis Bacon

63. “Kings are right to fear the blotting out of the sun. If you stake your political legitimacy on the divine right on the idea that your dominion was written, by God, into the very laws of nature. You have a big problem when the natural order begins to unwind, right before your subjects’ eyes, in the most dramatic way possible.” – Ross Andersen

More King Quotes That You Must Read Right Now

64. “There’s a fine line between gossip and history when one is talking about kings.” – Michelle Cooper

65. “Kings are never without flatterers to seduce them, ambition to deprive them, and desires to corrupt them.” – Plato

67. “Little by little, the old world crumbled, and not once did the king imagine that some of the pieces might fall on him.” – Jennifer Donnelly

68. “He played the king as if afraid someone else would play the ace.” – John Mason Brown

69. “Every citizen is king under a citizen king.” – Favart

70. “King is a title which translated into several languages, signifies a magistrate with as many different degrees of power as there are kingdoms in the world, and he can have no power but what is given him by law; yea, even the supreme or legislative power is bound by the rules of equity, to govern by laws enacted, and published in due form; for what is not legal is arbitrary.” – John Arbuthnot

Did This List of King Quotes Show You the Ideal Personality of a Good Leader?

Kings are some of the most influential people in the world, both literally and figuratively. They are people who show no fear in dealing with adversity and are brave when facing challenges. All kings dare to face their foes head-on without cowardice.

This title is something a lot of people crave. But, we must realize and understand the saying, “With great power comes great responsibility.” Being a king is not easy; it’s messy and comes with a lot of work, responsibilities, and expectations.

While being a king, in itself, is difficult, being a good and just king and ruler is even more challenging. You’ll have to face many more tough choices and decisions aside from the hard work, commitment, and sacrifice you’re expected to do and give. You’ll have to constantly choose the good and benefit of others over yours to govern, protect, and lead your people well.

With that, we hope this list was able to serve as an eye-opener for you. Let the responsibilities of a king weigh on your mind the next time you’re making a decision. After all, your choices affect your life and the life of your loved ones, too.