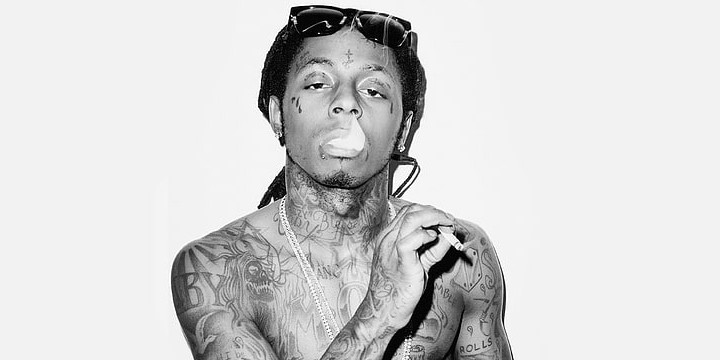 There’s no other way to start your day than reading through these top 130 Lil Wayne quotes.

As one of the top-selling artists in hip-hop in his generation, you’ll pick up several points of his versatile wisdom from music to his haters, as well as a quick story from his song lyrics that will inspire you to believe that the game of life is like a hool-a-hoop.

Many of Lil Wayne’s songs received criticism, stating that his songs were of poor quality—that his lyrics were defective and can be considered as a bad influence on young individuals all over the world.

Well, thanks to the media for blowing this out of proportion, we were able to uncover a treasure pile of his uncensored inspiration.

And don’t forget to check out these NBA YoungBoy quotes and Kendrick Lamar quotes too.

4. “I feel like everything I do is successful and productive. It’s gonna be hard to tell me I’m slipping.”

7. “I tried to pay attention, but attention paid me.”

10. “I’m blessed and I thank God every day for everything that happens for me.”

11. “Mirror on the wall, through my rise and fall, you’ve been my only friend.”

13. “Sometimes I wanna drop a tear, but no emotion from a king.”

15. “Trying to tear down the past prohibits you from building up your future.”

16. “I’ve been criticized for the things I chose and things I’ve chosen to do.”

18. “The more time you spend contemplating what you should have done, you lose valuable time planning what you can and will do.”

19. “Somewhere along the way in your life, the world and its people will have a problem with you. That’s their problem. Not yours.”

20. “I’m an addict, I’m addicted to success. Thankfully, there’s no rehab for success.”

21. “Everybody dies, but not everybody lives!”

22. “Surround yourself with love, not friends.”

23. “I stick to the script, I memorize the lines, cause life is a movie that I’ve seen too many times.”

24. “Never apologize for what you feel. It’s like being sorry for being real.”

25. “I know the world is so cold and deceiving, but I keep my head up like my nose is bleeding.”

26. “You are supposed to be able to do anything in this world. That’s what Martin Luther King told me.”

27. “I don’t think life is about a pace—living slow or fast. I think you just live.”

29. “I’m a lion on redeem, inspired by the green. Never tired or fatigued, never defiant to my team.”

30. “Hate is only a form of love that hasn’t found a way to express itself logically.”

34. “Love is like a rubber band—both pull on, one releases, and it hurts the person who has held it.”

36. “When a girl cries over a guy, she really loves him. When a guy cries over a girl, he will never love another girl like her.”

40. “You have to self-reflect. If you forget who you actually are, then what’s the use of even looking in the mirror.”

41. “Never back down from a real challenge. They give the best lessons in life. “

42. “Things I say have value and I would love for you to value them, however you get it.”

45. “I don’t want to be understood because if people understand me, they get tired of me.”

50. “Everything gets better with time, and time is forever.”

51. “I am probably in the sky, flying with the fish, or maybe in the ocean, swimming with the pigeons. See, my world is different.”

52. “There’s strength in numbers but there’s honor over strength.”

53. “Had to swallow my pride, though, swear it tastes like spearmint.”

55. “A million feelings. A thousand thoughts. A hundred memories. All for one person.”

56. “Confidence is the stain they can’t wipe off.”

58. “Don’t judge me. You wanna judge me, put on a black gown and get a gavel. Get in line with the rest of them that’s about to judge me. I got court dates every other month. It’s me against the world, that’s how I feel.”

61. “I know it’s an experience that I need to have if God’s putting me through it.”

63. “God can judge me, I don’t need a jury. Nothing standing in my way, like nothing’s my security.”

65. “I am very humble, and I am very gracious and very grateful for everything that happens to me and about me and around me.”

67. “A blessing in disguise is right before our eyes. But since it’s a disguise, we do not know that it’s there.”

68. “Jail didn’t make me find God, He’s always been there. They can lock me up, but my spirit and my love can never be confined to prison walls.”

69. “I hope I leave more of an impression on my kids. To be destined to have blessings to believe in, Lord.”

Lil Wayne Quotes on His Music and Rapping

71. “I believe music should reflect yourself in some way and not just yourself at the given time. I feel that when you die or when you’re going, someone’s supposed to listen to that music and know everything about you. And I just try to get that across.”

72. “Honestly, I don’t listen to anybody else’s music but my own. It’s kind of like sports to me. You don’t see Kobe Bryant at a LeBron James game, he just works on his own game. And that’s what I do. I only listen to myself, so I can criticize and analyze all those things.”

73. “My aim is just to make good music every single time.”

76. “Everybody knows, I don’t do no promoting. I don’t ever have to promote nothing—that’s the beauty of Lil Wayne.”

77. “Keep your mouth closed, and let your eyes listen.”

80. “Protect me from my friends. I can take care of my enemies.”

81. “They say love is the key. Somebody change the lock.”

84. “I just always expect the best because I’m a competitor and if I’m competing, then obviously I’m trying to be better in everything.”

85. “When I started flirting with the hustle, failure became my ex, now I’m engaged to the game and married to success.”

87. “Prepared for the worst, but still praying for the best.”

88. “Most of you don’t get the picture unless you got the flash on!”

More Lil Wayne Quotes That Will Make Your Day

95. “If a girl understands your BS, sticks with you through your mistakes, smiles even when you’ve done nothing for her, it’s obvious she’s a keeper.”

96. “They paint me as a villain, I just autograph the artwork.”

98. “Haters only hate things they can’t have and the people they can’t be. It’s just a little thing called jealousy.”

103. “Take the shoes off your teeth and quit running your mouth.”

104. “The most bizarre thing I’ve ever read about myself is that I was dead. That was kind of weird to read that I’m dead—mostly because I was reading it.”

110. “The dirt under your feet could be the grave you fill. You don’t know how dead you feel ’til you’re dead for real.”

Lil Wayne Quotes From His Albums and Songs

120. “Blessings shower from the north side—from the brightest flower out the darkest skies. Love is blind, but we caught eyes. It’s a bumpy road but a joyride.”

121. “Take a good look at what you are looking at, you never know when it’s your last look.”

124. “The object in the mirror is closer than it appears. And sometimes I fear who in the mirror, that n*gg* weird. He died so many times but is still here.”

129. “When I was five, my favorite movie was the gremlins. Ain’t got sh*t to do with this, juss thought that I should mention.”

Did These Lil Wayne Quotes Inspire You to Shine Your Light Without The Fear of Everybody’s Opinion?

It starts with just a few words coming out of someone else’s mouth. But as they pour out, you may start to feel stupid or perhaps rejected and like you’re getting smaller. Being criticized can be a tough thing to handle, even though it sometimes can be very useful to help you grow or improve something you do.

As John Wooden said, ‘You can’t let praise or criticism get to you. It’s a weakness to get caught up in either one.’

Obviously, Lil Wayne did not let it faze him; he continued to speak and stand out of what he believes and continue his passion on creating meaningful music. The artist doesn’t have time to listen to the critics.

The ones who want to be writers read the reviews, the ones who want to write don’t have the time to read reviews. In simple terms, don’t criticize what you don’t understand. You never walked in that man’s shoes, but learn to accept other people’s judgement on you to evaluate yourself and be fearless in a good way.

Were you inspired by this collection of Lil Wayne quotes and his songs? Which ones are your favorites? List them down in the comments section below.