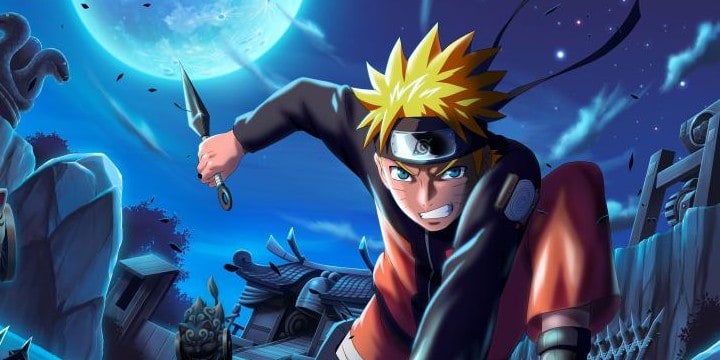 If you’re a fan of anime, then these Naruto Uzumaki quotes offer familiar dialogues that can serve as an inspiration when you’re feeling down or if you’re in need of a little motivation to continue pursuing your dreams.

In the series, we follow Naruto’s journey from childhood through his teenage years.

We see how he constantly overcomes the different obstacles he faces and how he never gave up on his dreams—even if at the beginning, no one really believed in him aside from himself.

Learn more about his journey in life through the collection below.

1. “I am strong because I have people to protect.”

2. “Failing doesn’t give you a reason to give up as long as you believe.”

3. “Don’t underestimate me! I don’t quit and I don’t run! You can act tough all you want! You’re not gonna scare me off! No way! I don’t care if I do get stuck as a Genin for the rest of my life! I’ll still be Hokage someday.”

4. “There is no telling what kind of pain will come after me, but if I stop believing because of that, if the hero should change, it’ll turn into another story from the one my master left behind. Then it won’t be Naruto!”

5. “I already have many people who are important to me now, and I can’t let you hurt any of them. Even if I have to kill you!”

6. “People who continue to put their lives on the line to defend their faith become heroes and continue to exist on in legend.”

7. “Because they saved me from myself, they rescued me from my loneliness. They were the first to accept me for who I am. They’re my friends.”

9. “If I become as strong as you, will I really become like you? To die as a tool, that’s just too sad.”

11. “The pain of being alone is not an easy one to bear. Why is it that I can understand your pain?”

12. “I can’t write novels like my master did. That’s why the sequel has to come from the life I live. No matter how great the pain, I’ll continue walking because that’s who Naruto is!”

16. “So shut up about destiny and how people can’t change! Because unlike me, you’re not a failure.”

18. “The only thing that can keep a fire from dying and give it more power, is wind.”

19. “Hard work is worthless for those that don’t believe in themselves.”

20. “I’m the only one who can bear the full brunt of your hate! It’s my job, no one else’s! I’ll bear the burden of your hatred, and we’ll die together!”

21. “The many lives lost during long years of conflict—because of those selfless sacrifices, we are able to bathe in peace and prosperity now.”

22. “It’s not the face that makes someone a monster, it’s the choices they make with their lives.”

24. “Listen to yourself whining and complaining like some sorry little victim. You can whimper all day for all I care, you’re nothing but a coward!”

26. “My power isn’t the Rasengan, or Sage Jutsu, or the Nine Tails chakra. My power is right here.”

30. “If you don’t like your destiny, don’t accept it. Instead, have the courage to change it the way you want it to be!”

31. “I will become a bigger badass than my father, and a stronger shinobi than my mother!”

32. “When people have different opinions, you should apply the majority vote.”

33. “To ingrain this history within the new generation will be a vital cog in helping to maintain the peace.”

34. “My name is Uzumaki Naruto. I like ramen. I hate the three minutes you have to wait while the water boils. And my dream is to one day become a Hokage. Then everyone will have to respect me at last.”

35. “While you’re alive, you need a reason for your existence. Being unable to find one is the same as being dead.”

39. “When you give up, your dreams and everything else, they’re gone.”

40. “When people are protecting something truly special to them, they truly can become as strong as they can be.”

43. “The pain of being alone is completely out of this world, isn’t it? I don’t know why, but I understand your feelings so much, it actually hurts.”

44. “We’re just some normal ninja, we don’t want to see what’s under your mask.”

45. “If the world ended, who would you spend your last day with?”

46. “I care more about others than I do myself, and I won’t let anyone hurt them.”

48. “Love breeds sacrifice, which in turn breeds hatred. Then, you can know pain.”

49. “I couldn’t understand what a parent’s love was like because you guys were never there, so I could only guess. But now I know, I live because you and Dad gave your lives for me and filled me up with love before the Nine-tails was inside me! So here I am, happy and healthy! I’m glad I ended up being your son!”

50. “I want to be with you. From now on, I want to spend all and every single one of my days until I die with you, and only you.”

Did These Naruto Uzumaki Quotes Make You Feel That You’re Capable Of Achieving Anything You Want in Life?

Naruto Uzumaki’s character was straightforward and direct, and sometimes, he even acts immediately without thinking things through. However, we do pick up a lot of wisdom from every episode in the series. In his actions, we see that the most important thing is to believe in oneself—that’s why he constantly charges through and overcomes everything he faces. However, it doesn’t stop there. He teaches us that teamwork is also important—with your friends and people who believe in you, you can accomplish everything.

Were you able to relate to these quotes from Naruto? Which quotes had the most impact on you? Let’s have a discussion in the comments section below.