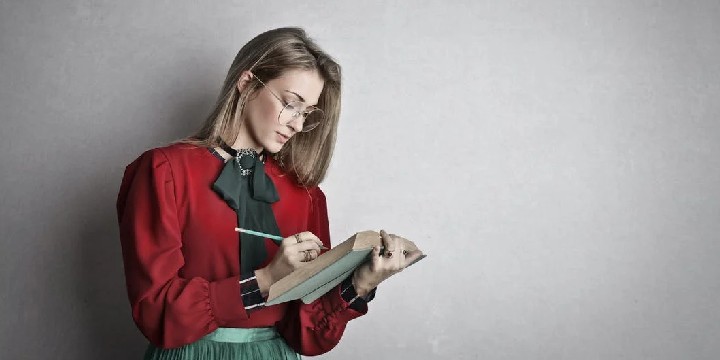 These top 60 prudence quotes will make you think about your future and help you develop a sense of what’s appropriate and what isn’t!

Are you the type of person who’s afraid to make decisions because you don’t want to make the wrong ones?

Well, it’s normal. Prudence is why some people, including yourself, overthink some actions and decisions.

This is because prudence is all about being cautious. It is being able to make sound judgments when taking risks and making choices.

Also, prudence gives you the wisdom to act accordingly when facing challenges.

Prudence is the virtue that will keep you from making mistakes instead of rashly rushing into doing something stupid.

However, it can also be a double-edged sword because if you are overly cautious, it can lead to inaction.

If you’re curious about the pros and cons of prudence in our lives, check out our entire collection below!

We’re positive you’ll leave with a few insights on how to balance your cautiousness in life.

And make sure to read these fortitude quotes and enthusiasm quotes.

1. “Prudence is no doubt a valuable quality, but prudence which degenerates into timidity is very seldom the path to safety.” – Robert Cecil

2. “Prudence does not mean failing to accept responsibilities and postponing decisions; it means being committed to making joint decisions after pondering responsibly the road to be taken.” – Pope Benedict XVI

3. “Prudence is but experience, which equal time equally bestows on all men, in all things they equally apply themselves unto.” – Thomas Hobbes

5. “Prudence is the virtue by which we discern what is proper to do under various circumstances in time and place.” – John Milton

6. “Prudence operates on life in the same manner as a rule of composition; it produces vigilance rather than elevation; rather prevents loss than procures advantage, and often miscarriages, but seldom reaches either power or honor.” – Samuel Johnson

7. “Prudence is the knowledge of things to be sought, and those to be shunned.” – Cicero

8. “Prudence is not only the first in rank of the virtues political and moral, but she is the director and regulator, the standard of them all.” – Edmund Burke

9. “Prudence is foresight and far-sightedness. It’s the ability to make immediate decisions on the basis of their longer-range effects.” – John Ortberg

10. “The rules of prudence, like the laws of the stone tables, are for the most part prohibitive. ‘Thou shalt not’ is their characteristic formula.” – Samuel Taylor Coleridge

Poetic Prudence Quotes for You to Reflect On

11. “The prudent man does himself good; the virtuous one does it to other men.” – Voltaire

12. “The eye of prudence may never shut.” – Ralph Waldo Emerson

13. “An ounce of prudence is worth a pound of cleverness.” – Baltasar Gracián

15. “Prudence is the footprint of wisdom.” – Amos Bronson Alcott

16. “Prudence, like experience, must be paid for.” – Richard Brinsley Sheridan

18. “The bounds of a man’s knowledge are easily concealed if he has but prudence.” – Oliver Goldsmith

Prudence Quotes That Will Change Your Perspective

19. “Prudence is an attitude that keeps life safe but does not often make it happy.” – Samuel Johnson

20. “Nothing wrong with cowardice as long as it comes with prudence.” – Khaled Hosseini

21. “Prudence does not save us but shows us pictures of our destroyers.” – Mason Cooley

22. “Prudence will punish to prevent crime, not to avenge it.” – Lucius Annaeus Seneca

23. “Prudence is no hesitation, procrastination, or moderation. It is not driving in the middle of the road. It is not the way of ambivalence, indecision, or safety.” – John Ortberg

Prudence Quotes to Show the Advantages of Cautiousness

24. “Prudence is a depository of virtue.” – Menander

25. “The prudent stay away from hatred and anger.” – Plutarch

26. “We accomplish more by prudence than by force.” – Tacitus

27. “Prudence advises us to use our enemies as if one day they might be friends.” – Marguerite de Valois

28. “Prudence, therefore, consists in knowing how to distinguish degrees of disadvantage.” – Niccolò Machiavelli

29. “In ethics, prudence is not an important virtue, but in the world, it is almost everything.” – Mason Cooley

30. “The great end of prudence is to give cheerfulness to those hours which splendor cannot gild, and acclamation cannot exhilarate.” – Samuel Johnson

Prudence Quotes That Are Packed With Wisdom

31. “Prudence in action avails more than wisdom in conception.” – Cicero

32. “Prudence does not make people happy; it merely deprives them of the excitement of being constantly in trouble.” – Mason Cooley

33. “Who makes quick use of the moment is a genius of prudence.” – Johann Kaspar Lavater

34. “If the prudence of reserve and decorum dictates silence in some circumstances, in others prudence of a higher order may justify us in speaking our thoughts.” – Edmund Burke

35. “Be prudent, and if you hear some insult or some threat, have the appearance of not hearing it.” – George Sand

36. “Be wise; let prudence dictate all your counsels; preserve peace with all men, if possible; stand by the constitution of your country; observe its principles; and above all, show yourselves men of God, worthy citizens.” – Joseph Smith

37. “We ought at least, from prudence, never to speak of ourselves, because that is a subject on which we may be sure that other people’s views are never in accordance with our own.” – Marcel Proust

38. “Prudence is a duty which we owe ourselves, and if we will be so much our own enemies as to neglect it, we are not to wonder if the world is deficient in discharging their duty to us; for when a man lays the foundation of his own ruin, others too often are apt to build upon it.” – Henry Fielding

Prudence Quotes to Help You Understand This Virtue

39. “Prudence is the necessary ingredient in all the virtues, without which they degenerate into folly and excess.” – Jeremy Collier

40. “Prudence is a presumption of the future, contracted from the experience of time past.” – Thomas Hobbes

42. “Prudence supposes the value of the end to be assumed and refers only to the adaptation of the means. It is the relation of right means for given ends.” – William Whewell

43. “Prudence is a quality incompatible with vice, and can never be effectively enlisted in its cause.” – Edmund Burke

44. “Prudence is the virtue of the senses. It is the science of appearances. It is the outmost action of the inward life.” – Ralph Waldo Emerson

47. “Prudence is a euphemism for fear.” – Jules Renard

48. “Prudence is the modesty of cowards.” – Henri Jeanson

49. “Prudence suspects that happiness is a bait set by risk.” – Mason Cooley

50. “Prudence is sometimes stretched too far until it blocks the road of progress.” – Tehyi Hsieh

51. “It is prudence that first forsakes the wretched.” – Ovid

Prudence Quotes to Think About

52. “Prudence never kindled a fire in the human mind; I have no hope for conservation born of fear.” – Aldo Leopold

53. “The limits of prudence: one cannot jump out of a burning building gradually.” – Mason Cooley

54. “Whoever imagines prudence all his own, or deems that he hath powers to speak and judge such as none other hath when they are known, they are found shallow.” – Sophocles

55. “Hear the words of prudence, give heed unto her counsels, and store them in thine heart; her maxims are universal, and all the virtues lean upon her; she is the guide and the mistress of human life.” – Akhenaten

More Prudence Quotes That You Will Love

57. “So soon as prudence has begun to grow up in the brain, like a dismal fungus, it finds its first expression in paralysis of generous acts.” – Robert Louis Stevenson

58. “What is prudence in the conduct of every private family can scarce be folly in that of a great kingdom.” – Adam Smith

59. “Prudence is one of the virtues which were called cardinal by the ancient ethical writers.” – William Fleming

60. “Prudence is what makes someone a great commodities trader—the capacity to face reality squarely in the eye without allowing emotion or ego to get in the way. It’s what is needed by every quarterback or battlefield general.” – John Ortberg

Do You Think Prudence Can Help You Make Better Decisions in Life?

Prudence might just be the most common virtue in our society. However, that doesn’t mean it’s always a good one.

If you’re prudent, you’ll be safe. But, sometimes, it can get too much, leading you to a boring life with no excitement, adventure, or growth. This is because you are too afraid of taking risks and grabbing the chance to experience life outside your comfort zone.

On the other hand, prudence still has a lot of advantages. For one, prudent people are careful and deliberate in their actions. This means they don’t waste time, money, or effort on things that aren’t worth it.

Prudence is not the same as being timid or afraid. Instead, it’s about ensuring you’re well-prepared for whatever comes your way. This way, you can think of a solution before getting stuck in an unfavorable position.

You’ll always need to balance things out in life. So, like everything else, strive for a balance between being adventurous and cautious. Always keep this list of prudence quotes as your guide in taking action in your future circumstances!