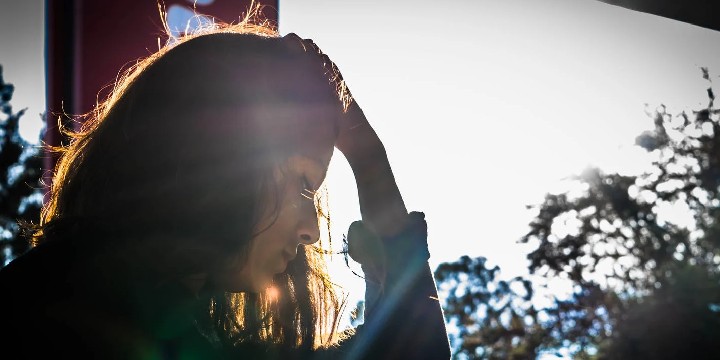 Read this list of our favorite redemption quotes to understand that we’re all humans who make mistakes.

We are all capable of doing both good and bad things in our life. Most of the time, we rush into things without thinking clearly, leading to mistakes.

However, this is all a part of life; we just have to realize our wrongdoings and do our best when given another chance.

This is where redemption comes in. No matter how low we’ve fallen, we always have a chance and a choice to improve ourselves. It is up to us to decide whether we’ll choose to move forward and onto a more positive path.

We can’t just sit back and watch life happen around us. Instead, we must actively choose to change for the better to redeem ourselves.

Read our compilation of quotes below to know more about redemption and what it entails!

1. “The idea of redemption is always good news, even if it means sacrifice or some difficult times.” – Patti Smith

3. “In life, redemption was walking up the down escalator; stop to congratulate yourself, and back you slide.” – Amy Waldman

4. “Redemption is possible, and it is the measure of a civilized society.” – Greg Boyle

5. “I don’t believe the world’s a particularly beautiful place, but I do believe in redemption.” – Colum McCann

6. “Life is full of constant ups and downs, and all I ask for is redemption in the end.” – Robin Thicke

7. “I think redemption is about righting a wrong, and in that pursuit, it’s about trying. You can stumble, you can make mistakes, but it’s about trying to do the right thing.” – Michael B. Jordan

8. “Everything which is done in the present affects the future by consequence, and the past by redemption.” – Paolo Coelho

9. “Redemption is something you have to fight for in a very personal, down-dirty way. Some of our characters lose that, some stray from that, and some regain it.” – Joss Whedon

10. “I plead for leniency. I understand that the road to redemption is going to be long for me.” – Albert Gonzalez

11. “We can be redeemed only to the extent to which we see ourselves.” – Martin Buber

12. “Your current circumstances are part of your redemption story. He is writing.” – Evinda Lepins

13. “I believe in the forgiveness of sin and the redemption of ignorance.” – Adlai Stevenson

14. “Redemption can be found in hell itself if that’s where you happen to be.” – Lin Jensen

15. “True redemption is seized when you accept the future consequences for your past mistakes.” – Eduardo Macedo

17. “I believe redemption is something you can strive for but never fully achieve.” – K.A. Tucker

Short Redemption Quotes to Ponder On

19. “Redemption comes to those who wait, forgiveness is the key.” – Tom Petty

20. “Redemption is invented by the sinner.” – Lawrence Hill

22. “Redemption is never where you expect to find it.” – Sherrilyn Kenyon

Redemption Quotes That Will Keep You Moving Forward

24. “No matter what a waste one has made of one’s life, it is ever possible to find some path to redemption, however partial.” – Charles Frazier

26. “Redemption just means you just make a change in your life and you try to do right, versus what you were doing, which was wrong.” – Ice-T

27. “We desperately need to understand something of the magnitude of sin, of evil, and of gross wickedness in this world if we are to appreciate our redemption.” – Anonymous

28. “It is his capacity for self-improvement and self-redemption which most distinguishes man from the mere brute.” – Aung San Suu Kyi

29. “Sometimes acknowledging your erroneous ways is the first step to redemption.” – Ravi Shastri

30. “No human being is so bad as to be beyond redemption.” – Mahatma Gandhi

31. “Redemption is promised at the low price of surrender of your critical faculties.” – Christopher Hitchens

32. “Seeking to forget makes exile all the longer; the secret of redemption lies in remembrance.” – Richard Von Weizsaecker

33. “Redemption is prior to righteousness. You cannot be righteous until you are first redeemed.” – Ravi Zacharias

34. “Redemption is not perfection. The redeemed must realize their imperfections.” – Brendan Fraser

Redemption Quotes That’ll Show You the Power of Love

35. “True love does have the power to redeem but only if we are ready for redemption.” – Bell Hooks

36. “And by the power of your love, they will break down under the load. That’s love, you see. It is redemptive.” – Martin Luther King Jr.

37. “Redemption is the consummation of love; other gifts are only as mites from the divine treasury, but redemption opens all the stores of indulgence and grace.” – George Winfred Harvey

Redemption Quotes for Those Who Want Another Chance

39. “A failure is an option. It’s what you do with the failure that makes you who you are. Our failures mold us. I have failed at several things in my life. What sets some of us apart is that when we fail, we can’t sleep at night. It haunts us until we have our time at redemption.” – David Goggins

40. “I guess darkness serves a purpose. To show us that there is redemption through chaos.” – Anonymous

41. “A scar is not always a flaw. Sometimes a scar may be redemption inscribed in the flesh, a memorial to something endured, to something lost.” – Dean Koontz

42. “I have to believe there’s redemption in the darkest of circumstances; otherwise, it’s too bleak for me.” – Paddy Considine

Redemption Quotes to See the Importance of Human Connection

43. “People find meaning and redemption in the most unusual human connections.” – Khaled Hosseini

44. “Hell is yourself, and the only redemption is when a person puts himself aside to feel deeply for another person.” – Tennessee Williams

45. “Life is complex. You don’t have any person who is nice from the beginning until the end. You don’t always have the notion of redemption. The bad people don’t always pay.” – Marjane Satrapi

Deep Redemption Quotes That You Must Read Today

46. “You cannot amputate your history from your destiny, because that is redemption.” – Beth Moore

47. “And while some healing does happen, it isn’t healing of redemption or epiphany. It’s more like the slow absorption of a bruise.” – Joan Wickersham

48. “The problem of restoring to the world original and eternal beauty is solved by redemption of the soul.” – Ralph Waldo Emerson

49. “The recognition of pain and fear in others gives rise in us to pity, and in our pity is our humanity, our redemption.” – Anonymous

50. “In the long run, the power of kindness can redeem beyond the power of force to destroy.” – John A. MacAulay

51. “Understanding and tenderness would arise among us no matter how bad things got, and we found redemption in the very places we hurt most.” – Lin Jensen

52. “God answers prayer on the ground of redemption and on no other ground.” – Oswald Chambers

53. “Jesus Christ is both the only price and sacrifice by which eternal redemption is obtained for believers.” – Jonathan Edwards

54. “The gospel comprises indeed, and unfolds, the whole mystery of man’s redemption, as far forth as it is necessary to be known for our salvation.” – Robert Boyle

55. “Redemption is a magnificent thing. The life of God in the soul of man.” – Leonard Ravenhill

56. “The greatest comfort in life is Christ on the move for our redemption timelessly.” – Evinda Lepins

57. “At the cross, God wrapped his heart in flesh and blood and let it be nailed to the cross for our redemption.” – Stanley Jones

58. “I have never known anyone to accept Christ’s redemption and later regret it.” – Billy Graham

59. “God’s holiness demands that sin be punished—but God’s love has provided the way of redemption through Christ.” – Billy Graham

60. “The heart of the gospel is redemption, and the essence of redemption is the substitutionary sacrifice of Christ.” – Charles Spurgeon

61. “The human being is not a fallen being in need of redemption but rather a forgetful being who must be reminded of God and his own nature.” – Anonymous

Redemption Quotes From the Bible

62. “I have blotted out your transgressions like a cloud and your sins like mist; return to Me, for I have redeemed you.” – Isaiah 44:22

63. “He sent redemption to his people; He has commanded his covenant forever. Holy and awesome is His name.” – Psalm 111:9

64. “It is because of Him that you are in Christ Jesus, who has become for us wisdom from God—that is, our righteousness, holiness, and redemption.” – Corinthians 1:30

Other Redemption Quotes to Enjoy

65. “Sleep is the interest we have to pay on the capital which is called in at death; and the higher the rate of interest and the more regularly it is paid, the further the date of redemption is postponed.” – Arthur Schopenhauer

66. “Any story about revenge is ultimately a story about forgiveness, redemption, or the futility of revenge.” – Nick Wechsler

67. “The best way to use the gold of the redeemer is for the redemption of those in peril.” – Saint Ambrose

69. “I know that my redeemer lives, and ever prays for me; I know eternal life he gives, from sin and sorrow free.” – Fred A. Fillmore

70. “Perseverance, determination, commitment, and courage—those things are real. The desire for redemption drives you.” – Michael Phelps

Did These Quotes Open Your Eyes to the Value of Forgiveness, Change, and Chances?

Sometimes, we don’t understand the negative things happening around us. When something terrible happens, we all tend to blame ourselves and feel like we’re failures.

But, we must remember that everything in life is part of a bigger plan. We just have to remain calm and move forward with the knowledge that it’s all a matter of trial and error. We must go into the world, figure out what works and doesn’t, and try again until we get it right.

We are all humans just trying to make sense of the world’s mysteries, and it’s no surprise that we make mistakes. However, there’s always a chance for redemption—a chance to turn away from the bad and instead choose the good.

Redemption allows us to take responsibility for our actions. This helps us realize that there are better ways of living our lives than before⁠—and that we can do better!

With that, we hope the quotes in this list were able to serve as a guide and help you realize that there’s always another chance for a better tomorrow and a better you. You may feel it’s too late, but it’s not. You can still turn things around if you want to!