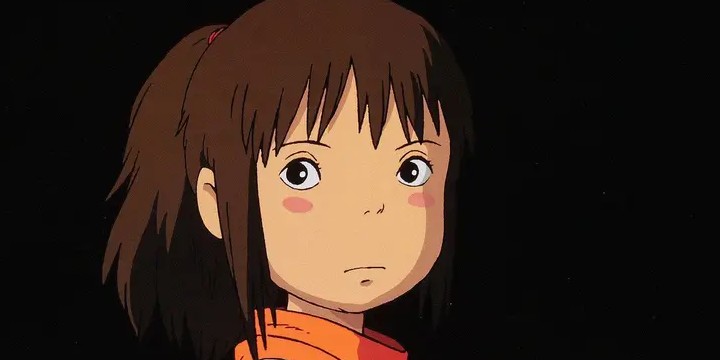 This list of the best Spirited Away quotes is perfect for all the Otakus and fans of anime out there.

Spirited Away is a Japanese animated film which is written and directed by the renowned animation filmmaker and storyteller, Hayao Miyazaki.

The film was animated by Studio Ghibli Inc., which is known for its high-grossing animated films.

The plot of the movie revolves around Chihiro, a 10-year-old girl who accidentally entered the spirit realm and was trapped there with her parents who turned into pigs.

The movie reflects her struggle to find a way to turn her parents back to normal and go back to the human world.

If you are a fan of fantasy films, you would surely enjoy this collection.

So strap up, and let us take you to a whole different world.

And don’t forget to check out these Howl’s Moving Castle quotes and Alice in Wonderland quotes.

1. “Once you’ve met someone, you never really forget them. It just takes a while for your memories to return.” – Zeniba

2. “You have to hold your breath while you cross the bridge. Even the tiniest breath will break the spell, and then everyone will see you.” – Haku

5. “Welcome the rich man, he’s hard for you to miss. His butt keeps getting bigger, so there’s plenty there to kiss!” – Aniyaku

6. “Once you do something, you never forget—even if you can’t remember.” – Zeniba

7. “Listen, Haku. I don’t remember it, but my mom told me. Once, when I was little, I fell into a river. She said they’d drained it and built things on top. But I’ve just remembered, the river was called the Kohaku River. Your real name is Kohaku.” – Chihiro

8. “Three days of eating our food, and her smell will go away. And if she doesn’t work hard, roast her, boil her, do whatever you want. Now get back to work!” – Haku

9. “I finally get a bouquet, and it’s a goodbye present. That’s depressing.” – Chihiro

11. “If you completely forget your name, you’ll never find your way home. I’ve tried everything to remember mine.” – Haku

13. “Staying in this room is what will make you sick!” – Chihiro

17. “Use it to tie your hair. It’ll protect you. It is made from the threads your friends wove together.” – Zeniba

23. “You still haven’t noticed that something precious to you has been replaced.” – Haku

Spirited Away Quotes on Love and Mystery

Haku: “Just little pieces. Chihiro kept calling my name in the darkness. I followed her voice and woke up lying here.”

31. “Hahaha! My sister put that there so she could control Haku and you killed it! Hahaha! But it’s strange, only love can remove a seal.” – Zeniba

Zeniba: “Oh, what a pretty name. Be sure to take good care of it, dear.”

33. Chihiro: What are all those stones? They look like little houses.

Chihiro’s Mother: Those are shrines. Some people believe spirits live in them.”

Haku: “No. But for some reason I remember yours.”

Chihiro: “So, you were the one who carried me back into shallow waters, you saved me! I knew you were good!”

36. “Open your mouth and eat this. If you don’t eat food from this world, you’ll disappear.” – Haku

Lin: “Is this what you smell?”

39. “There must be some mistake. None of these pigs are my parents.” – Chihiro

Spirited Away One-Liners and Quotes That Show Determination

Chihiro: “I think I can handle it.”

Chihiro: “I think he needs help. It feels like there’s a thorn in his side.”

Aggressive and Straightforward Spirited Away Quotes

Haku: “You said you wanted an assistant.”

57. “You humans always make a mess of things, like your parents who gobbled up the food of the spirits like pigs. They got what they deserved.” – Yubaba

63. “Or maybe you’d like the worst, nastiest job I’ve got, until you breathe your very last breath?” – Yubaba

Haku: “He’s with your sister.”

Haku: “Tear up Sen’s contract. And then, I want you to return Sen and her mother and father back to the human world.”

68. “So, your name’s Chihiro? What a pretty name! And it belongs to me now.” – YubabaOther Spirited Away Quotes

Spirited Away Quotes and Words of Caution

Other Spirited Away Quotes

75. “We don’t want her. She’ll stink the whole place up.” – Chihiro’s fellow workers

76. “Aren’t you even going to knock? You’re the most pathetic little girl I’ve ever seen.” – Door Knocker

83 “I’d like to help you, dear, but there’s nothing I can do. It’s one of our rules here. You’ve got to take care of your parents and that dragon boyfriend of yours, on your own.” – Zeniba

85. “Oh, my baby. Are you alright? Are you emotionally traumatized?” – Yubaba

88. “Where is Haku? You better get here before I forget what my parents look like. I hope Dad hasn’t gotten too fat.” – Chihiro

What Life Lessons Did You Get From This Collection?

Since its release in 2001, Spirited Away has been a global phenomenon, grossing $395.8 million worldwide. It was labelled as one of the greatest films in the 21st century. It was also claimed to be the highest-grossing Japanese film in history, garnering $305 million.

Due to its amazing plot and overall production, it acquired a lot of international recognition from different award-giving bodies like the Academy Awards and the Berlin International Film Festival. The New York Times also named the film as the second “Best Film of the 21st Century.”

Hayao Miyazaki’s masterpiece teaches us the value of friendship and family. To reach our goal and destination, we should not be fueled by greed, but by love and purpose.

Have you already watched Spirited Away? Which scene is your favorite? Be sure to let us know in the comments section below.