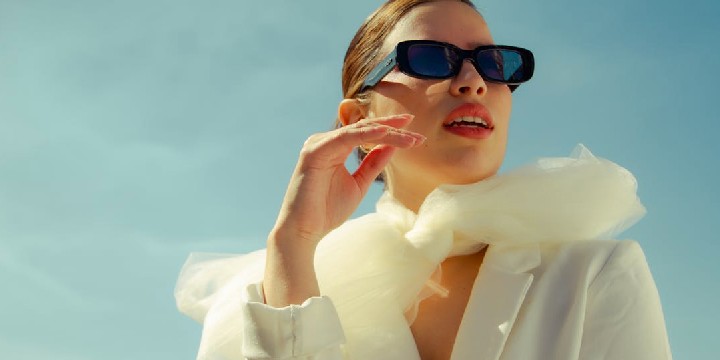 Boost your morale with these stand up for yourself quotes that will help you become stronger and more empowered!

Sometimes, people will take advantage of you, and they’ll know exactly how to push your buttons. The best thing to do in these situations is to stand up for yourself.

Standing up for yourself doesn’t mean hashing everything out until you’re both convinced that you’re right and they’re wrong. Rather, it’s being honest with them about how you feel and letting them understand that they should know their limits, too.

To do this, you must be clear with them that you’re serious about your opinions and will not compromise your morals or happiness under any circumstance.

It’s easy to say these things as pieces of advice. However, we also understand it’s not always easy to stand up for yourself.

So, if you need help, check out this collection.

Our complete list below will help you give you the courage you need to take a stand for yourself!

And make sure to read these I am who I am quotes and you can do it quotes.

Best Stand Up for Yourself Quotes

1. “Anything that threatens, hinders, obstructs, denies, delays your capacity to stand fully up for yourself, within yourself, take it down.” – Iyanla Vanzant

2. “Sometimes it just feels so amazing to finally stand up for yourself. I highly recommend it. Life is too short to be taken for granted.” – Demi Lovato

3. “When you stand up for yourself, you are standing up for everyone who will follow your positive example!” – Doreen Virtue

4. “Stand up for yourself even if nobody is on your side.” – Anonymous

5. “You have two choices. You can keep running and hiding and blaming the world for your problems, or you can stand up for yourself and decide to be somebody important.” – Sidney Sheldon

6. “Stand up for yourself by not standing yourself up.” – Gina Greenlee

7. “It’s really important to stand up for yourself and not always agree with what people say if indeed you don’t feel that that’s true.” – Lily Collins

8. “Standing up for yourself doesn’t always involve verbal confrontation. Sometimes it’s about not wasting energy on people who are negative.” – Sherry Argov​

9. “Stand up for yourself. Never give anyone permission to abuse you.” – Lailah Gifty Akita

10. “Being able to admit you’re wrong is important, but so is standing up for yourself when you’re right.” – Suzy Kassem

Stand Up for Yourself Quotes to Live By

11. “Don’t be afraid to stand up for yourself; you should speak up even if you don’t get the answer you were looking for; it’s the fact that you said something that matters.” – Anonymous

14. “Stand up to your obstacles and do something about them. You will find that they haven’t half the strength you think they have.” – Norman Vincent Peale

15. “Stand up, be bold, be strong. Take the whole responsibility on your own shoulders, and know that you are the creator of your own destiny. All the strength and succor you want is within yourself. Therefore make your own future.” – Swami Vivekananda

Also read: Go For It Quotes

Wise Stand Up for Yourself Quotes That’ll Make You Think

16. “That’s what we were told—stand up for yourself. But that’s hard to do if you don’t know who you are.” – Shane Koyczan​

17. “There’s a difference between being mean and standing up for yourself.” – Anonymous

18. “It’s easy to stand with the crowd. It takes courage to stand alone.” – Mahatma Gandhi

19. “You have enemies? Good. That means you’ve stood up for something in your life.” – Winston Churchill

20. “When you stand for something, you’ve got to stand for it all the way, not halfway.” – Kevin Gates

24. “If you believe very strongly in something, stand up and fight for it.” – Roy T. Bennett

25. “Sometimes, in order to follow our moral compass or our hearts, we have to make unpopular decisions or stand up for what we believe in.” – Tabatha Coffey

26. “Trust your own instincts, go inside, follow your heart, right from the start. Go ahead and stand up for what you believe in. As I’ve learned, that’s the path to happiness.” – Lesley Ann Warren

27. “We have to stand up for what we believe in, even when we might not be popular for it. Honesty starts with being ourselves, authentic, and true to who we are and what we believe in, and that may not always be popular, but it will always let you follow your dreams and your heart.” – Tabatha Coffey

28. “The strongest thing that any human being has going is their own integrity and their own heart. As soon as you start veering away from that, the solidity that you need in order to be able to stand up for what you believe in and deliver what’s really inside, it’s just not going to be there.” – Herbie Hancock

29. “Earning respect doesn’t mean to always let go but to stand up for yourself!” – Somya Kedia

30. “You will never gain anyone’s approval by begging for it. When you stand confident in your own worth, respect follows.” – Mandy Hale

31. “As I said, ‘If you don’t stand up for yourself, people aren’t going to think that you can stand up for them.’” – Sidney Blumenthal​

32. “You become a role model because of what you do as a person. There’s a certain point where being a role model might come from standing up for yourself and getting rid of emotion that doesn’t belong to you, an emotion that is being brought on because of racist actions of others.” – Claudia Rankine

Always Stand Up for Yourself Quotes

34. “Stand up for what is right even if you stand alone. Stand up for truth, regardless of who steps on it.” – Suzy Kassem

35. “Be brave and be fearless, and for God’s sake, stand up for yourself.” – Gretchen Carlson

36. “There’s a time when you need to open your mouth and stand up for yourself.” – Anonymous

37. “No change can come if those who are impacted the most by discrimination are not willing to stand up for themselves.” – Zainab Salbi

38. “It’s time to stand up for yourself and your dream. This is the one and only life that you have. Don’t waste it watching someone’s life on TV, in a movie, in a series, or reality show. Take your power back and make a move. Live your life on your terms, and create something new in your life. You deserve it!” – Les Brown

39. “Thinking for yourself and making your own decisions can be frightening. Letting go of other people’s expectations can leave you feeling empty for a time. And yet seeing yourself as an independent adult who can stand up for your own choices frees you to accept yourself as you are.” – Ellen Bass

40. “The world is not the most pleasant place. Eventually, your parents leave you, and nobody is going to go out of their way to protect you unconditionally. You need to learn to stand up for yourself and what you believe and sometimes, pardon my language, kick some ass.” – Queen Elizabeth II

Stand Up for Yourself Quotes to Overcome Fear and Social Anxieties

41. “Society teaches us to fall in line and be grateful even in times of injustice. It’ll feel almost alien when you start speaking up but standing up for yourself is always the right thing to do.” – Torron-Lee Dewar

42. “I’m not violent; I don’t believe in killing people, but standing up for yourself, speaking out against injustice, is another form of vengeance.” – Anonymous

43. “Stand up for your rights and be brave, and don’t be intimidated.” – Margaret Keane

45. “You don’t lose real friends, real opportunities, or real relationships when you start standing up for yourself and setting clear boundaries. You lose abusers, manipulators, narcissists, attention seekers, and mental-health destroying leeches.” – Anonymous

46. “We can never be afraid to stand up for what is right, no matter what others may say. And sometimes, if that means taking a lonely road, if what we are standing for is true, then perhaps moonlight or sunshine will light our way and make it less lonely.” – Pramila Jayapal

47. “Sometimes you have to stand up for what’s right, and sometimes that may be ruffling feathers and may be frowned upon by everyone else, but at the end of the day, in your heart, knowing you’re on the right side of history and knowing that you did the right thing, good or bad, you have to live with that.” – George Hill

More Quotes About Standing up for Yourself

48. “I learned that you can stand up for yourself and still maintain your zen!” – Doreen Virtue

49. “Sometimes standing up for yourself can be as simple as walking away from a situation that does not support or honor your self-worth.” – Anonymous

50. “If we don’t fight for what we ‘stand for’ with our passionate words and honest actions, do we really ‘stand’ for anything?” – Tiffany Madison

Are You Afraid to Stand Up for Yourself?

There are many times when you should be brave enough to speak up for yourself. But, sometimes, even if you’re a self-assured and outspoken person, it’s still not always easy to take a stand on something. Perhaps it is because you worry that others won’t like you for speaking up or because you’re concerned about starting a conflict with someone.

Even though that’s the case, you should know that standing up for yourself is never a bad thing. It doesn’t imply that you’re selfish or a bad person. It just means that you know what’s best for yourself and are confident enough to push through with your beliefs.

Being able to disagree with others if you think something goes against your morals is one of the best ways to live a good life. This is because you live the way you want and do not let people manipulate you and your mind.

So, don’t be afraid to stand up for yourself, even if you’re going against your family or very close friends. This way, you can live the kind of life that makes you happy.

Hopefully, this list of quotes was able to push you to stand up for yourself. You’re not meant to be taken advantage of, so remember the lessons from this collection and always stand firm in your beliefs!