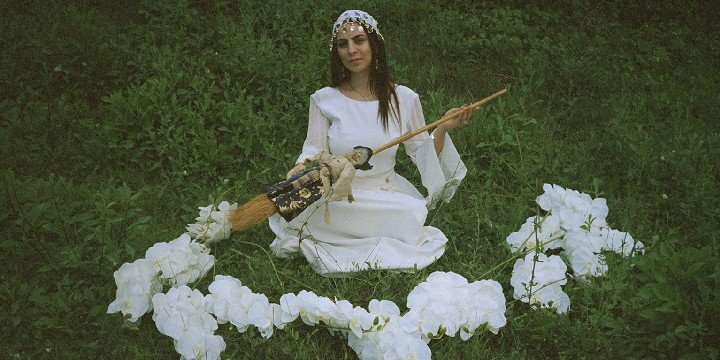 Read this list of witch quotes and discover how meaningful their existence is for women’s empowerment and more!

When we were kids, adults told us that witches were terrible and villainous and would not hesitate to cast evil spells on us.

But, as we grow older and become more aware of history and society, we realize that witches aren’t that bad at all.

It’s believed that witches were first mentioned in the Bible around 931 B.C. and 721 B.C. And, throughout history, Christians thought that they were children of the Devil who practiced black magic. So, they persecuted witches.

In fact, in the late 16th century, many disasters, deaths, and diseases were blamed on witches.

They could not justify a lot of these cases, but many people were accused. Reclusive people were often branded as witches because they did not fit into society.

But, witches aren’t all that bad. They are even considered symbols of women’s empowerment, courage, and strength in today’s time.

Read through the list below if you’re curious about witches and how significant they are in history and today’s society.

We’re sure it’ll expand your knowledge on the topic and show you the good side of witches!

And make sure to check out these Practical Magic quotes and magic quotes.

1. “I think that all women are witches, in the sense that a witch is a magical being.” – Yoko Ono

3. “A witch ought never to be frightened in the darkest forest because she should be sure in her soul that the most terrifying thing in the forest was her.” – Terry Pratchett

4. “Being a witch means living in this world consciously, powerfully, and unapologetically.” – Gabriela Herstik

5. “The witch knows nothing in this world is supernatural. It is all natural.” – Laurie Cabot

6. “The first time I called myself a ‘witch’ was the most magical moment of my life.” – Margot Adler

7. “Never put your faith in a prince. When you require a miracle, trust in a witch.” – Catherine M. Valente

10. “Witches do not need to fix problems. Witches fix the energy around problems. Then the problems fix themselves.” – Dacha Avelin

11. “Far from being about practicing the dark arts, the modern witch movement is all about female empowerment.” – Lisa Lister

13. “A witch is a woman who emerges from deep within herself.” – Dasha Elliot

14. “Witches are the original activists. Any time you have something that has to do with empowerment and being free and being wild and being who you are, there’s definitely going to be some opposition to that.” – Bri Luna

15. “Witch is something we call a woman who demands the benefit of the doubt, who speaks the truth, who punctures the con, who kills your joy if your joy is killing.” – Lindy West

16. “To me, a witch is a woman that is capable of letting her intuition take hold of her actions, that communes with her environment, that isn’t afraid of facing challenges.” – Paulo Coelho

17. “And remember, a witch, first and foremost, is a woman in her power.” – Lisa Lister

18. “I am a witch, by which I mean that I am somebody who believes that the Earth is sacred and that women and women’s bodies are an expression of that sacred being.” – Lisa Lister

19. “You have witchcraft in your lips.” – William Shakespeare

21. “This witch had been crafted from the darkness between the stars.” – Sarah J. Maas

22. “Witches don’t look like anything. Witches are. Witches do.” – Franny Billingsley

24. “A witch is a wise woman aligned with the Earth, a healer.” – Lisa Lister

26. “Witches exist throughout space and time. Witchcraft brings together the magical people throughout the world for the shared goals of justice, liberation, and celebration of the life force of the Earth.” – Amanda Yates Garcia

27. “A witch is a person who has honestly explored their light and has evolved to celebrate their darkness.” – Dacha Avelin

28. “Witch. The word drifted across his mind. We call such women so because we have no other name.” – Katherine Arden

29. “Witches try to connect with the world around them. Witchcraft, they say, is about the tactile, intuitive understanding of the turn of the seasons and the song of the birds. It is the awareness of all things as holy.” – Tanya Luhrmann

Witch Quotes for Those Who Believe in Magic

30. “The witch snipped off her golden hair and cast her out into a great dessert.” – Marissa Meyer

31. “The witches are firm believers in reincarnation, and they say that ‘Once a witch, always a witch.’” – Gerald Gardner

32. “Witches were a bit like cats. They didn’t much like one another’s company, but they did like to know where all the other witches were, just in case they needed them.” – Terry Pratchett

33. “An experienced witch takes magical action based on inspiration, not desperation.” – Dacha Avelin

34. “Witches are moon-birds, witches are the women of the false, beautiful moon.” – Amy Lowell

35. “When witches go riding, and black cats are seen, the moon laughs and whispers, ‘Tis near Halloween.'” – Anonymous

36. “‘Tis now the very witching time of night. When churchyards yawn and hell itself breathes out contagion to this world.” – William Shakespeare

37. “A witch never gets caught. Don’t forget that she has magic in her fingers and devilry dancing in her blood.” – Roald Dahl

More Witch Quotes to Demonstrate How Powerful They Are

39. “Real witches are very cruel, and they have a highly developed sense of smell. A real witch could smell you across the street on a pitch-black night.” – Helga

40. “The witch is the ultimate embodiment of the divine feminine and the demon feminine. She has as many faces as the moon, so regardless of your background, there is an iteration for you.” – Kristen J. Sollee

Did This Collection Change Your Thoughts and Opinions on the Existence of Witches?

In the old days, people claimed that witches were women who had power and influence over others. The patriarchal culture of society viewed this as a danger to the community and their egos. As a result, so many women were killed and forced into hiding out of fear of punishment.

But, with the rise of contemporary feminism, witches slowly became a symbol of female empowerment. This is because it’s believed that witches are women who know themselves and are in tune with nature and the environment.

With that, we hope our collection was able to give you a more in-depth view of the good side of witches. Rather than looking at them as villains, let’s remember that they were once the victims of prejudice, social pressure, and injustice. Take these witch quotes as an inspiration to keep an open mind, find against sexism, and find the power within yourself!