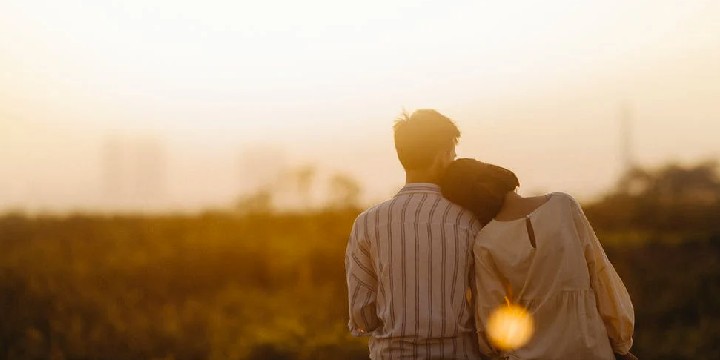 If you find it awkward showing your love toward other people, these affection quotes will help you change for the better.

Affection is the currency of love. Even if you love someone, your relationship won’t progress if you don’t show affection toward that person.

Your relationship may even fail the moment you stop showing affection.

We cannot read someone else’s mind. In the same way, we won’t know precisely what a person thinks or feels unless we are told about it.

So, it’s important to show others how much we love and adore them by being affectionate or sharing sweet words.

It also follows that the affection we receive gives us an idea of how much we are loved by the people surrounding us and vice versa.

This is why giving and receiving affection is essential.

Read through our list below and find ways to be more open about your feelings toward others.

And don’t forget to check out these true love quotes and romantic quotes.

1. “Love is not to be purchased, and affection has no price.” – St. Jerome

3. “I am certain of nothing but the holiness of the heart’s affections, and the truth of imagination.” – John Keats

4. “Affection is like bread, unnoticed till we starve, and then we dream of it, and sing of it, and paint it when every urchin in the street has more than he can eat.” – Emily Dickinson

6. “He found that man needs affection, that life without a warming love is but a dry wheel, creaking and grating as it turns.” – Victor Hugo

8. “Affection is the broadest basis of a good life.” – George Eliot

9. “Affection would not be affected if it was loudly and frequently expressed. To produce it in public is like getting your household furniture out for a move. It did very well in its place, but it looks shabby or tawdry or grotesque in the sunshine.” – C.S. Lewis

10. “There is no power greater than true affection.” – Seneca The Younger

11. “Affection is like the noonday sun. It does not need the presence of another to be manifest.” – Isabel Allende

12. “Life is too sweet and too short to express our affection with just our thumbs. Touch is meant for more than a keyboard.” – Kristin Armstrong

13. “The affections are like lightning—you cannot tell where they will strike till they have fallen.” – Lee Iacocca

14. “I was born with an enormous need for affection, and a terrible need to give it.” – Audrey Hepburn

15. “Affection is responsible for nine-tenths of whatever solid and durable happiness there is in our lives.” – C. S. Lewis

16. “We can live without religion and meditation, but we cannot survive without human affection.” – Dalai Lama

18. “Most people would rather give than get affection.” – Aristotle

19. “Affection cannot be created. It can only be liberated.” – Bertrand Russell

20. “Do anything rather than marry without affection.” – Jane Austen

21. “Affection is the source of self-confidence, happiness, security, and a comfortable mental state.” – Amanda Mosher

22. “Affection will burn cheerily when the white flame of love is flickered out. Affection is a fire that can be fed from day to day and be piled up ever higher as the wintry years draw nigh.” – Jerome K. Jerome

23. “Often we withhold our affections, waiting first for love to be extended to us. The irony is that we are loved for loving.” – Richelle E. Goodrich

25. “Never regret anything you have done with sincere affection. Nothing is lost that is born of the heart.” – Basil Rathbone

26. “Our affections, as well as our bodies, are in perpetual flux.” – Jean-Jacques Rousseau

27. “Affection reproaches, but does not denounce.” – Mason Cooley

28. “A mixture of admiration and pity is one of the surest recipes for affection.” – Arthur Helps

Affection Quotes That Will Inspire You to Be Kind to Yourself

29. “You have to create love and affection for your body, for what it can do for you. Love must be incarnated in the smallest pore of the skin, the smallest cell of the body, to make them intelligent so they can collaborate with all the other ones in the big republic of the body. This love must radiate from you to others.” – B.K.S. Iyengar

30. “Never chase love, affection, or attention. If it isn’t given freely by another person, it isn’t worth having.” – Ashley Purdy

31. “I love, but I am not entirely sure how to be loved—how to be seen and known for the utterly flawed woman I am. It demands surrender. It demands acknowledging that I am not perfect, but perhaps I deserve affection anyway.” – Roxane Gay

Affection Quotes to Make the World a Better Place

33. “A little love and affection in everything you do will make the world a better place with or without you.” – Neil Young

34. “I am convinced that human nature is basically affectionate and good. If our behavior follows our kind and loving nature, immense benefits will result, not only for ourselves but also for the society to which we belong. I generally refer to this sort of love and affection as a universal religion. Everyone needs it, believers, as much as non-believers. This attitude constitutes the very basis of morality.” – Dalai Lama

35. “True affection and love have a purity which shall always prevail over bigotry.” – Libba Bray

36. “A little bit of affection goes a long way toward reconciling one with the world.” – Marty Rubin

37. “To feel much for others and little for ourselves, to restrain our selfishness and exercise our benevolent affections, constitute the perfection of human nature.” – Adam Smith

Affection Quotes for Him

38. “His affections, like ivy, were the growth of time; they implied no aptness in the object.” – Robert Louis Stevenson

39. “You should not be hovering in the background, inflating the drama. Simply envelop him in love and affection and let him know that you will support his efforts, whatever they are.” – Amy Dickinson

40. “I want a man who’s there when I want him and gone when I don’t, and is affectionate, not too much, and has great hair and good hygiene.” – Brianna Hanson

41. “Affection is like putting my arms around your waist and giving you a goodnight or good morning kisses. You are the best man in the world.” – Anonymous

42. “Every time you place your lips on mine, you always left me speechless. In addition, every time I hear your voice, I feel like an angel is talking. You have the charisma of a great man, and thank God you are my husband; I’m living with an incredible man. I will ever remain yours affectionately—your love will keep burning in my heart.” – Anonymous

Also read: Love Quotes for Him

Affection Quotes for Her

43. “And through it all, she offers me protection, a lot of love and affection whether I’m right or wrong. And down the waterfall, wherever it may take me, I know that life won’t break me when I come to call, she won’t forsake me. I’m loving angels instead.” – Robbie Williams

44. “I retain an unalterable affection for you, which neither time nor distance can change.” – George Washington

46. “I have often read or heard of sweet romance stories; I never thought that I would be writing my sweet love stories one day. You light up my world with deep affection. It is you or knows any other woman. I love you.” – Anonymous

47. “I don’t know how to define your beauty; your beauty got me so crazy, I have a deep affection for you.” – Anonymous

Also read: Love Quotes for Her

Affection Quotes That Will Make You a Better Parent

49. “Tender expressions of love and affection toward children are as much the responsibility of the father as the mother. Tell your children you love them.” – Howard W. Hunter

50. “I have found that the platonic affection in friendships and familial love for children can be relied upon with certainty to lift the bruised soul and repair the wounded spirit.” – Maya Angelou

51. “Good parents, who are able to maintain the affection and respect of their children and whose offspring admire them and value their good opinion, can be reasonably certain that their values and ways of socialized behaving will be adopted by the next generation.” – Caterina Fake

52. “Don’t be afraid of showing affection. Be warm and tender, thoughtful and affectionate. Men are more helped by sympathy than by service. Love is more than money, and a kind word will give more pleasure than a present.” – Sir John Lubbock

53. “If someone comes along, gonna give you some love and affection, I say get it while you can.” – Janis Joplin

54. “Expressions of affection, like putting your arm around someone’s shoulder, holding hands, or giving a kiss good night, involve the principle of honesty.” – John Bytheway

55. “The hardest of all is learning to be a well of affection, and not a fountain—to show them we love them not when we feel like it, but when they do.” – Nan Fairbrother

56. “The fact is that people are good. Give people affection and security, and they will give affection and be secure in their feelings and their behavior.” – Abraham Maslow

57. “Affection should not be too sharp-eyed, and love is not made by magnifying glasses.” – Thomas Browne

58. “It’s true that nothing in this world makes us so necessary to others as the affection we have for them.” – Johann Wolfgang von Goethe

59. “Be yourself. Especially do not feign affection.” – Max Ehrmann

60. “Affection is a much profound emotion, which is inexplicable but can be fathomed through our pores. It percolates down our skin slowly.” – Balroop Singh

Did These Quotes Convince You to Express Affection Toward the People That You Love?

Humans are social beings, and it is only fitting that our relationships with other people are strong. One way to strengthen relationships is by showing affection to those who truly matter.

Showing affection is not about making grand gestures and spending lots of time and money. For many, the most effective kind of affection is slow, consistent, and genuine acts of love. It’s in the short and sweet messages, warm hugs of comfort, and other notions of care.

If you are still unconvinced, think about how good it feels to be assured that we are loved. Everyone deserves to feel like that, especially those around you. So, try to be more affectionate because you have nothing to lose.

We are hopeful that this collection was able to convince you to be consistent in displaying your affection toward others. Maybe you’ll even find a quote or two to send your loved ones. Keep your relationship strong by expressing your love for them consistently!