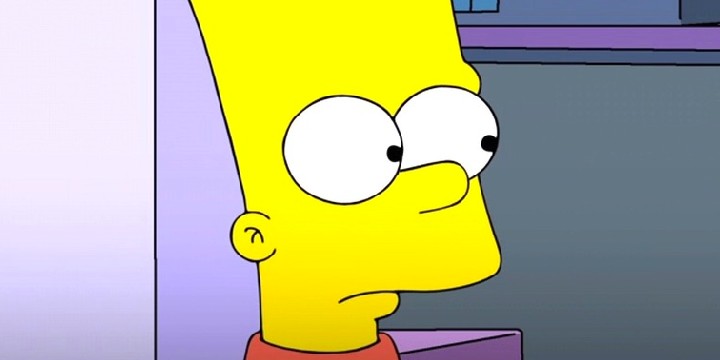 Whether you’re a fan of The Simpsons or not, we’re sure you’ll get your fair share of laughter through this collection of Bart Simpson quotes!

Bart Simpson has been the most noticeable member of the Simpson family due to his mischievous personality. He’s perceived to be a bad influence on children due to his poor academic performance and rebellious behavior.

But, true fans of the show know that this is not the only thing we can associate with his character. In fact, because of how others’ viewed him, Bart Simpson worked hard and did his best to prove his naysayers wrong.

There are many interesting characters in this show, and Bart is one of them. That’s why we’ve gathered some of our favorite quotes of his that’ll make you love him too!

And make sure to read these The Simpsons quotes and Homer Simpson quotes.

3. “You got the brains and talent to go as far as you want and when you do, I’ll be right there to borrow money.”

4. “Well, enjoy it while you can. Everything changes when you get to big one-o. Your legs start to go. Candy doesn’t taste as good anymore.”

5. “Look in my eyes. See the conviction? See the sincerity? See the fear? As God is my witness, I can pass the fourth grade!”

8. “Nothing you say can upset us. We’re the MTV generation.”

9. “Christmas is a time when people of all religions come together to worship Jesus Christ.”

14. “I didn’t think it was physically possible, but this both sucks and blows.”

16. “My chunky brothers! Gorge yourselves at the trough of freedom!”

19. “Oh please. This is senseless destruction with none of my usual social commentary.”

20. “Look, everybody, I would just as soon not make a big deal out of this. I’m not saying I’m not a hero, I’m just saying that I fear for my safety.”

21. “You make me sick, Homer. You’re the one that told me I could do anything if I just put my mind to it.”

22. “Well, we hit a little snag when the universe sort of collapsed on itself. But Dad seemed cautiously optimistic.”

Bart: “Uh, yeah, I have that disease that makes you look like an old man, but they gave me medicine for it and I took too much.”

Bart: “You’re the smart one, you figure it out.”

25. “Who cares what we look like in whatever stupid year this is.”

26. “If you don’t watch the violence, you’ll never get desensitized to it.”

27. “Ladies and gentlemen, boys and girls, contrary to what you’ve just seen, war is neither glamorous nor fun. There are no winners, only losers. There are no good wars. With the following exceptions: the American Revolution, World War II, and Star Wars trilogy.”

29. “I’ve learned that even made-up corporate shills can lie to you.”

30. “Without awards shows, how would I know what movie has the best beheading or that Glee is a comedy?”

31. “A minute of fun, a lifetime of work. I’ve never heard of pregnancy like this.”

32. “No, no, no. You’re too young to be a witch. Savor the steps leading up to it. College anorexic, a string of bad marriages, career disappointments, failed pottery shop. And then when you’re old and alone you can hit the witch thing hard.”

37. “Hey Mr. Burns, can I go with you to get the treasure? I won’t eat much and I don’t know the difference between right and wrong.”

38. “I really don’t want to be here, Dad! Besides, I started a fire this morning that I really should keep an eye on.”

39. “Wow, now I see why they call you Miss Hoover. You must have been vacuuming for an hour.”

40. “Mom, Dad, just so you don’t hear any wild rumors, I’m being indicted for fraud in Australia.”

Bart Simpson Quotes for You to Understand Their Family Dynamics

44. “Your Honor, it’s not easy being my parents. I’m always screwing up in school and getting in trouble with the law. But if I grow up to be a halfway-decent person, I know it’ll be because of my mom and dad. Everyone else might give up on me, but my parents never will.”

45. “I cheated on the intelligence test. I’m sorry. But I just want to say that the past few weeks have been great. Me and you have done stuff together. You’ve helped me out with things and we’re closer than we’ve ever been. I love you, Dad. And I think if something can bring us that close it can’t possibly be bad.”

47. “We flushed the gator down the toilet but it got stuck halfway so now we have to feed it.”

48. “Come on, Milhouse. There’s no such thing as a soul. It’s just something they made up to scare kids. Like the boogeyman or Michael Jackson.”

Bart: “Duh, I couldn’t save you until I pushed you. Girls make no sense.”

50. “I thought dabbling in the black arts would be good for a chuckle. How wrong I was.”

Bart Simpson Quotes That Zoom in on His Self-Image

52. “All you need to know is that I’m a politeness monster who eats ‘pleases’ and farts ‘thank yous’, ma’am.”

53. “I’ve done everything I could and I’ve only got 35 bucks! Ugh! I am through with working, working is for chumps.”

54. “Who am I kidding? I really am a failure! Oh, now I know how George Washington felt when he surrendered Fort Necessity to the French in 1754.”

55. “Stupid angry mob, chasing me because I shine a harsh light on modern society. Now I know how Dane Cook feels.”

56. “I’ve done a lot of bad stuff through the years. Now I’m paying the price but there are so many things I’ll never get a chance to do: smoke a cigarette, use a fake ID, shave a swear word in my hair.”

More Bart Simpson Quotes to Understand His Views on Girls

What Do You Think of Bart Simpson’s Personality?

Media is such a significant influence when it comes to raising children, and sometimes, even adults. Because of this, many criticized Bart for his rebellious nature that can negatively affect people. But, despite some criticism, Time magazine named him one of the Top 100 Most Important People of the 20th Century.

Yes, Bart is portrayed as a mischievous and underachieving student. But, as the series progressed, he worked hard, studied, and did his best to become a better version of himself.

Bart Simpson also learned to exhibit more positive traits toward those around him. Despite being deemed a bad influence, he proved that he also has a positive side that we can all learn from.

Let Bart Simpson be a reminder that criticism and naysayers don’t get to dictate who you are as a person. More than that, remember that you have the responsibility to do your best in whatever you do. After all, you hold power to a better future for yourself!

Which of these Bart Simpson quotes is your favorite? Please, let us know in the comments.