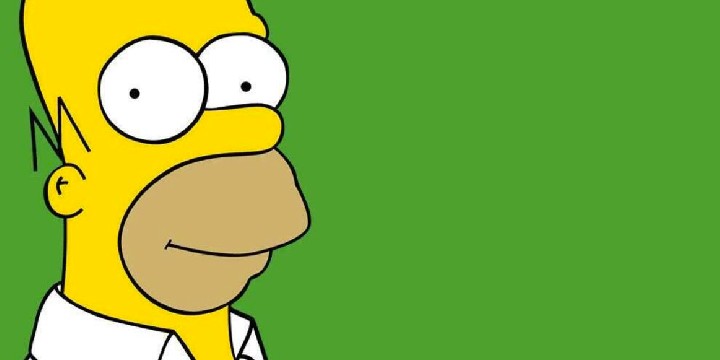 If you’re in need of a good laugh from the most relatable man ever, then these Homer Simpson quotes are perfect for you!

Homer Simpson is one of the main characters of The Simpsons and the patriarch of the Simpsons family. His honest flaws in the show while also being a dad full of love and care is one of the reasons why he is annoyingly lovable.

His character is so easy to understand that the audience feels represented by him. From his facial expressions and reactions to his lines, we’re sure you’ll find some similarities between the two of you.

Being an everyman lets his character take us on a ride of laughs and crazy adventures in life. So, don’t miss out on the greatest Homer Simpson lines by reading our full collection below.

And make sure to check out these The Simpsons quotes and Bart Simpson quotes.

1. “Trying is the first step towards failure.”

2. “To alcohol! The cause of and solution to all of life’s problems.”

3. “Marriage is like a coffin, and each kid is another nail.”

4. “What’s the point of going out? We’re just going to wind up back here anyway.”

5. “I’m normally not a praying man, but if you’re up there, please save me, Superman.”

6. “You can’t depend on me all your life. You have to learn that there’s a little Homer Simpson in all of us.”

7. “Weaseling out of things is important to learn. It’s what separates us from the animals, except the weasel.”

9. “Kids, you tried your best, and you failed miserably. The lesson is, never try.”

10. “Lisa, if you don’t like your job, you don’t strike. You just go in every day and do it really half-assed.”

11. “Facts are meaningless. You could use facts to prove anything that’s even remotely true!”

12. “How is education supposed to make me feel smarter? Besides, every time I learn something new, it pushes some old stuff out of my brain. Remember when I took that home winemaking course, and I forgot how to drive?”

15. “Stupidity got us into this mess, and stupidity will get us out.”

17. “Bart, a woman is like beer. They look good, they smell good, and you’d step over your own mother just to get one!”

19. “I’ve learned that life is one crushing defeat after another until you just wish Flanders was dead.”

21. “I believe that children are our future. Unless we stop them now.”

22. “People can come up with statistics to prove anything, Kent. Forty percent of all people know that.”

23. “You couldn’t fool your mother on the foolingest day of your life if you had an electrified fooling machine.”

24. “Dear Lord, the gods have been good to me. As an offering, I present these milk and cookies. If you wish me to eat them instead, please give me no sign whatsoever, thy will be done.”

26. “Yes, honey. Just squeeze your rage up into a bitter little ball and release it at an appropriate time, like that day I hit the referee with the whiskey bottle.”

27. “Marge, I can’t wear a pink shirt to work. Everybody wears white shirts. I’m not popular enough to be different.”

28. “Kids are great. You can teach them to hate what you hate and, with the internet and all, they practically raise themselves.”

29. “It’s so simple to be wise. Just think of something stupid to say, and then don’t say it.”

32. “You can’t keep blaming yourself. Just blame yourself once, and move on.”

34. “No matter how good you are at something, there’s always about a million people better than you.”

35. “Eh, everybody makes mistakes. That’s why they put erasers on pencils!”

37. “Because sometimes, the only way you can feel good about yourself is by making someone else look bad.”

38. “Son, being popular is the most important thing in the whole world.”

39. “Roads are just a suggestion, Marge, just like pants.”

40. “When will I learn? The answer to life’s problems isn’t at the bottom of a bottle. They’re on TV!”

41. “Son, if you really want something in this life, you have to work for it. Now quiet! They’re about to announce the lottery numbers.”

42. “I want to share something with you, the three little sentences that will get you through life. Number one, ‘Cover for me.’ Number two, ‘Oh, good idea, boss!’ Number three, ‘It was like that when I got here.'”

45. “I think the saddest day of my life was when I realized I could beat my dad at most things, and Bart experienced that at the age of four.”

46. “Why do my actions have consequences?”

49. “Without TV, it is hard to know when one day ends, and another begins.”

51. “A job’s a job. I mean, take me. If my plant pollutes the water and poisons the town, by your logic, that would make me a criminal.”

52. “I was working on a flat tax proposal, and I accidentally proved there’s no god.”

55. “I think Smithers picked me because of my motivational skills. Everyone says they have to work a lot harder when I’m around.”

56. “Vampires are make-believe, just like elves, gremlins, and Eskimos.”

61. “It’s not easy to juggle a pregnant wife and a troubled child, but somehow, I managed to fit in eight hours of TV a day.”

64. “Son, when you participate in sporting events, it’s not whether you win or lose. It’s how drunk you get.”

65. “I’m not a bad guy. I work hard, and I love my kids. So why should I spend half my Sunday hearing about how I’m going to hell?”

67. “You know, my kids think you’re the greatest. And thanks to your gloomy music, they’ve finally stopped dreaming of a future I can’t possibly provide.”

69. “Old people don’t need companionship. They need to be isolated and studied so it can be determined what nutrients they have that might be extracted for our personal use.”

71. “Why would women want to go to a gym if there were no men there watching them and judging them?”

72. “Getting out of jury duty is easy. The trick is to say you’re prejudiced against all races.”

73. “Okay. I’m not going to kill you, but I’m going to tell you three things that will haunt you the rest of your days: you ruined your father, you crippled your family, and baldness is hereditary!”

75. “Oh yeah, what are you gonna do? Release the dogs? Or the bees? Or the dogs with bees in their mouths, and when they bark, they shoot bees at you?”

76. “And there’s nothing wrong with hitting someone when his back is turned.”

77. “Why can’t you people learn to speak my language? I learned to eat your food!”

Interesting Homer Simpson Quotes That We Can All Relate To

82. “I can’t even say the word ‘titmouse’ without giggling like a schoolgirl.”

83. “I would kill everyone in this room for a drop of sweet beer.”

84. “Oh boy, dinner time. The perfect break between work and being drunk.”

85. “Mr. Scorpio says productivity is up two percent, and it’s all because of my motivational techniques, like donuts and the possibility of more donuts to come.”

86. “I can’t believe it! Reading and writing actually paid off!”

Homer Simpson Quotes for Fans of The Simpsons

87. “America’s healthcare system is second only to Japan, Canada, Sweden, Great Britain. Well, all of Europe. But you can thank your lucky stars we don’t live in Paraguay!”

88. “Marge, try to understand. There are two types of college students: jocks and nerds. As a jock, it is my duty to give nerds a hard time.”

89. “If God didn’t want me to eat chicken in church, then he would have made gluttony a sin.”

90. “What are you guys laughing at? If you say Jimmy Fallon, I’ll know you’re lying.”

93. “Volunteering is for suckers. Did you know that volunteers don’t even get paid for the stuff they do?”

94. “Why don’t those stupid idiots let me in their stupid club for jerks?”

96. “I thought I had an appetite for destruction, but all I wanted was a club sandwich.”

97. “Step aside, everyone! Sensitive love letters are my specialty. ‘Dear Baby, Welcome to Dumpsville. Population: you.'”

98. “I saw this movie about a bus that had to speed around a city, keeping its speed over 50, and if its speed dropped, it would explode! I think it was called, ‘The Bus That Couldn’t Slow Down.'”

99. “A boy without mischief is like a bowling ball without a liquid center.”

Short Homer Simpson Quotes That Only Prove His Silliness

105. “Marge, don’t worry. It’s like when we stopped paying the phone bill. They stopped calling us. In fact, everyone did.”

106. “That’s it! You people have stood in my way long enough. I’m going to clown college!”

108. “When I was young, I wanted an electric football machine more than anything else in the world, and my parents bought it for me, and it was the happiest day of my life.”

Did These Quotes Make You Find More Reasons to Love Homer Simpson’s Character?

Homer Simpson is not a perfect man and father; he has his good points and bad. In fact, his laziness and ignorance are some of the traits that make him funny and relatable. But, his devotion to his family and capability to love immensely is what makes him a good person.

The media often portrays idealized versions of people, which is why Homer Simpson’s character is such a gem. Creating Homer is an important part of displaying honest and raw characters that everyone can relate to. He makes us reflect, especially when he changes for the better.

We hope that these Homer Simpson quotes were able to give you a good and lighthearted laugh. Life is beautiful as it is, so keep enjoying it.

Do you have more quotes to add from Homer Simpson? Who’s your favorite character from the show? Comment your answers below!