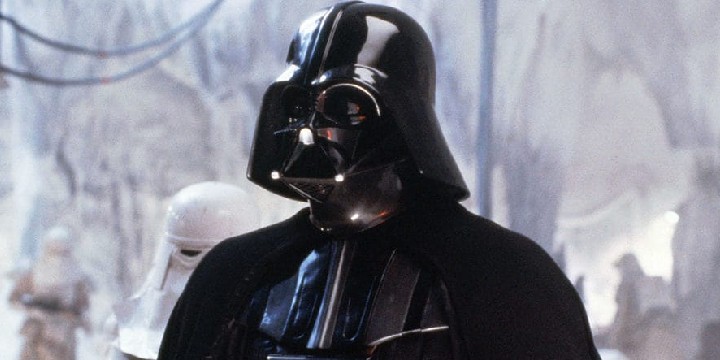 These Darth Vader quotes will remind you why he is one of the most iconic villains in pop culture.

Darth Vader, also known by his former name, Anakin Skywalker, is the main antagonist of the Star Wars Trilogy.

Before fully turning into the Dark Side, he was a Jedi who was believed to be the one who will bring balance to the Force. But, after meeting Chancellor Palpatine, he was converted into an evil Sith Lord.

Despite being a villain, Darth Vader has inspiring traits in matters of integrity, courage, and leadership. Once he sets his eyes on a mission, he will exhaust all possibilities to complete it.

Star Wars fans may not be able to look up to Darth Vader for turning to the Dark Side, but there are still many life lessons to pick up from him.

So, if you are interested to know more about his character or just want to revisit his most famous lines, then add this to your must-read list now.

Check out our entire collection below.

And don’t miss out these Star Wars quotes and Anakin Skywalker quotes.

1. “Be careful not to choke on your aspirations.”

3. “You are unwise to lower your defenses!”

4. “You have controlled your fear. Now, release your anger. Only your hatred can destroy me.”

5. “Search your feelings. You know it to be true!”

6. “Perhaps, I can find new ways to motivate them.”

8. “I find your lack of faith disturbing.”

11. “Anakin Skywalker was weak. I destroyed him.”

13. “It is your destiny. Join me, and together we can rule the galaxy as father and son.”

15. “Don’t be too proud of this technological terror you’ve constructed. The ability to destroy a planet is insignificant next to the power of the Force.”

16. “This will be a day long remembered. It has seen the end of Kenobi. It will soon see the end of the Rebellion.”

18. “The Emperor will show you the true nature of the Force. He is your master now.”

19. “Your destiny lies with me, Skywalker! Obi-Wan knew this to be true.”

22. “Asteroids do not concern me, Admiral. I want that ship, not excuses!”

23. “You’re asking me to be rational. That is something I know I cannot do.”

27. “If he could be turned, he would become a powerful ally.”

28. “You underestimate the power of the Dark Side. If you will not fight, then you will meet your destiny.”

31. “You’re a part of the Rebel Alliance and a traitor. Take her away!”

33. “Give yourself to the Dark Side. It is the only way you can save your friends. Yes, your thoughts betray you. Your feelings for them are strong, especially for sister. So, you have a twin sister.”

38. “A tremor in the Force. The last time I felt it was in the presence of my old master.”

Darth Vader Quotes That Highlight His Powers and Abilities

39. “I have brought peace, freedom, justice, and security to my new empire.”

40. “There is no escape. Don’t make me destroy you. Luke, you do not yet realize your importance. You have only begun to discover your power. Join me and I will complete your training. With our combined strength, we can end this destructive conflict and bring order to the galaxy.”

41. “Make ready to land our troops beyond their energy field, and deploy the fleet, so that nothing gets off the system.”

42. “You are free to use any methods necessary, but I want them alive. No disintegrations.”

43. “Don’t you see, we don’t have to run away anymore. I have brought peace to the Republic.”

Interesting Darth Vader Quotes to Learn About His Skills in Battle

44. “The Rebels are alerted to our presence. Admiral Ozzel came out of lightspeed too close to the system.”

45. “A clean bombardment is now impossible. General, prepare your troops for a surface attack.”

46. “Alert all commands. Calculate every possible destination along their last known trajectory.”

48. “You may dispense with the pleasantries, Commander. I’m here to put you back on schedule.”

49. “Don’t act so surprised, Your Highness. You weren’t on any mercy mission after all.”

Darth Vader Quotes That Zoom in on His True Character

50. “Just help me save Padme’s life. I can’t live without her. I pledge myself to your teachings.”

51. “I don’t want to hear any more about Obi-Wan. The Jedi turned against me. Don’t you turn against me.”

52. “I hope so for your sake, Commander. The Emperor is not as forgiving as I am.”

54. “Obi-Wan never told you what happened to your father.”

56. “Your powers are weak, old man. You should not have come back.”

59. “I should’ve known the Jedi were plotting to take over!”

60. “He’s all yours, bounty hunter. Reset the chamber for Skywalker.”

Did These Darth Vader Quotes Show You the Attributes You Need to Be a Good Leader?

Darth Vader might not be a good person and father, but he is a great leader. His top-tier leadership skills became his ticket to being one of the most famous villains of American cinema.

Starting from the days of his youth, Darth Vader was already surrounded by great and respectable people who mentored him. As the plot progressed, we see how he grew stronger through pairing his innate skills with his experiences and knowledge. Indeed, it is not surprising how he became a wise leader over the years.

We can also learn from his extreme focus and acceptance that there will be sacrifices on the journey toward achieving our goals. But, even though he needed to give up a lot, he didn’t cry over spilled milk and took the necessary steps to finish his task.

Darth Vader may be a heartless villain, but we can use his wisdom to serve the good in our lives. Make sure to remember his words and apply them in your life!

Which Darth Vader quote is the best one for you? Did his wise words inspire you? Comment down below!