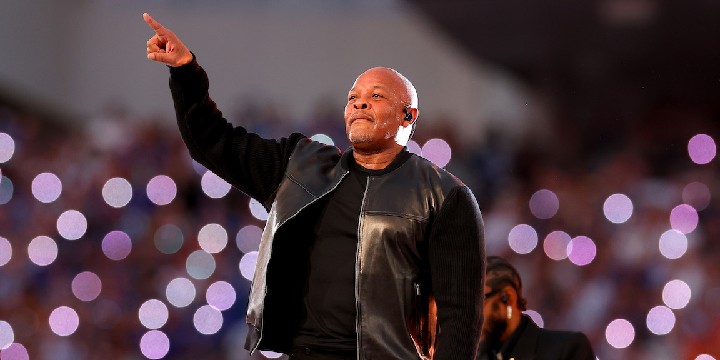 If you need a push that will encourage you to do the things you love, then these Dr. Dre quotes are for you.

Dr. Dre is a rapper, artist, and CEO of two companies—Aftermath Entertainment and Beats Electronics. He is best known for being a six-time Grammy Award winner and being included in the top 100 Greatest Artists of All Time.

His talent can never be denied, as he’s been topping the charts ever since the release of his first album. Many people listen to his music because of his dedication and genuine desire to put out good art in the world. Moreover, he is proof that having great passion and love for one’s job is key to getting closer to your success.

So, don’t fail to include this collection of Dr. Dre quotes to the things you should read at least once in your life! Pick your favorite quote that motivated you to chase your passions and dreams.

And don’t forget to check out these Tupac quotes and Kendrick Lamar quotes.

2. “You just have to find that thing that’s special about you that distinguishes you from all the others, and through true talent, hard work, and passion, anything can happen.”

4. “No matter how hard you work to bring yourself up, there’s someone out there working just as hard to put you down.”

5. “Don’t be worried about the next man. Make sure your business is tight.”

7. “If you’re not sincere with it, you shouldn’t say anything at all.”

8. “I believe in reincarnation, and I believe I’ve lived quite a few lives.”

9. “If you work at rap and look at it as an art, the money will come. But if you try to get the money, it’ll just always be shallow.”

13. “The secret to my longevity is that I’m a perfectionist.”

14. “People are always coming up to me, thinking I’ve got some magic wand that can make them a star, and I want to tell them that no one can do that. Making hit records is not that easy, but it took me time to realize that myself.”

15. “Anyone that’s trying to do something to improve sound. That’s all good.”

16. “Kids are the ultimate form of motivation. They’re watching. They’re mimicking. They’re an extension of you. So you have to win.”

17. “Black women are the strongest, most hardworking people on earth.”

18. “I’m living an incredible life. Making a living doing what I love and having people love it. I can’t even explain what that feels like.”

19. “If there were no guns, we couldn’t talk about it. You turn on the TV. You see soldiers marching with guns. We only talk about things that are happening.”

20. “They wanna hang us, see us dead, or enslave us, keep us trapped in the same place we were raised in. Then they wonder why we act so outrageous, run around stressed out, and pull out gauges.”

21. “Those who are quiet will always cause riots.”

Dr. Dre Quotes That Prove His Dedication to His Craft

22. “I’ve gone 79 hours without sleep, creating. When that flow is going, it’s almost like a high. You don’t want it to stop. You don’t want to go to sleep for fear of missing something.”

24. “When I think of the future, I think a lot of Quincy Jones and how he is an inspiration. Nothing pulls you back into the studio more than the belief that your best record is still ahead.”

Dr. Dre Quotes for Fans Who Love His Music

25. “Hear what the artists hear, and listen to the music the way they should, the way I do.”

26. “The actual making of a record is the most exciting part of this business.”

27. “When the ideas are coming, I don’t stop until the ideas stop because that train doesn’t come along all the time.”

29. “I don’t ever see myself retiring totally from music because I have a genuine love and passion for it.”

30. “Everything in my life has been about sound and making music, so Beats represents just that—the improvement of sound and the dedication to everything I’ve been doing from the day I started.”

31. “I love the new technology. New things give you a reason to want to go to the studio. New challenges mean you have to keep up, you know?”

33. “The race factor was just a minuscule part of what I was doing with Eminem. It was really about the music and how well we worked together.”

34. “I just want people to hear the music the way it’s supposed to sound, the way we meant for them to hear it. You sit in the studio all this time and make the music, tweak it, and try to get it perfect. They should be able to hear it that way.”

35. “No matter what type of equipment you have, you still have to have a certain talent to be able to make a good record.”

More Dr. Dre Quotes That Will Leave an Impact on You

36. “I’ve gotten my personal life all the way intact and made sure that it’s straight. Without that, you have no foundation. Your building is going to crumble. Everything that I do is for sound goals. It comes from my gut. When I’m sitting in the studio, a mix isn’t done till I feel it in my gut.”

37. “Clear communication, respect, a lot of laughter, and a lot of orgasms—that’s what makes a marriage work.”

39. “Every person walking has some kind of talent that they can get on tape.”

40. “I don’t have room in my life for folks that large and demanding.”

How Do You Keep Yourself Motivated to Pursue Your Passions?

Being successful in what we are passionate about means being consistent with hard work and having focus. Our initial efforts will lose their meaning if we lose direction and drive. It doesn’t matter how slow you progress; what is important is you keep loving the path you are taking now.

After years of being silent, Dr. Dre proves the value of holding on to hope and dreams. He showed how important it is to constantly take the next step despite all the hard things in the world through his comeback album. His heart and emotions were poured into his music, making his work relevant and inspiring for many.

We won’t deny that the road will be rocky, but we hope these Dr. Dre quotes were able to motivate you to just continue on. Take it one step at a time. Remember that your love for what you do will fuel your success in the future.

Which Dr. Dre quote is your favorite? Are you a fan of his? We’d love to hear from you, so comment below!