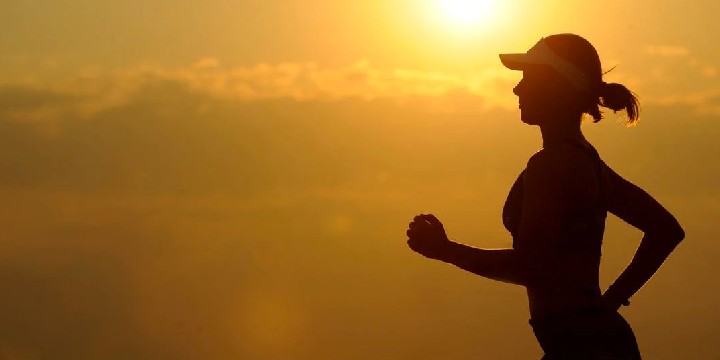 Life can never be smooth and easy all the time, so if you need daily reminders to guide you, check our collection of the best endurance quotes!

Sometimes, having endurance in life can be quite difficult. We strive so hard to reach our desired goals, but we can get demotivated when we don’t attain them instantly.

This is where endurance comes in; we must be resolute and firm in reaching our dreams, no matter how challenging the situation appears.

When we endure all hardships, we’ll find the light at the end of the tunnel. It’ll always be our choice of whether or not to give up or continue going. So, choose to persevere and endure.

Just keep your eyes focused on what you want to achieve, and with endurance, you’ll undoubtedly conquer it!

So, to help you start your journey toward success, read the best endurance quotes we’ve compiled.

And make sure to read these hardship quotes and achievement quotes.

1. “Endurance in this wicked world is the bravest thing a person can show through it all.” – Victoria Landrum

2. “Endurance is the crowning quality, and patience is the passion of great hearts.” – James Russell Lowell

3. “The men who learn endurance, are they who call the whole world, brother.” – Charles Dickens

4. “True endurance, I think, comes from the inside. It comes from motivation and belief in what you’re doing.” – Neil Strauss

5. “Your endurance is strongly influenced by your fundamental myth about fighting.” – Toba Beta 6. “Endurance is incomplete if it is only your body that is strong. You need to lift your mind and spirit as well.” – Anonymous

7. “Not in achievement, but in endurance, of the human soul, does it show its divine grandeur and its alliance with the infinite.” – Edwin Hubbel Chapin

8. “Endurance is not just the ability to bear a hard thing but to turn it into glory.” – William Barclay

9. “You must be fast enough—you must have endurance. So you run fast for speed and repeat it many times for endurance.” – Emil Zatopek

Endurance Quotes to Inspire You to Power Through Challenges

11. “If you can learn to endure pain, you can survive anything. Some people learn to embrace it—to love it. Some endure it by drowning it in sorrow or by making themselves forget. Others turn it into anger.” – Sarah J. Maas

12. “Happy he who learns to bear what he cannot change.” – Johann Friedrich von Schiller

13. “A man may die, nations may rise and fall, but an idea lives on. Ideas have endurance without death.” – John F. Kennedy

14. “It is far better to endure the pain now and enjoy it later. Life is all about endurance.” – Lailah Gifty Akita

15. “Endurance is one of the most difficult disciplines, but it is to the one who endures that the final victory comes.” – Gautama Buddha

17. “You’ll encounter difficulties at any job, and the best way for me to get through them is via endurance.” – Liu Wen

18. “Endurance and to be able to endure is the first lesson a child should learn because it’s the one they will most need to know.” – Jean Jacques Rousseau

19. “Humans are built for endurance, not speed. We’re awful sprinters compared to every other animal. We try to run our races as if they were speed races, but they are not. They’re endurance races. Even a marathon, the way it’s run now, it’s not an endurance contest.” – Christopher McDougall

Short Endurance Quotes That Are Full of Meaning

20. “Heroism is endurance for one moment more.” – George F. Kennan

24. “Enjoy when you can, and endure when you must.” – Johann Wolfgang von Goethe

26. “Endurance is the queen of all virtues.” – Chrysostom

29. “Endurance is nobler than strength, and patience than beauty.” – John Ruskin

30. “Endurance is as necessary as enjoyment.” – Lailah Gifty Akita

Endurance Quotes for Your Motivation

31. “Those who can bear all can dare all.” – Marquis De Vauvenargues

32. “Every calamity is to be overcome by endurance.” – Virgil

33. “My endurance has always been a strong point of mine—I think that has helped me in my fights.” – Carlos Condit

34. “The brave heart is called to the school itself in slow endurance against griefs that strike deep into the bosom.” – Aeschylus

35. “Endurance—it is the spirit which can bear things, not simply with resignation, but with blazing hope. It is the quality that keeps a man on his feet with his face to the wind. It is the virtue which can transmute the hardest trial into glory because beyond the pain it sees the goal.” – Anonymous

36. “Come what may, all bad fortune is to be conquered by endurance.” – Virgil

37. “Nothing happens to any man that he is not formed by nature to bear.” – Marcus Aurelius

Endurance Quotes to Strengthen Your Faith in God

39. “We really feel happier when things look bleak. Hope is endurance. Hope is holding on and going on and trusting in the Lord.” – Michael Novak

40. “When everything goes wrong, what a joy to test your soul and see if it has endurance and courage. An invisible and all-powerful enemy—some call him God, others the Devil, seems to rush upon us to destroy us; but we are not destroyed.” – Nikos Kazantzakis

41. “God places the heaviest burden on those who can carry its weight.” – Reggie White

42. “Do not pray for an easy life; pray for the strength to endure a difficult one.” – Bruce Lee

Endurance Quotes From the Bible

43. “Let us not become weary in doing good, for at the proper time we will reap a harvest if we do not give up.” – Galatians 6:9

44. “Therefore, we do not lose heart. Though outwardly, we are wasting away, yet inwardly we are being renewed day by day. For our light and momentary troubles are achieving for us an eternal glory that far outweighs them all. So we fix our eyes not on what is seen, but on what is unseen, since what is seen is temporary, but what is unseen is eternal.” – 2 Corinthians 4:16-18

45. “For everything that was written in the past was written to teach us so that through the endurance taught in the Scriptures and the encouragement they provide we might have hope.” – Romans 15:4

46. “We remember before our God and Father your work produced by faith, your labor prompted by love, and your endurance inspired by hope in our Lord Jesus Christ.” – 1 Thessalonians 1:3

47. “Therefore, since we are surrounded by such a great cloud of witnesses, let us throw off everything that hinders and the sin that so easily entangles. And let us run with perseverance the race marked out for us.” – Hebrews 12:1

Endurance Quotes That Zoom in on One’s Struggles

48. “There always comes, I think, a sort of peak in suffering at which either you win over your pain or your pain wins over you, according as to whether you can, or cannot, call up that extra ounce of endurance that helps you to break through the circle of yourself and do the hitherto impossible.” – Elizabeth George

49. “Scars are not signs of weakness, they are signs of survival and endurance.” – Rodney A. Winters

50. “Out of suffering comes the serious mind; out of salvation, the grateful heart; out of endurance, fortitude; out of deliverance faith. Patient endurance attends to all things.” – Teresa Of Avila

51. “May you find the strength of will and the grace of endurance to overcome every challenge.” – Lailah Gifty Akita

52. “The limits of tyrants are prescribed by the endurance of those whom they oppress.” – Frederick Douglass

53. “My strength is also my endurance. I can bear anything and everything.” – Urfi Javed

54. “The secret of endurance is to remember that your pain is temporary, but your reward will be eternal.” – Rick Warren

More Endurance Quotes for Those Who Want to Learn Positive Values

55. “Persistence and endurance will make you omnipotent.” – Casey Neistat

56. “The first virtue in a soldier is the endurance of fatigue; courage is only the second virtue.” – Napoleon Bonaparte

57. “Unless you have courage, a courage that keeps you going, always going, no matter what happens, there is no certainty of success. It is really an endurance race.” – Henry Ford

58. “To conquer, you must endure not just your own suffering but the suffering of others. Indifference is the ultimate evolutionary achievement, the highest rung on nature’s ladder.” – Rick Yancey

59. “Without patient endurance, even the smallest thing becomes unbearable. A lot depends on our attitude.” – Dalai Lama

60. “Life is not a PG feel-good movie. Real life often ends badly. Literature tries to document this reality while showing us it is still possible for us to endure nobly.” – Anonymous

Did These Endurance Quotes Awaken the Strength That Lies Within You?

Endurance is a crucial factor that powers our drive to succeed. Without it, we’ll be left demotivated with no fire to push through obstacles.

Life is filled with challenges, and the only way out of them is to persevere and endure. It will never be enough to just start your journey. You need to follow through and continue, no matter how tough things become.

It is only through enduring these hardships that we can survive this ever-changing and challenging world. So, stand firm and believe that if you stick to your problems long enough, you’ll eventually find practical solutions and answers.

With that, we hope this list of endurance quotes was able to show you just how important it is to remain steadfast in life. No success will come if we stay in one spot. We have to constantly move and conquer all challenges each step of the way!