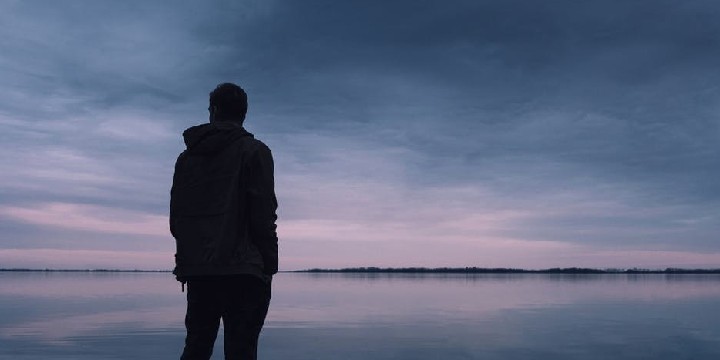 Reflect on these insanity quotes and see the world through a whole new lens.

Insanity is a word that can pertain to severe mental health issues that need to be addressed by medical professionals.

However, in another sense, it also means being unique and not conforming to the norm. Contrary to popular belief, the latter isn’t bad in itself.

This type of insanity is even recommended because it allows you to stand out from the crowd.

Remember, pioneers of significant innovations were once dubbed insane by society. So, don’t be afraid to be your true self and leave your mark on the planet!

To help you break out of the mold, read our collection of insanity quotes below!

And make sure to read these quotes to live by and positive quotes.

1. “Insanity is relative. It depends on who has who locked in what cage.” – Ray Bradbury

3. “The distance between insanity and genius is measured only by success.” – Bruce Feirstein

4. “Insanity is doing the same thing, over and over again, but expecting different results.” – Albert Einstein

5. “In individuals, insanity is rare; but in groups, parties, nations, and epochs, it is the rule.” – Friedrich Nietzsche

6. “You need a little bit of insanity to do great things.” – Henry Rollins

7. “It is sometimes an appropriate response to reality to go insane.” – Philip K. Dick

9. “Insanity is the only sane reaction to an insane society.” – Anonymous

12. “Genius is one of the many forms of insanity.” – Cesare Lombroso Bunch

13. “We’re all a little wacko sometimes, and if we think we’re not, maybe we are more than we know.” – Mariah Carey

14. “One person’s craziness is another person’s reality.” – Tim Burton

15. “If you think anyone is sane you just don’t know enough about them.” – Christopher Moore

16. “The scientists of today think deeply instead of clearly. One must be sane to think clearly, but one can think deeply and be quite insane.” – Nikola Tesla

17. “In a crazy world, it’s only your insanity that will keep you sane.” – Leo Buscaglia

19. “We have now left Reason and Sanity Junction. Next stop, Looneyville.” – Jim Butcher

20. “All things to do with drag are inherently therapeutic because the realization of your own insanity is the beginning of sanity.” – RuPaul

21. “There’s a fine line between genius and insanity. I have erased this line.” – Oscar Levant

22. “Insanity runs in my family. It practically gallops.” – Cary Grant

24. “We don’t just embrace insanity here. We feel it up, french kiss it, and then buy it a drink.” – Anonymous

25. “Insanity is hereditary; you get it from your children.” – Sam Levenson

26. “Insane is such a mean word. I prefer mentally creative.” – Anonymous

27. “The statistics on sanity are that one out of every four people is suffering from a mental illness. Look at your three best friends. If they’re okay, then it’s you.” – Rita Mae Brown

29. “Insanity is a very high art form. If everyone was insane, I wouldn’t be here!” – Rik Mayall

Insanity Quotes to Help You Navigate Life and Society

31. “When you live in the shadow of insanity, the appearance of another mind that thinks and talks as yours does is something close to a blessed event.” – Robert M. Pirsig

32. “Don’t worry if people think you’re crazy. You are crazy. You have that kind of intoxicating insanity that lets other people dream outside of the lines and become who they’re destined to be.” – Jennifer Elisabeth

33. “If being crazy means living life as if it matters, then I don’t care if we are completely insane.” – Anonymous

34. “You’re only given a little spark of madness. You mustn’t lose it.” – Robin Williams

35. “Life is absolutely insane. Yes, life is insane but the great wisdom lies in choosing your insanity wisely.” – Paulo Coelho

36. “We do not have to visit a madhouse to find disordered minds; our planet is the mental institution of the universe.” – Johann Wolfgang von Goethe

37. “Sane is the insanity most call normality put forth by society.” – Erik Till

38. “The sanity of society is a balance of a thousand insanities.” – Ralph Waldo Emerson

39. “There are lots of insane human beings around us. Their only advantage is that they are not locked up like those poor beings in the mental asylum. Actually, these people are more dangerous than those in cells. The real insane people are in their own sweet world without causing any harm to the other person. But sanely insane people around us are causing lots of trouble wherever they go.” – Johi Valli

40. “I doubt if a single individual could be found from the whole of mankind free from some form of insanity. The only difference is one of degree. A man who sees a gourd and takes it for his wife is called insane because this happens to very few people.” – Desiderius Erasmus

Short Insanity Quotes That Zoom in on Chaos and Madness

41. “No great mind has ever existed without a touch of madness.” – Aristotle

42. “I may be crazy, but it keeps me from going insane.” – Waylon Jennings

43. “I don’t suffer from my insanity―I enjoy every minute of it.” – Sherrilyn Kenyon

44. “Insanity is relative. Who sets the norm?” – Charles Bukowski

45. “When dealing with the insane, the best method is to pretend to be sane.” – Hermann Hesse

Insanity Quotes for People Who Feel Like They’re Misunderstood

47. “The only difference between the sane and the insane is that the sane have the power to lock up the insane.” – Hunter S. Thompson

48. “Insanity is being shit on, beat down, coasting through life in a miserable existence when you have a caged lion locked inside and a key to release it.” – Morgan Freeman

49. “There is no insanity so devastating in man’s life as utter sanity.” – William Allen White

50. “For me, insanity is super sanity. The normal is psychotic. Normal means lack of imagination, lack of creativity.” – Jean Dubuffet

51. “Insanity is everyone expecting you not to fall apart when you find out everything you believed in was a lie.” – Shannon L. Alder

52. “I had no idea there was such a thin line between sanity and insanity. I got pushed right to the edge by tragedy in my life, and I couldn’t stand up; I couldn’t recover.” – Margaret Trudeau

53. “You’ve been on the edge of insanity your entire life, haven’t you? So many people called you crazy you actually started to believe it. You wondered if they were right. You wondered if you could fix it. You thought if you could just try a little harder, be a little better, smarter, nicer―you thought the world would change its mind about you. You blamed yourself for everything.” – Tahereh Mafi

54. “There is in every madman a misunderstood genius whose idea, shining in his head, frightened people, and for whom delirium was the only solution to the strangulation that life had prepared for him.” – Antonin Artaud

More Insanity Quotes That You Need to Read Today

56. “Insanity is knowing that what you’re doing is completely idiotic, but still, somehow, you just can’t stop it.” – Elizabeth Wurtzel

57. “And those who were seen dancing were thought to be insane by those who could not hear the music.” – Friedrich Nietzsche

58. “Not everyone is capable of madness; and of those lucky enough to be capable, not many have the courage for it.” – August Strindberg

60. “When the whole world is running towards a cliff, he who is running in the opposite direction appears to have lost his mind.” – C.S. Lewis

Was There a Moment in Time When You Thought You Were Insane?

Insanity isn’t just about being crazy. Its definition can range from being illogical, wild, mad, or just simply being different from others. That’s why it’s safe to say that we all have experienced our moments of insanity.

Society will put immense pressure on us, and that can push us toward the brink of madness. But, just keep in mind that insanity is not entirely bad. Sometimes, it’s what you need so you can respond to life’s challenges more creatively and effectively.

More importantly, having insane and out-of-this-world ideas isn’t something you should be afraid of. In fact, we learn from the quotes above that insanity is just a few steps away from ingenuity!

So, let loose, go mad, and with a stroke of luck, you might just be one of those crazy geniuses who will change the world. Whenever you need inspiration or some words of encouragement, make sure you revisit this list!