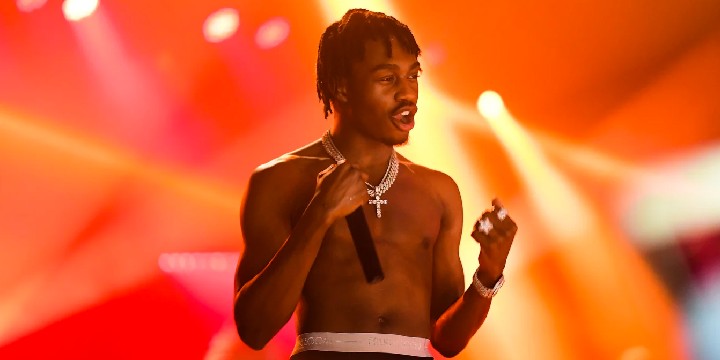 We’ve compiled a list of our favorite Lil Tjay quotes to inspire you to give it your all in everything you do.

Lil Tjay is an American rapper and songwriter based in New York. Despite being imprisoned, he began to write and practice his rapping style, which in time, became his stepping stone toward success.

With his determination and immense passion for creating music, he became a global role model for young teenagers and aspiring rappers.

Check out this collection to learn more about his inspiring perspectives on life and success!

And make sure to read these Juice WRLD quotes and Polo G quotes.

4. “I feel like all my songs slept on. I’m not complainin’, but I just wanna drop more heat.”

5. “You gotta take a risk or you’ll be doing the same sh*t for the rest of your life.”

6. “I don’t want to be true to anybody else. I want to follow my dreams. I want to make sure that I put myself first and accomplish what I need to accomplish.”

7. “It’s kind of hard knowing the outside perspective of me. But I just hope people understand the image I’m trying to paint. I’m a good-hearted person and my biggest goal is to be successful. That’s really the biggest part about me.”

8. “Honestly, my goal is just to let people hear my story and just like, feed everybody that could relate to my story in any way.”

10. “Don’t ever let negative energy affect your state of mind.”

13. “I feel like a lot of times when stuff is on my mind, I really don’t show it. I know how to hide my emotions.”

15. “A lot of time, I like to sing music that people can relate to, but not necessarily put them in a depressed mood.”

17. “Everybody goes through something, it’s all about perseverance.”

18. “Inspiration is basically just saying how I accomplished my goals or how I am accomplishing my goals.”

19. “We all are fighting different battles. I just pray we all get through them.”

21. “I’m going to step into different lanes. I have different ways I can approach a track.”

Insightful Lil Tjay Quotes That Will Teach You About Life

22. “I’m just processing everything that’s going on and figuring out what’s next in the next phase of life.”

23. “I talk about my life and sh*t that really happened. It’s deeper than having something to lose. I kind of understand life more.”

25. “Me and my guys, we’ve been through a lot. We took the wrong way in life and stuff like that. I’m just trying to show people that there’s other ways to do things.”

26. “I started seeing how I wanted my story to be told. Going to jail is one of the best things that happened to me. It helped me get my mind right.”

27. “I got a lot of experience for my age. Some artists might take a line or two from a bunch of songs and snip it together and make something, but everything I say I do.”

28. “A lot of people think I got money now, I can help everybody and all this other stuff. It don’t work like that. I still got stuff that I got to do. I can’t make everybody else a priority before me.”

29. “I’m trying to say like, ‘I don’t care about your opinion. I know what I want to do,’ and I was just at the point where I wanted to get to the next level. You know what I’m sayin’? So I’m just speakin’ about, like imagining. Basically, at the time, I was imagining being here. And it came true.”

31. “Remember that you’ve survived all of your worst days.”

32. “People come and go, but the real ones stay forever.”

34. “I’m that friend who waits for you to tie your shoe while everyone else keeps walking.”

35. “Eventually that hurt goes away, and you’ll find yourself again—and never let go.”

36. “If you cheat on your girl, you’ll probably snake on your boys. Loyalty is loyalty.”

37. “Get your life together on the low, no one has to know what you’re doing and how.”

38. “Actions speak louder than words, so believe what you see and f*ck what you heard.”

42. “Don’t show people your plans. Show them your results.”

46. “Society has become so fake that the truth actually bothers people.”

47. “I been removing myself out of people’s lives a lot lately, they don’t deserve me, for real.”

49. “Stop being around people that bring out the person you’re not tryna be anymore.”

50. “That fight between your mind and your heart ain’t no joke.”

Interesting Lil Tjay Quotes and Lyrics From His Hit Songs

Lil Tjay Quotes on His Personality and Worldview

54. “Basketball sneakers are for people who want to be comfortable. I rather be uncomfortable and just look nice.”

55. “I’m definitely the distant friend type now. I may not speak to you every day but if you need anything—I got you.”

57. “My dream job growing up was always to be an artist. It wasn’t even that I would be a rapper or singer; I just knew I would be a public figure.”

59. “I don’t feel comfortable without certain things. I always want some money in my pocket to do whatever I want. Even if it’s something like I want to eat food that costs more than what I got.”

60. “Some people are very private. If you don’t ask, they won’t say anything.”

61. “‘True 2 myself’ means a lot to me because it’s a part of me. It’s me trying to get to my next level of success, so I just need to be true to who I am and focus on that main goal.”

62. “Any friend that turns into an enemy has been hating you from day one.”

64. “My grandmother was very big in my life. When I used to have little arguments with my mom, stuff like that, or when you’re not getting along with your parents, you go right to my grandmother’s crib. That’s where I used to chill out when I didn’t want to be around my mom.”

65. “I mean, just going everywhere, people acknowledging me, getting respect. A lot of people look up to me and I feel good. Then I say, ‘I remember it could’ve been lights out,’ this time last year I was locked up. I had no songs out. I just had a dream; I had a plan, that’s it. When I say it could’ve been lights out, I could have been locked up for a lot more time. It’s just I’m blessed.”

66. “Basically, what I’m trying to say is anybody from the streets or anybody involved in anything that was ever street activity, you know, rule number one is if you get caught, don’t tell it’s yours, because you was an ally, so that’s what you signed up for. So basically, me saying that is basically expressing myself to music or someone might have said something on me, because they might have told on me when I did my time. So it’s just me just expressing my emotions to music.”

67. “Once I realized music was working, I was getting money off of shows, and I figured that I could find success through music.”

68. “When I make my music, I try and speak to me. I try to go back and hear it, so my music gets me through the times, you know what I’m saying?”

69. “I started out with making music next to a fan and a bed and a closet. You know what I’m saying, I was in the studio, every day—all day.”

72. “I just wanna show the world what I think real music is, you know what I’m saying? So I just wanna show them my opinion ‘cause I feel like I make real music. I wanna leave a big impression on the world. This is just the start. It’s just the start. I didn’t bring out the hidden talents yet, you know what I’m saying? I didn’t bring out the different talents. I’m definitely trying to experience different genres of music.”

More Lil Tjay Quotes to Give You Insight Into His Experiences

75. “Even when I’m older, I might be in a different headspace, but I want to be able to go back to ‘True 2 Myself’ and remember this season. It’s really for me.”

76. “A lot of times, when I say pain, I mean my emotions and what’s going through my head. So a lot of the time, I move off emotions, or people in the street move off of emotions. So my mom started to understand what was going and why things were happening, so—and she thought it’d never change, that’s what I’m trying to say, and at that point in my life, I didn’t feel like it was neither because I didn’t know no other way.”

79. “At the end of the day, there’s a lot of people that say stuff about me ain’t never seen me, and probably won’t ever see my life. It’s just like you’re better off minding your business. What do you get out of saying something negative about me?”

80. “If I could say something to all my guys locked up, I’d just say keep your head up, man. This system, it’s not built for nobody, you know what I’m saying. So it’s hard in there.”

Did These Lil Tjay Quotes Teach You How to Turn Your Hardships Into Opportunities?

Lil Tjay’s road to fame didn’t start easy. He spent his early adolescent years getting into fights and committing petty robberies, which landed him in a juvenile detention center in 2016. There, he worked on the fundamentals of his rapping career.

He released Resume when he got out of prison. It quickly went viral, opening up plenty of new doors for him.

In 2018, he decided to pursue his rapping career seriously. He attributed his style to Michael Jackson, Usher, R. Kelly, and Justin Bieber. Moreover, even at a young age, he knew he’d be famous and wanted to write R&B songs.

Lil Tjay reminds us not to let setbacks discourage us from living the life we want and pursuing our dreams. We hope our collection was able to inspire you to work hard and persevere, no matter what obstacle you may encounter.