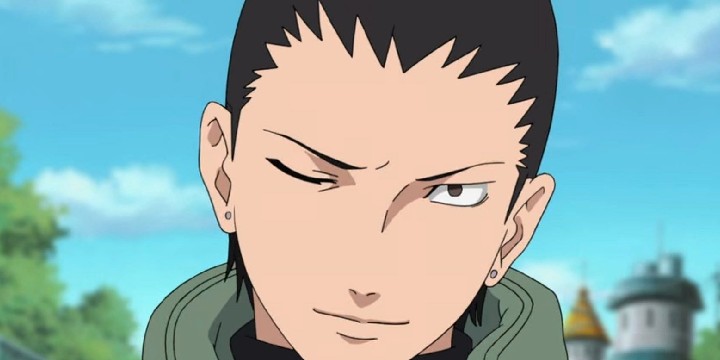 If you’re a fan of the Naruto anime series or manga, then these Shikamaru quotes are something you should definitely check out!

Shikamaru Nara is a ninja affiliated with the village of Konohagakure. He’s one of the most intelligent shinobi in the Land of Fire, with an IQ of over 200. With his uncontestable wits and brains, he was the first of his generation to become a chunin.

His ability to adapt well to different situations and think on his feet are some of the reasons his friends look to him as a capable leader and friend. Alongside that, with Shikamaru’s excellent decision-making skills, he’s able to lead his team to victory.

He may not be the main character of the series, but there’s no doubt that Shikamaru’s role is essential in both the manga and the anime.

So, read through this list if you want to know more about his personality, characteristics, and the sacrifices he had to make for his friends and family. We’re sure his quotes will help you develop a better mental capacity when dealing with obstacles.

And don’t forget to check out these Obito Uchiha quotes and Minato Namikaze quotes.

2. “That doesn’t scare me. We believe in different things. I believe in the will of fire.”

3. “I know I usually seem like a pretty lazy guy, but not today. Because now, I’m responsible for your lives too.”

4. “Don’t you think it’s about time for us to be the ones who entrust, not the entrusted? It’s a drag, but I can’t say that.”

5. “It’s stupid to talk about things you’re not. Be yourself, and you’ll be fine.”

6. “There’s no advantage to hurrying through life.”

7. “Stay focused. Never avert your eyes because if an opening arises, even our insignificant power may be enough to determine the fate of the world.”

8. “I could say I’m not sad, but I’d be lying. The problem is the world won’t let me stay a kid forever, so I can’t lie around crying about it either.”

9. “I only became a ninja because I thought life would’ve been more interesting as one—I suppose things aren’t gonna be that simple.”

10. “How many times do I have to tell you? The first move is always a feint. It’s the most basic thing, to land a hit with the second move.”

11. “You would think just this once, when it was life or death, I could pull through.”

12. “Regardless of our limitations, we can always be of some use. Our power may seem insignificant—but it may just prove to be useful in the grand scheme of things.”

14. “It’s because we help out when they’re in trouble that we can count on them to come running when we need it.”

15. “When you curse someone, you dig two holes. You know what that means?”

16. “If you curse to kill someone, you also get killed in retribution; that’s why you need two holes for the burial.”

Shikamaru Quotes to Help You Understand the Value of Accountability

17. “My master entrusted me with a lot, from big things to little things. It’s the same for you, an unlimited number of things.”

19. “If women made you a better person, I wouldn’t want to know what you were like before.”

20. “Someday, you’ll be the one to treat others to ramen, and you’ll be called Naruto sensei. We can’t stay kids forever, like Asuma and Jiraiya; I wanna be as cool as them.”

21. “The mission order is still on, right? We formed a new team, and we are going to execute the mission.”

22. “Laziness is the mother of all bad habits, but ultimately she is a mother, and we should respect her.”

23. “These woods are a special place in the Land of Fire. Our family is the only one allowed in. No one else comes here. Our family will always keep an eye on you.”

24. “That pathetic Lord Jashin or whatever isn’t your God anymore. I am. Now I will hand down judgment.”

25. “Sometimes I wish I was a cloud—just floating along, going wherever the breeze takes me.”

Short Shikamaru Quotes to Remind You of His Iconic Lines

29. “The only one bringing down vengeance is me.”

30. “Figuring out for yourself is a valuable part of training.”

Shikamaru Quotes to Revisit the Anime’s Most Exciting Scenes

31. “It’s the will of fire—the will to protect our village. Goodbye, sensei.”

32. “This keepsake lighter—when I have this, it’s as if Asuma sensei is nearby. It’s as if he is protecting us. It just feels that way.”

33. “We might be trying to do something really risky. Please look after us, Asuma sensei.”

34. “I never really liked Sasuke, but all the same, he’s a member of the Hidden Leaf village, he’s a comrade, and I’ll put my life on the line to help him; that’s the way of our village.”

35. “It really doesn’t matter to me if I ever become a chūnin or not, but I guess I shouldn’t let myself be beaten by a female, so let’s do it!”

36. “It’s just that—how should I put it—it’s because I’m concerned about Choji and Ino and other guys in the unit. And well, Naruto—so I’m just hanging around.”

37. “You know what they’re like, and you can never figure them out. You never know where you could stand with them. The smallest things could put you on their bad side. Always playing little mind games with you. Trying to make you do what they want. They’re just a big pain, basically.”

38. “Someday, I just want to marry a regular girl who isn’t too ugly and not too pretty. Have two children, first a girl, then a boy. Retire after my daughter is married and my son becomes a successful ninja, and spend the rest of my life playing shōgi or Go. Then die of old age before my wife.”

39. “Ughh. Great. What’s the point in setting the alarm if I’m going to wake up before it goes off? What a total waste. Now I’ve gotta shut it off, but I don’t feel like moving. But if I don’t shut it off, it will just keep ringing and ringing. Sigh. It makes me tired just thinking about the whole thing. Some mornings are such a drag.”

40. “Oh man—those clouds are so lucky. so free. More to the point, I didn’t feel like doing this in the first place.”

Did These Shikamaru Quotes Help You Become Wiser?

Shikamaru may seem aloof—cold, distant, and has seemingly no care for those around him. However, he is just the opposite of that. In fact, Shikamaru sacrificed a lot for his friends and their village.

Though he’s not the main character, many viewers relate to his personality. Unlike Naruto, who’s full of energy and always wants to go on missions, he seems lazy and just wants to keep to himself. Yes, he has that side to him, but he also knows how to use his intelligence to work around difficult situations.

He has a tough mentality that helps him make wise choices for himself and his friends. Like what he did in the series, Shikamaru always thought about things in the long term. More than this, he also inspires us to fight and be present for our friends constantly.

On the outside, you may think that he’s unapproachable. But, if you try to dissect his character, you’ll see that Shikamaru always steps in when someone from the village needs a helping hand or someone to talk to.

With that, we hope these Shikamaru quotes were able to give you a better understanding of one of our favorite Naruto characters. The next time you watch the anime, remember some lessons from this collection that’ll help you see his character in a new light!

Have you watched Naruto before? Who’s your favorite character? Comment below!