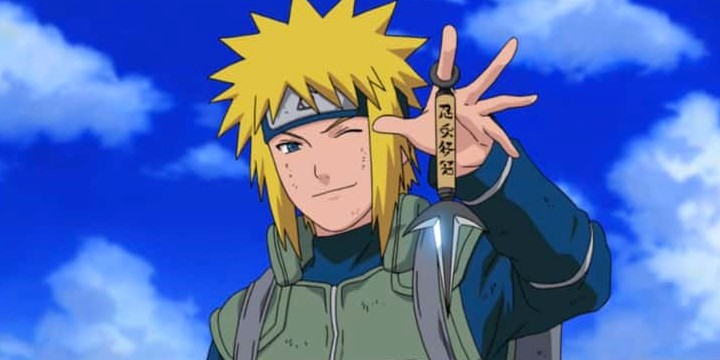 Explore some of the best Minato Namikaze quotes containing many life lessons on being brave and selfless!

Minato Namikaze was the Fourth Hokage of Konohagakure. You might also know him as Konoha’s Yellow Flash. When Kurama, the Nine-Tails, attacked his village, he gave his all to make sure he saved his loved ones’ lives from destruction.

With his braveness and willingness to sacrifice his life for the village he loved, he became the hero of Hidden Leaf Village. This, in turn, helped him achieve his dream of being one of the greatest Hokages ever to lead his village. He sacrificed his life but earned the greatest gift of all—allowing his son, Naruto, to live his own life.

Minato Namikaze became such a legend that stories of his bravery and sacrifice were passed to future generations.

Through this list of quotes, you’ll be able to get a glimpse of just how great he is, too! If you want to know more about him, then make sure you read through to the end!

And don’t forget to check out these Obito Uchiha quotes and Shikamaru quotes.

3. “If a man hasn’t discovered something that he will die for, he isn’t fit to live.”

4. “When you don’t just talk big, but have a courageous heart as well, then you’ll be truly strong.”

5. “I have died many a death in love, and yet, had I not loved, I would never have lived at all.”

6. “I won’t fail. I have responsibilities on my shoulders.”

10. “Trying to save the things we love breeds war. As long as love exists, there will be hatred, and ninjas will continue being used by that hatred. As long as the ninja system exists, hatred will create another creature like Pain.”

11. “Though I walk through the valley of the shadow of death, I will fear no evil.”

12. “There are things I have to protect with my life!”

16. “Turning your back on your village is as bad as abandoning a child.”

19. “Even if I live, I would never be able to substitute you. There are things that need to be told to him by his mother. Even if you have the briefest moments to do so, this isn’t just for you. It’s for Naruto.”

Minato Namikaze Quotes That Zoom in on Selflessness and Sacrifice

22. “I’m confident that I won’t lose, especially now that I have people who love me and whom I love.”

23. “I’ll protect the Hidden Leaf Village with my life! It’s my duty as a Hokage!”

25. “The most important thing for a shinobi is teamwork!”

More Minato Namikaze Quotes for Fans Who Adore His Character

26. “I want everyone in the village to acknowledge me and become a great Hokage.”

28. “Naruto, this is your dad. Listen to your motor-mouth mother.”

Did These Quotes Make You Ponder on the Concept of Sacrifice?

When you’re selfless, you think of others’ welfare before your own. You give less to yourself and more to others—like what Minato Namikaze did for his beloved village and son.

As a leader, he understood that he would be at the front and that there could be a situation where he had to give his life to save the lives of many. This is precisely what happened in the series. Through his actions, we can learn about the most selfless love—serving without expecting anything in return.

Indeed, the world would be a much better place if there were more people like Minato Namikaze. Sometimes, we have to make sacrifices for the greater good, and knowing what it feels like to be in pain is why we try to show kindness to others. So, let’s try to live by the lessons we find through Minato Namikaze’s quotes and try to build a better world for future generations.

Is Minato Namikaze one of your favorite characters from Naruto? What do you think of the sacrifices he made? Please, share your thoughts below!