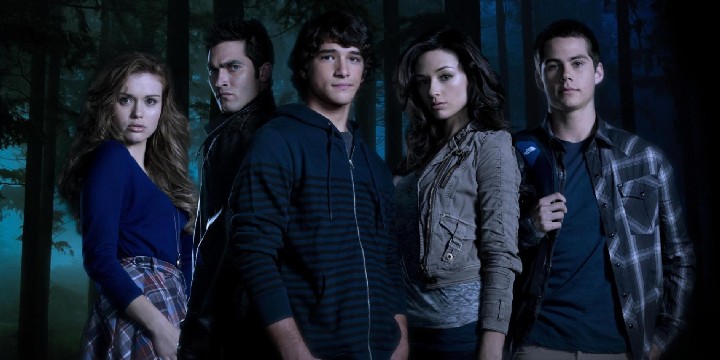 Keep your cool with these Teen Wolf quotes that will keep you entertained for hours.

The Teen Wolf series follows Scott—a high schooler bitten by a werewolf. No one can contest that this affected and changed his ordinary teenage life. This event transformed him into a hero for some, but a monster for those who despise and want him dead.

Aside from the cast and interesting plot, the series has a lot of lessons that you can apply in your daily life. Some of these lessons include facing the fact that you’re different. Not everyone will accept you, but your family—the pact—will always stand beside you.

Being different is not a crime; as long as you are not causing harm to others, you’re not doing anything wrong. However, it may be hard to accept this fact. That’s why having friends and family who support you through thick and thin is essential.

Here are some of the best quotes from the series that’ll take you back to its most exciting scenes! Ready yourself for a ride full of adventure, tears, and lessons.

And don’t miss out these The Vampire Diaries quotes and vampire quotes.

4. “I’m a fan of ignoring a problem until it just goes away!” – Stiles

5. “Perfect combinations are rare in an imperfect world.” – Peter

7. “Problem is, though, sooner or later, physical pain, it’s―it’s manageable. See, real pain is emotional pain. That is the kind of pain that lasts.” – Theo

9. “Maybe you should learn to bend before someone breaks.” – Melissa

10. “Life can’t ever be all bad or all good. You know, eventually, things have to come back to the middle.” – Scott

19. “Scott’s always been about one thing: saving his friends.” – Derek

20. “Isn’t the captain supposed to be one of the best players on the team? Or even good?” – Kira

22. “If you think getting rid of contractions in all of your sentences makes your argument any more legitimate, then you are wrong.” – Stiles

23. “Ever feel like you have the best intentions but you’re just making one mistake after another?” – Allison

24. “I know the sign on the door says we’re closed, but you could have at least tried knocking.” – Dr. Deaton

28. “Well, it’s nice to see that someone hasn’t lost their optimism.” – Derek

30. “Never frown. You never know who is falling in love with your smile.” – Lydia

31. “Even when a leader thinks they have nothing left to give, there’s still one thing: hope. Give them hope.” – Melissa

35. “Not all monsters do monstrous things.” – Lydia

36. “We protect those who cannot protect themselves.” – Allison

37. “Scared people will do things that you wouldn’t believe.” – Scott

42. “No more peace summits. No more running. No more half measures.” – Scott

44. “Now we have allies who used to be enemies. Now we have protectors. We have friends willing to fight for us.” – Scott

46. “They ran that night. Gerard put guns into people’s hands, but a lot less than he thought was willing to use them. More people know our secret now, but more of them are on our side.” – Scott

51. “I think there’s a pretty good chance that things are never going back to normal.” – Stiles

53. “I don’t know how to help you help me tell you something that would help you if I don’t know it!” – Stiles

55. “It happens to everyone around you, to all the people left standing at your funeral, trying to figure out how they’re going to now live the rest of their lives without you in it.” – Stiles

58. “I would destroy every piece of evidence to protect you. I would burn the whole sheriff’s station to the ground.” – Noah

59. “It’s okay, it’s perfect. I’m in the arms of my first love. The first person I ever loved. The person I’ll always love. I love you, Scott. Scott McCall.” – Allison

60. Stiles: “Yeah. Listen to me―do you remember the last thing I said to you?”

Lydia: “You said―you said, ‘remember I love you.’”

Teen Wolf Quotes That Zoom in on Life and Death

Interesting Teen Wolf Quotes for Everyone Who Feels Out of Place

65. “You know how every family has its little secrets? Ours is a little different.” – Kate

Teen Wolf Quotes to Get a Taste of the Intense Plot

70. “There’s more than you think, and it’s not just hunters. It’s anyone and everyone who is willing to pick up a gun.” – Nolan

71. “The legend is that you need silver to kill a werewolf. The truth? You need an Argent.” – Gerard

72. “You’ve made it this far without getting your hands dirty, Scott. No one makes it through a war with clean hands. If you won’t start killing, better find someone who will.” – Peter

73. “It’s not that easy to kill a hellhound. You know that’s what he’s called, right? If you’re going to wander into this world, might as well have all the information.” – Noah

74. “You might be able to kill him with a look, but you’d be surprised at how resourceful he can be.” – Gerard

Short Teen Wolf Quotes to Entice You to Watch the Series

83. “Can someone please say it with words that have less than three syllables?” – Stiles

85. “They shot my toe! You want to see it? My toe was caught in the crossfire. It was obliterated.” – Stiles

86. “Can someone please come and take this gigantic shard of glass out of my chest? Please?” – Stiles

87. “You better make it a perfect shot, Sheriff, because I don’t go down easy.” – Peter

88. “I can’t take this waiting around like this, you know? It’s nerve-wracking. My nerves are wracked, they’re severely wracked.” – Stiles

90. Stiles: “Okay, so you’re telling me we have to go up against this thing blind and face our deepest fears?”

Malia: “You’d need to have morals.”

More Teen Wolf Quotes for You to Enjoy

94. “So literally day one of my internships and up comes this slide about this guy they have been chasing in the woods in North America.” – Stiles

95. “In preparation of some big changes, I’ve decided to drop some of the dead weight in my life, and you’re just about the deadest.” – Jackson

96. “You have known about the supernatural for five minutes, and we have been doing this for a lot longer, so trust me when I tell you these kids can handle it.” – Melissa

97. “You think Gerard turned you into a pariah? Your powers did that. You’ll always be an outsider because of your abilities.” – Deucalion

98. “This is how you wage war, Scott. A strategic positioning of your army against theirs, which is why you will come to me. You will try to save as many as you can, and you might even save a few, but your limited resources will be spread thin, and ultimately, you will fail.” – Gerard

99. “You’ll forgive me for not looking you in the eye while talking. I’ve heard the stories of how lethal it can be. I know what you want. You want your freedom and that means getting rid of people like Scott McCall.” – Gerard

100. “You convinced the FBI to bring an intern onto an extremely dangerous field operation?” – Lydia

Which of These Teen Wolf Quotes Encouraged You to Embrace Your Uniqueness?

Teenage years are when people are looking for their place in the world. But, with peer pressure and so many social cues to manage, it can be challenging to direct yourself toward what you truly want in life.

It can be overwhelming, especially if you are suddenly given responsibility out of your league. This was precisely how Scott felt when he suddenly needed to adjust to his newfound abilities. His supernatural powers were far too strong for him to handle right off the bat.

However, with the help of his loved ones, he could use the situation to his advantage and assist in resolving crimes that occurred in their town. Indeed, the saying is true that with great power comes great responsibility. But, it is only through accepting what you’re capable of and accepting the help of your family that you’ll be able to make it in life.

We hope these Teen Wolf quotes were able to push you to do the right thing and always be true to yourself. Share these quotes with others to encourage them to believe in themselves and find support from those close to them.

Which of these Teen Wolf quotes is your favorite? Do you recognize yourself in any of the characters in this series? Comment below.