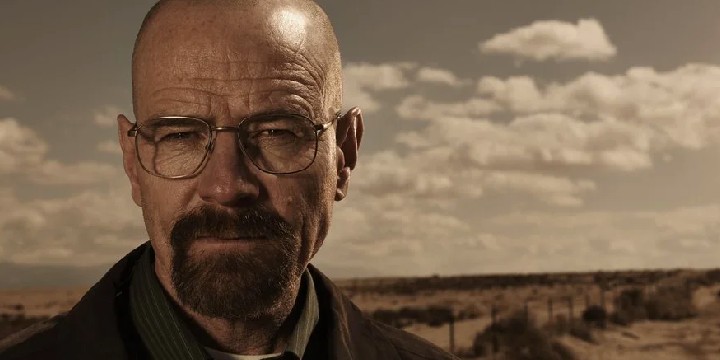 We’ve gathered the best Walter White quotes that will let you revisit his most iconic scenes and fill you with wisdom about life.

Walter White is the main protagonist of the Breaking Bad television series. His character tells the story of a timid chemistry teacher turned badass drug and crime lord.

With his ambitions, pride, and genius, Walter made a name for himself and amassed wealth. However, even with all the fame and money he acquired, he continued to let his selfishness take over him, resulting in his worst choices in life.

There is a lot to learn from his words about life, actions, and consequences. So, make sure you don’t miss anything by reading the full collection below.

And check out these Breaking Bad quotes and Mad Men quotes.

1. “You need to stop focusing on the darkness behind you. The past is the past. Nothing can change what we’ve done.”

2. “Never give up control. Live life on your own terms.”

3. Skyler White: “Walt, please, let’s both of us stop trying to justify this whole thing and admit you’re in danger!”

Walter White: “Who are you talking to right now? Who is it you think you see? Do you know how much I make a year? I mean, even if I told you, you wouldn’t believe it. Do you know what would happen if I suddenly decided to stop going to work? A business big enough that it could be listed on the NASDAQ goes belly up. Disappears! It ceases to exist without me. No, you clearly don’t know who you’re talking to, so let me clue you in. I am not in danger, Skyler. I am the danger. A guy opens his door and gets shot, and you think that of me? No. I am the one who knocks!”

6. “You either die a hero or live long enough to see yourself become a villain.”

7. “I have lived under the threat of death for a year now. And because of that, I’ve made choices.”

8. “There is gold in the streets just waiting for someone to come and scoop it up.”

9. “Being the best at something is a very rare thing. You don’t just toss something like that away.”

10. “I’ve been living with cancer for the better part of a year. Right from the start, it’s a death sentence. That’s what they keep telling me. Well, guess what? Every life comes with a death sentence. So, every few months, I come in here for my regular scan knowing full well that one of these times, hell, maybe even today, I’m gonna hear some bad news. But until then, who’s in charge? Me. That’s how I live my life.”

11. “If you don’t know who I am, then maybe your best course would be to tread lightly.”

12. “Jesse, you asked me if I was in the meth business or the money business. Neither. I’m in the empire business.”

13. “The universe is random. It’s not inevitable. It’s simple chaos. It’s subatomic particles in an endless, aimless collision. That’s what science teaches us, but what is this saying? What is it telling us, when on the very night that this man’s daughter dies, it’s me who’s having a drink with him? How can that be random?”

14. “I have spent my whole life scared, frightened of things that could happen, might happen, might not happen. Fifty years I spent like that, finding myself awake at three in the morning. But you know what? Ever since my diagnosis, I sleep just fine. What I came to realize is that fear, that’s the worst of it. That’s the real enemy. So, get up, get out in the real world, and you kick that bastard as hard as you can right in the teeth.”

15. “It’s always been one step forward and two steps back.”

16. “I told you, Skyler, I warned you for a solid year, you cross me, and there will be consequences.”

18. “If you believe that there’s a hell, we’re pretty much already going there.”

19. “Right now, what I need, is for you to climb down out of my ass. Can you do that? Will you do that for me, honey? Will you please, just once, get off my ass? You know? I’d appreciate it. I really would.”

24. “Sometimes, I feel like I never actually make any of my own. Choices, I mean. My entire life, it just seems I never, you know, had a real say about any of it. Now this last one, cancer, all I have left is how I choose to approach this.'”

25. “What is going on with me is not about some disease. It’s about choices. Choices that I have made, choices I stand by.”

26. “You know I, I just think that things have a way of working themselves out.”

27. “Sometimes, it feels better not to talk. At all. About anything. To anyone.”

Walter White Quotes to Change Your Perspective About Everything

28. “Electrons—they change their energy levels. Molecules change their bonds. Elements—they combine and change into compounds. Well, that’s all of life, right? It’s the constant. It’s the cycle. It’s solution, dissolution, just over and over and over. It is growth, then decay, then transformation.”

29. “See that watch? It’s a birthday present. The person who gave me this present wanted me dead too. Not that long ago, he pointed a gun right between my eyes, right here, and he threatened to kill me. He changed his mind about me, Skyler. And so will you.”

30. “You think I came all this way just to let something as silly as lung cancer take me down? Not a chance. I’m not going anywhere.”

31. “I’m saying that I lived too long. You want them to actually miss you. I truly believe there exists some combination of words. There must exist certain words in a certain specific order that can explain all of this, but with her, I just can’t ever seem to find them.”

33. “Name one thing in this world that is not negotiable.”

35. “It cannot be blind luck or some imaginary relative who saves us. No, I earned that money, me.”

More Walter White Quotes That We Will Never Forget

38. “My name is Walter Hartwell White. I live at 308 Negra Arroyo Lane, Albuquerque, New Mexico, 87104. To all law enforcement entities, this is not an admission of guilt. I am speaking to my family now. Skyler, you are the love of my life. I hope you know that. Walter Jr., you’re my big man. There are going to be some things that you’ll come to learn about me in the next few days, but just know that no matter how it may look, I only had you in my heart. Goodbye.”

39. “Cheer up, beautiful people. This is where you get to make it right.”

How Do You Determine if Your Action Is Good or Bad?

We make decisions—big and small—all the time that significantly affect the people around us. So, every time we’re faced with a choice, we should constantly assess whether the bad will outweigh the good results and vice versa.

In Breaking Bad, Walter White may have good intentions at first. But, he lets his greed and pride win over his heart to the point that he harms other people. If we find ourselves getting to this, we should stop and rethink our actions and change them.

We should never justify our wrong choices and hope that things will improve. After all, our decisions and how we act define who we are and who we will be in the future. The past—along with our mistakes—will continue to haunt us if we don’t actively try to change for the better.

So, make sure to reflect on your identity and actions using these Walter White quotes. Always remember that no dream is worth sacrificing our morals and humanity.

Which Walter White quote is your favorite? Did you learn a lot from watching him in Breaking Bad? Let us know what you think in the comments section below.