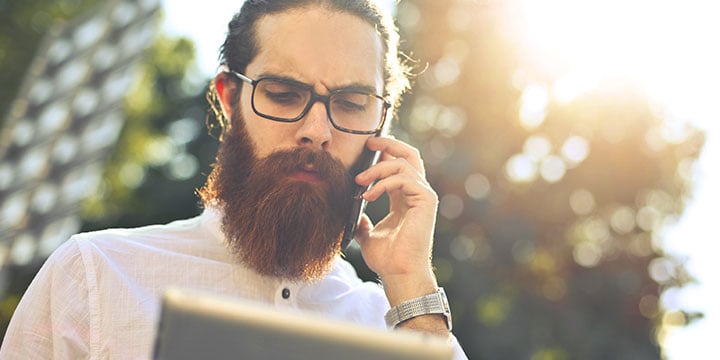 Let these anger quotes help you understand the disadvantages of approaching life negatively.

Many things can piss us off, and sometimes, things get so bad that they anger us.

It’s so easy to just get caught up in these negative emotions that we fail to stop, think, and reflect on the possible outcomes our anger might bring.

Moreover, when these negative emotions consume us, we tend to forget that there might be an alternative way of approaching the situation at hand.

We must never forget that anger not only brings about consequences to the person we’re directing our rage to. Anger affects us as much as it affects others.

So, to help you rein in your emotions, check out the complete list of quotes below.

And make sure to read these positive quotes and happiness quotes.

1. “Anger is like a storm rising up from the bottom of your consciousness. When you feel it coming, turn your focus to your breath.” – Thich Nhat Hanh

2. “Anger is an unnecessary emotion. Loads of stuff in life can trigger it, but what matters is how you react. I choose not to react.” – Nicola Adams

5. “Anger—it’s a paralyzing emotion. You can’t get anything done.” – Toni Morrison

6. “Anger has a way of seeping into every other emotion and planting itself in there.” – Dane Cook

7. “Anger is a great force. If you control it, it can be transmuted into a power which can move the whole world.” – William Shenstone

8. “Let not the sun go down upon your anger. Anger must be limited and confined, both in the race and in time.” – Francis Bacon

10. “Anger begins with folly and ends with repentance.” – Beverly Sills

11. “Anger is an acid that can do more harm to the vessel in which it is stored than to anything on which it is poured.” – Mark Twain

12. “Every time you get angry, you poison your own system.” – Alfred A. Montapert

13. “Sometimes, with anger, you can be much more dangerous than with skill.” – Mathieu Amalric

14. “Anger is a killing thing—it kills the man who angers, for each rage leaves him less than he had been before; it takes something from him.” – Louis L’Amour

15. “Anybody can become angry—that is easy. But to be angry with the right person and to the right degree and at the right time and for the right purpose, and in the right way—that is not within everybody’s power and is not easy.” – Aristotle

Anger Quotes That Will Define What It Is

16. “Anger is a momentary madness, so control your passion or it will control you.” – G. M. Trevelyan

17. “Anger, if not restrained, is frequently more hurtful to us than the injury that provokes it.” – Lucius Annaeus Seneca

18. “Anger is a valid emotion. It’s only bad when it takes control and makes you do things you don’t want to do.” – Ellen Hopkins

20. “Anger is never without a reason, but seldom with a good one.” – Benjamin Franklin

21. “Anger is like flowing water; there’s nothing wrong with it as long as you let it flow.” – C. Joybell C.

22. “Anger is just anger. It isn’t good. It isn’t bad. It just is. What you do with it is what matters. It’s like anything else. You can use it to build or to destroy. You just have to make the choice.” – Jim Butcher

23. “For every minute you remain angry, you give up 60 seconds of peace of mind.” – Ralph Waldo Emerson

24. “Where there is anger, there is always pain underneath.” – Eckhart Tolle

25. “Anger becomes limiting, restricting. You can’t see through it. While anger is there, look at that, too. But after a while, you have to look at something else.” – Thylias Moss

26. “Holding on to anger, resentment, and hurt only gives you tense muscles, a headache, and a sore jaw from clenching your teeth. Forgiveness gives you back the laughter and the lightness in your life.” – Joan Lunden

27. “Speak when you are angry and you will make the best speech you will ever regret.” – Ambrose Bierce

28. “Holding anger is a poison. It eats you from inside. We think that hating is a weapon that attacks the person who harmed us. But hatred is a curved blade. And the harm we do, we do to ourselves.” – Mitch Albom

29. “Anger can be a useful emotion; it’s built into our genetic code to help with self-preservation. But it can also be destructive, even when it is justified.” – Michael Hayden

30. “Anger is one of the powerful emotions humans are bound to feel, and it is very okay. But when it becomes too much, and we let it control us, it can become destructive.” – Adrienne Blodgett

31. “Anger doesn’t solve anything. It builds nothing, but it can destroy everything.” – Anonymous

32. “When anger rises, think of the consequences.” – Confucius

33. “Anger is one letter short of danger.” – Eleanor Roosevelt

34. “Keep your temper. A decision made in anger is never sound.” – Ford Frick

35. “There’s nothing wrong with anger provided you use it constructively.” – Wayne Dyer

36. “One of man’s greatest obligations is anger.” – Nikos Kazantzakis

37. “To be angry is to revenge the faults of others on ourselves.” – Alexander Pope

40. “Anger at oneself is a destructive thing.” – Qui-Gon Jinn

Humorous Anger Quotes to Calm You Down

42. “Anger resolves nothing; it only puts up your blood pressure.” – Catherine Pulsifer

43. “I believe anger is a wasted emotion, and I don’t like to waste emotions.” – Jim Webb

Anger Quotes That You Can Learn From

45. “Anger is stupid, and stupidity will kill you more surely than your opponent’s blade.” – Patricia Briggs

46. “Be careful with your words when you are angry, they can only be forgiven, not forgotten.” – Anonymous

47. “Acting in anger and hatred throughout my life, I frequently precipitated what I feared most, the loss of friendships and the need to rely upon the very people I’d abused.” – Luke Ford

48. “Never respond to an angry person with a fiery comeback, even if he deserves it. Don’t allow his anger to become your anger.” – Bohdi Sanders

49. “Anger makes you smaller, while forgiveness forces you to grow beyond what you were.” – Chérie Carter-Scott

51. “The smarter you get, the more you realize anger is not worth it.” – Maxime Lagacé

Interesting Anger Quotes for You to Think About

52. “If you are patient in one moment of anger, you will escape a hundred days of sorrow.” – Chinese Proverb

53. “Expressing anger is a form of public littering.” – Willard Gaylin

54. “Holding on to anger is like grasping a hot coal with the intent of throwing it at someone else; you are the one who gets burned.” – Buddha

55. “Anger is like those ruins which smash themselves on what they fall on.” – Lucius Annaeus Seneca

56. “An angry people cannot create anything that is not imbued with anger.” – John McAfee

Anger Quotes From the Bible

57. “Be not quick in your spirit to become angry, for anger lodges in the heart of fools.” – Ecclesiastes 7:9

59. “Whoever is slow to anger has great understanding, but he who has a hasty temper exalts folly.” – Proverbs 14:29

62. “A heart filled with anger has no room for love.” – Joan Lunden

63. “Anger is an expensive luxury in which only men of certain income can indulge.” – George William Curtis

65. “Anger is a wind which blows out the lamp of the mind.” – Robert Green Ingersoll

67. “The anger of the prudent never shows.” – Anonymous

68. “He who angers you conquers you.” – Elizabeth Kenny

69. “Anger dwells only in the bosom of fools.” – Albert Einstein

70. “An angry man opens his mouth and shuts his eyes.” – Cato The Elder

Are You the Type of Person Who Gets Angry Easily?

Anger can manifest itself in many ways; we can be vocal about it or act on it—even the lack of response can be a form of anger. No matter how we may choose to express it, we must be mindful and not go to the extreme. After all, everything done in anger can destroy something permanently and even hurt you in the long run.

Remember that life can never be controlled, and there will be countless moments of pain, loss, and unpredictable actions. We can never stop that, but we do have the power to control how we react. Stop, breathe, and take a moment to think through the possible consequences of your future actions.

However, it’s worth noting that anger can also be beneficial in some cases. This emotion helps make us recognize when our feelings have been hurt, if our rights have been violated, if our pride and integrity have been shaken, and so on.

From here, we see that anger has its pros and cons. It’s just up to us to identify the right time to act on it or when to let it go and move on. It can be challenging, but just keep this list of anger quotes in your bookmarks folder so you can get advice whenever you need it.

When’s the angriest you’ve ever been? How did you move past your anger? We’d love to hear your thoughts, so comment below!