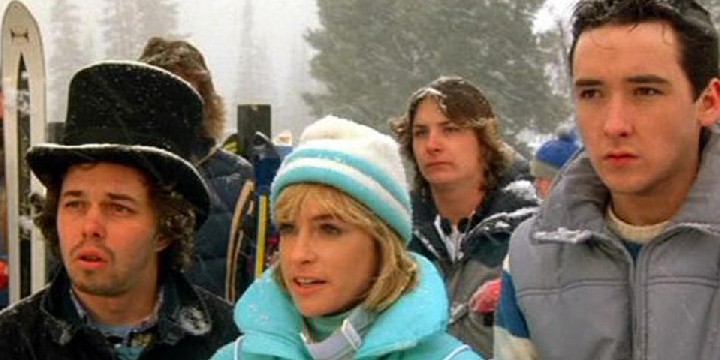 Even without the gears, let us ski on the slippery slope of teenage life with these Better Off Dead quotes!

Better Off Dead is a teen movie that tackles teenagers’ wild and vulnerable sides.

When we’re young, we think one heartbreak or failure is the world’s end. Because of this line of thinking, Lane Meyer had suicidal thoughts when his girlfriend, Beth Truss, dumped him for a more skilled skier, Roy Stalin.

Lane decided to join the skiing race to win back Beth’s heart in his quest to get her back.

He failed in his first attempt, but he gave it another shot. Through this, he realized that his victory lies in learning his worth and having true friends, like Charles De Mar, who never left his side.

There are many other ups and downs of teenage life that Better Off Dead focuses on.

Some of these include having wrong notions about relationships, insecurities, and victory. To find out more about these topics, make sure you add this to your must-read list now!

And don’t forget to check out these Fast Times at Ridgemont High quotes and The Breakfast Club quotes.

2. “Go that way, really fast. If something gets in your way, turn.” – Charles De Mar

3. “I think all you need is a small taste of success, and you will find it suits you.” – Monique Junot

4. “You must obey the proper speed limits, a car is not a toy.” – Ricky Smith

7. “And dying when you’re not really sick is really sick, you know. Really!” – Charles De Mar

Better Off Dead Quotes That’ll up Your Excitement Level

9. “I can see you and I share one common desire—the desire to be a part of the well-oiled machinery that is the Greendale High School ski racing team. The desire for victory. Now get up there and let’s see what you’ve got.” – Roy Stalin

10. “Truly a sight to behold. A man, beaten. The once-great champ, now, a study in moppishness. No longer the victory-hungry stallion we’ve raced so many times before, but a pathetic, washed up, aged ex-champion.” – Yee Sook Ree

11. “It’s an awesome spectacle. An audacious display of seething opponents, once again parallel in an obstinate attempt to prove the superiority of the roads unequaled in our lifetime. The crowds swell in anticipation as the light turns green!” – The Racers

13. “I’ve been going to this high school for seven and a half years! I’m no dummy! I know high school girls.” – Charles De Mar

Lane Meyer: “Well, it’s funny, see, my mom had to leave early to take my brother to school and my dad to work because—.”

Lane Meyer: “No thanks, I already had breakfast.”

16. Monique Junot: “I figured if we had nothing to say to each other he would get bored; go away. But instead, he uses it as an excuse to put his testicles all over me.”

Jenny Meyer: “You said you didn’t like all the grease from fried bacon, so I boiled it.”

19. “He snorts nasal spray? Know where I can score some?” – Charles De Mar

21. “I’m telling you, Lane, practically everybody in the state of Northern California is around this particular mountain, waiting to see one Lane Meyer tackle this totally untamed slope, dead or alive. So get the lead out. That is all.” – Charles De Mar

Lane Meyer: “They’re out there dad, they’re after me!”

25. “One night with me and she’ll probably go blind with ecstasy. Poor creature. Gee, I hope she doesn’t grab onto my leg and start crying once the date’s over. What would I do?” – Lane Meyer

26. “She doesn’t date certain members of the basketball team: she dates the whole team!” – Beth Truss

28. “Listen, Lane, I think we should talk. We’ve been seeing an awful lot of each other lately, and I really think it’s in my best interest if I went out with someone more popular, better looking, drives a nicer car.” – Beth Truss

Better Off Dead Quotes to Remember Some of Your Favorite Scenes

33. Lane Meyer: “I have a great fear of tools. I once made a birdhouse in the woodshop and the fair housing committee condemned it. I can’t.”

Monique Junot: “‘I cannot do it’ is your middle name.”

34. “The K-12 dude. You make a gnarly run like that and girls will get sterile just looking at you.” – Charles De Mar

35. “This is a fabulous liqueur. Reminds me of the moonshine Ricky’s dead pappy used to make—God bless him.” – Mrs. Smith

36. “Two brothers—one speaks no English, the other learned English from watching The Wide World of Sports. So you tell me—which is better, speaking no English at all, or speaking Howard Cosell?” – Lane Meyer

Lane Meyer: “What, that you’re a Dodgers fan?”

38. “This is pure snow! It’s everywhere! Do you have any idea what the street value of this mountain is?” – Charles De Mar

41. “Do you have Christmas in France? Christmaaas. Christmas.” – Mrs. Smith

43. “Greendale is a bodaciously small town, Lane. A flyspeck on the map, a rest stop on the way to the ski slope. I can’t even get real drugs here!” – Charles De Mar

44. “I got the recipe from a magazine. The mail got wet in the rain, so some of the pages ran together, but what I couldn’t read I just—improvised with my own little—creative ideas. It’s got raisins in it. You like raisins.” – Jenny Smith

45. “Man, that’s a real shame when folks be throwin’ away a perfectly good white boy like that.” – Tree Trimmer

47. “Gee, I’m really sorry your mom blew up, Ricky. The doctor says she’ll be okay, but she won’t be able to eat any spicy foods for a while.” – Lane Meyer

48. “See, the problem here is that—my little brother, this morning, got his arm caught in the microwave, and uh—my grandmother dropped acid and she freaked out and hijacked a school bus full of—penguins, so it’s kind of a family crisis—so come back later? Great.” – Lane Meyer

49. “What is Lane doing up at this hour on a Sunday? Doesn’t he turn to dust or something if the sun hits him before noon?” – Al Meyer

50. “Hey there Lane, I know this is a little awkward me being a cartoon and all, I was just wondering how you’d feel if I took out Beth.” – Barney Rubble

Did These Quotes Give You a Better Understanding of How Messy a Teenager’s Life and Line of Thinking Can Be?

Young people have the privilege and freedom to experience many new things. Sadly, they get invalidated when it comes to their pain and insecurities. This may be one of the reasons why they find solace and comfort in their friends first before their families.

Though it’s great to have friends to turn to, you must also be discerning of the advice they share. After all, they’re just kids too, just like you. Blindly listening to advice, whether from kids or adults, may lead to faulty perspectives on life, love, and more.

For Lane, dealing with heartbreak wasn’t easy. He didn’t only lose the person he liked, but he also lost his sense of self-worth and the will to live.

Let’s all learn from his experiences and remember that we should come to our senses. Losing love from others is not the end, but losing love for ourselves is. Find the courage to stand up again and face the world, even after your biggest heartbreak.

Another great lesson we can pick up from Better Off Dead is Roy’s obsession with winning and Beth’s hang-up on status. Their actions reflect an outward view of self-worth. Instead of improving on themselves as people, they only looked at the social status and material success they held.

There are indeed many things a teenager has to learn, and Better Off Dead is a jump-off point for them. With that, we hope you were able to learn some valuable pieces of advice from our collection.

What did you learn from the movie? Which quotes struck you the most? Comment below.