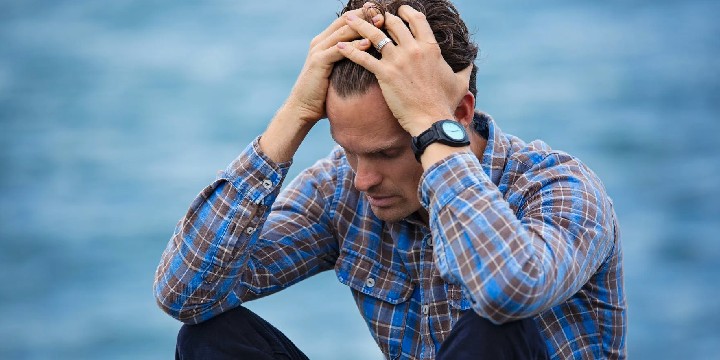 This collection of failure quotes will help you persevere in the face of countless setbacks and mistakes.

Failure is an inevitable part of the process of learning and progress. Individuals who fail and learn from their mistakes develop ideas and thoughts and hone their skills even more.

But, if you avoid making mistakes in life, it will be impossible to live and experience a successful and happy life. So, if you need the motivation to carry on despite failing, check out the quotes below!

And make sure to read these success quotes and resilience quotes.

1. “Failure is another stepping stone to greatness.” – Oprah Winfrey

2. “Failure is a part of the process. You just learn to pick yourself back up.” – Michelle Obama

3. “It’s only when you risk failure that you discover things. When you play it safe, you’re not expressing the utmost of your human experience.” – Lupita Nyong’o

4. “Successful people don’t fear failure but understand that it’s necessary to learn and grow from it.” – Robert Kiyosaki

7. “Our greatest glory is not in never falling, but in rising every time we fall.” – Confucius

8. “Every adversity, every failure, every heartache carries with it the seed of an equal or greater benefit.” – Napoleon Hill

9. “Don’t worry about failures, worry about the chances you miss when you don’t even try.” – Jack Canfield

11. “The one who falls and gets up is stronger than the one who never tried. Do not fear failure but rather fear not trying.” – Roy T. Bennett

12. “Failure should be our teacher, not our undertaker. Failure is delay, not defeat. It is a temporary detour, not a dead-end. Failure is something we can avoid only by saying nothing, doing nothing, and being nothing.” – Denis Waitley

13. “Failure happens all the time. It happens every day in practice. What makes you better is how you react to it.” – Mia Hamm

14. “Failure will never overtake me if my determination to succeed is strong enough.” – Og Mandino

15. “Failure is nothing more than a chance to revise your strategy.” – Anonymous

16. “The failures and struggles of today will be the juiciest parts of your success story.” – Anonymous

17. “I don’t want the fear of failure to stop me from doing what I really care about.” – Emma Watson

18. “Failure is so important. We speak about success all the time. It is the ability to resist failure or use failure that often leads to greater success. I’ve met people who don’t want to try for fear of failing.” – J.K. Rowling

19. “I thank God for my failures. Maybe not at the time, but after some reflection. I never feel like a failure just because something I tried has failed.” – Dolly Parton

20. “The one who falls and gets up is so much stronger than the one who never fell.” – Anonymous

Wise Quotes on Failure and Success

22. “It’s fine to celebrate success but it is more important to heed the lessons of failure.” – Bill Gates

23. “Success is most often achieved by those who don’t know that failure is inevitable.” – Coco Chanel

24. “Success is stumbling from failure to failure with no loss of enthusiasm.” – Winston S. Churchill

25. “Develop success from failures. Discouragement and failure are two of the surest stepping stones to success.” – Dale Carnegie

26. “There is only one thing that makes a dream impossible to achieve: the fear of failure.” – Paulo Coelho

27. “Success or failure is caused more by mental attitude than by mental capacity.” – Walter Scott

28. “If you are afraid of failure, you don’t deserve to be successful.” – Charles Barkley

29. “Success is not final, failure is not fatal: it is the courage to continue that counts.” – Winston S. Churchill

30. “No man ever achieved worthwhile success who did not, at one time or other, find himself with at least one foot hanging well over the brink of failure.“ – Napoleon Hill

Short Quotes About Failure That Will Make You Feel Empowered

31. “Those who dare to fail miserably can achieve greatly.” – John F. Kennedy

32. “Failure is not falling down but refusing to get up.” – Chinese proverb

33. “You have to be able to accept failure to get better.” – Lebron James

34. “Failure is the condiment that gives success its flavor.” – Truman Capote

35. “There is no innovation and creativity without failure. Period.” – Brene Brown

36. “Don’t bury your failures, let them inspire you.” – Robert Kiyosaki

37. “The bigger the failure, the greater the lesson.” – Anonymous

38. “Let the fear of failure be the background noise of your success.” – Giovanni Dienstmann

39. “Do not fear mistakes. You will know failure. Continue to reach out.” – Benjamin Franklin

41. “Every failure brings with it the seed of an equivalent success.” – Napoleon Hill

44. “All my successes have been built on my failures.” – Benjamin Disraeli

45. “Failure is nature’s plan to prepare you for great responsibilities.” – Napoleon Hill

Motivational Quotes About Failure and Moving On

47. “You may encounter many defeats, but you must not be defeated. In fact, it may be necessary to encounter the defeats, so you can know who you are, what you can rise from, how you can still come out of it.” – Maya Angelou

49. “I think you have to try and fail because failure gets you closer to what you’re good at.” – Louis C.K.

51. “The real test is not whether you avoid this failure, because you won’t. It’s whether you let it harden or shame you into inaction, or whether you learn from it; whether you choose to persevere.” – Barack Obama

52. “The only thing that separates success from failure is one last attempt. Try one more time and you will get lucky.” – Apoorve Dubey

54. “Remember the two benefits of failure. First, if you do fail, you learn what doesn’t work; and second, the failure gives you the opportunity to try a new approach.” – Roger Von Oech

55. “It is hard to fail, but it is worse never to have tried to succeed.” – Theodore Roosevelt

56. “Don’t fear failure—not failure, but low aim is the crime. In great attempts it is glorious even to fail.” – Bruce Lee

57. “The biggest risk is not taking any risk. In a world that is changing really quickly, the only strategy that is guaranteed to fail is not taking risks.” – Mark Zuckerberg

58. “Failure doesn’t mean you are a failure, it just means you haven’t succeeded yet.” – Robert H. Schuller

59. “It’s failure that gives you the proper perspective on success.” – Ellen DeGeneres

60. “If you don’t try at anything, you can’t fail—it takes backbone to lead the life you want.” – Richard Yates

Failure Quotes to Help You Power on and Persevere

61. “Many of life’s failures are people who did not realize how close they were to success when they gave up.” – Thomas Edison

62. “The secret of life is to fall seven times and to get up eight times.” – Paulo Coelho

63. “There comes a time in your life when you walk away from all the drama and people who create it. You surround yourself with people who make you laugh. Forget the bad, and focus on the good. Love the people who treat you right, pray for the ones who don’t. Life is too short to be anything but happy. Falling down is a part of life, getting back up is living.” – José N. Harris

64. “All people fail at certain instances in their lives, the only thing that makes them different is how they manage to stand up or how they choose to fail again.” – Anonymous

65. “It is impossible to live without failing at something unless you live so cautiously that you might as well not have lived at all, in which case you have failed by default.” – J.K. Rowling

66. “Just because you fail once, doesn’t mean you’re gonna fail at everything. Keep trying, hold on, and always, always, always believe in yourself, because if you don’t, then who will, sweetie?” – Marilyn Monroe

67. “No human ever became interesting by not failing. The more you fail and recover and improve, the better you are as a person. Ever meet someone who’s always had everything work out for them with zero struggle? They usually have the depth of a puddle. Or they don’t exist.” – Chris Hardwick

68. “We need to accept that we won’t always make the right decisions, that we’ll screw up royally sometimes―understanding that failure is not the opposite of success, it’s part of success.” – Arianna Huffington

70. “There is something good in all seeming failures. You are not to see that now. Time will reveal it. Be patient.” – Swami Sivananda

What Are the Greatest Lessons You’ve Learned From Your Failures?

Failure teaches people that success can only be obtained through hard work and determination. When you fail but decide to try again, you’re able to regain confidence and persevere with great tenacity.

Though it is sometimes perceived as a step back, failure actually brings you one step closer to your goal. Accepting failure as a form of progress means that you’re able to see what you can do differently to make fewer mistakes the next time you try.

Never stop just because you fail once. If you don’t give it another shot, you’ll never know what you’re capable of. Always remember that failure is one of the most fundamental pillars of victory.

We hope that the quotes above were able to light the way to perseverance and determination. Try and try again until you succeed and reach your dreams!

Did these quotes give you the courage to try once more? Which quotes had the most impact on you? Share them in the comments section below!