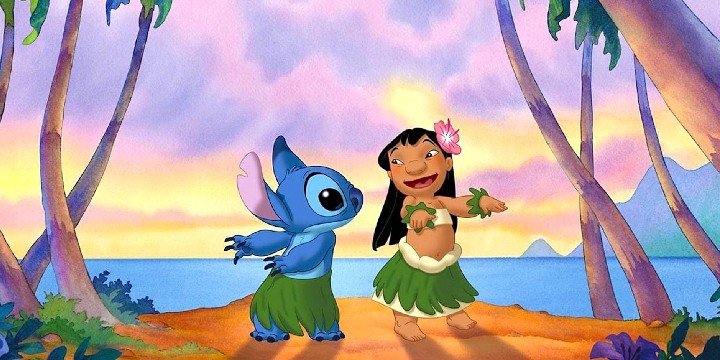 Reminisce about the adventures of your favorite duo through this list of Lilo & Stitch quotes!

Like all Disney movies, we’re presented with great pieces of music and animation and fantastic writing through Lilo & Stitch.

It is a hit sci-fi movie from 2002 packed with action, comedy, and lessons on love, family, and acceptance.

Stitch is an illegal genetic experiment with the function to destroy everything he touches. He’s from a different planet, but he somehow finds himself in Hawaii and gets adopted into Lilo and Nani’s family as their pet.

Being surrounded by kind, loving, and generous people helped Stitch change for the better.

He learns to let go of his destructive qualities and, in the end, is able to live as one with the family.

Without a doubt, Lilo & Stitch is more than your average animated movie.

So, if you’re curious to find out more, or just miss the characters’ hilarious banter, then make sure you read through to the end.

And don’t forget to check out these Stitch quotes and Tangled quotes.

1.“Sometimes, you try your hardest. But things don’t work out the way you want them to. Some things have to change, and maybe, sometimes they are for the better.” – Nani

2. “Ohana means family. Family means nobody gets left behind or forgotten.” – Lilo

3. “You know, you wreck everything you touch. Why not try and make something for a change?” – Lilo

4. “Let me illuminate to you the precarious situation in which you have found yourself. I am the one they call when things go wrong, and things have indeed gone wrong.” – Mr. Cobra Bubbles

5. “You are built to destroy. You can never belong.” – Jumba

8. “You’re not taking her! I’m the only one who understands her! You take that away, she won’t stand a chance!” – Nani

9. “I know, Stitch is the best. I wouldn’t trade him for anything or anybody.” – Lilo

Emotional Lilo & Stitch Quotes That Will Move You

11. “If you want to leave, you can. I’ll remember you though. I remember everyone that leaves.” – Lilo

Mr. Cobra Bubbles: “You know I have no choice.”

Lilo & Stitch Quotes That Are Filled With Wisdom on Friendship

18. “I need someone to be my friend. Someone who won’t run away. Maybe send an angel. The nicest angel you have.” – Lilo

19. “Stitch, for one. He’s a royal pain, but he’s loyal, and he’d never ever ever do anything that would hurt you. That’s a true friend.” – Nani

20. “Lilo, if they only liked you because you had a cute pet, then who needs them? You have to trust your real friends.” – Nani

24. “I’ll put you back together again, I’ll make you taller—and not so fluffy!” – Jumba

31. “Elvis Presley was a model citizen. I’ve compiled a list of his traits for you to practice. Number one is dancing!” – Lilo

33. “Look at him, Lilo. He’s obviously mutated from something else! We have to take it back!” – Nani

34. “Oh, good! I was hoping to add theft, endangerment, and insanity to my list of things I did today!” – Pleakley

37. “You are so finished when I get in there! I’m gonna stuff you in the blender, push ‘Puree,’ then bake you into a pie and feed it to the social worker! And when he says, ‘Mmmm, this is great, what’s your secret?’ I’m gonna say, ’Love and nurturing.’” – Nani

Lilo: “You’re loose in the house all the time, and I sleep just fine!”

Lilo: “Then why don’t you sell me and buy a rabbit instead?”

Nani: “At least a rabbit would behave better than you!”

Lilo: “Good! Then you’ll be happy ‘cause it’ll be smarter than me too!”

Short Lilo & Stitch Quotes That Are Stuck in Our Heads

Lilo & Stitch Quotes for Those Who Adore This Duo

48. “This is you, and this is your badness level. It is unusually high for someone your size.” – Lilo

50. “Hey! Three days ago, I bought Stitch at the shelter. I paid two dollars for him. See this stamp? I own him. If you take him, you’re stealing.” – Lilo

52. “Wanna play Battle of the Greek City-States? Stitch and me can be the fierce Spartans, and you can be the decadent Athenians.” – Lilo

Jumba: “I prefer to be called ‘Evil Genius.'”

Nani: “Nah. The manager’s a vampire. He wanted me to join his legion of the undead.”

Nani: “Oh no, gravity is increasing on me!”

59. “Created something, ha! That would be irresponsible and unethical. I would never ever make more than one.” – Jumba

Jumba: “Not guilty! My experiments are only theoretical, and completely within legal boundaries.”

Jumba: “Monstrosity? What you see before you is the first of a new species. I call it Experiment 626. It is fire-proof, bullet-proof, and can think faster than a supercomputer. It can see in the dark, and lift objects 3,000 times its size. It’s only instinct—to destroy everything it touches!”

More Lilo & Stitch Quotes for You to Enjoy

Lilo: “Did you ever kill anyone?”

Mr. Cobra Bubbles: “We’re getting off the subject.”

Lilo: “I’m adjusted. I eat all four food groups, and look both ways before crossing the street, and take long naps, and get disciplined?”

67. “It’s sandwich day. Every Thursday I give Pudge the Fish a peanut butter sandwich. But, today we were out of peanut butter. I asked my sister what to give him and she said a tuna sandwich. I can’t give Pudge tuna! Do you know what tuna is? It’s a fish!” – Lilo

68. “I’m late because I had to go to the store and get peanut butter cause all we have is—is stinking tuna.” – Lilo

69. “Thus far you’ve been adrift in the sheltered harbor of my patience.” – Mr. Cobra Bubbles

70. “Look! A mosquito has chosen me as her perch. She’s so beautiful. There’s another one and another—it’s a whole flock. They like me. They’re nuzzling my flesh with their noses.” – Pleakley

Did You Uncover New Insights From This List of Lilo & Stitch Quotes?

Lilo & Stitch’s most memorable line might just be, “Ohana means family. Family means no one gets left behind or forgotten.” It’s a line that’s just etched into our hearts, minds, and souls. In fact, some people share and say this line even without knowing it came from the movie.

This proves just how profound and significant the influence of Lilo & Stitch is. Through Lilo’s efforts to keep Stitch in her family, we understand that true friendship goes way beyond our differences. Lilo might be human, and Stitch might be an alien, but they’re family, nonetheless.

Another great thing to highlight is the movie’s depiction of true love. Typically, romantic love is what’s referred to as true love in most movies, not in Lilo & Stitch, though. Here, we can see the unbreakable relationship between sisters, reminding us that no matter what happens, our siblings will always have our backs.

Stitch also goes through some significant changes in the movie. From someone who destroys everything he touches, he learns to be more caring of the people around him. Through this, we see that it’s never too late, and it’s not impossible to change for the better.

With that, we hope these Lilo & Stitch quotes were able to give you some lessons you haven’t noticed before. Keep the collection in your bookmarks whenever you need a reminder of just how meaningful this movie is!

Are you also a fan of Lilo & Stitch? What other lessons did you learn from the characters? Comment below!