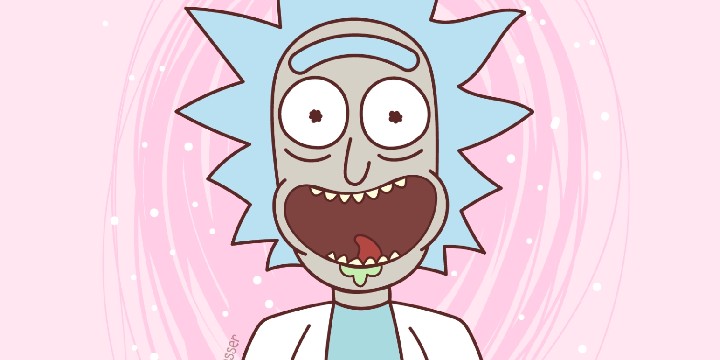 If you’re a fan of Rick and Morty, then these Rick Sanchez quotes will give you an even deeper understanding of one of the show’s main characters!

Rick Sanchez is Morty’s iconic grandfather in the Rick and Morty animated series. He is the man with the brains—a brilliant scientist who embarks on out-of-this-world adventures. As an experienced man, he has a lot to say about the meaning of life and the vastness of the universe, which will definitely leave you thinking!

Do you want a peek into his life? Browse our collection below to learn more about his perceptions and beliefs. Maybe you’ll discover a thing or two about your role in the world too!

And make sure to read these Rick and Morty quotes and Hank Hill quotes.

1. “Because I’m a scientist. Because I invent, transform, create, and destroy for a living, and when I don’t like something about the world, I change it.”

2. “Listen, Morty, I hate to break it to you, but what people call ‘love’ is just a chemical reaction that compels animals to breed. It hits hard, Morty, then it slowly fades, leaving you stranded in a failing marriage.”

4. “Listen to me, Morty. I know that new situations can be intimidating. You lookin’ around and it’s all scary and different, but you know—meeting them head-on, charging into ‘em like a bull—that’s how we grow as people.”

7. “Listen, I’m not the nicest guy in the universe, because I’m the smartest, and being nice is something stupid people do to hedge their bets.”

8. “Sometimes science is more art than science. A lot of people don’t get that.”

9. “Have fun with empowerment. It seems to make everyone that gets it really happy.”

10. “The universe is basically an animal. It grazes on the ordinary. It creates infinite idiots just to eat them.”

11. “Roses are dead, love is fake. Weddings are basically funerals with cake.”

12. “I’m not sure you want to take romantic advice from this guy, Morty. His marriage is hanging from a thread.”

13. “I don’t know, maybe you matter so little that I like you. Or maybe it makes you matter. Maybe I love you. Maybe something about your mother. Don’t jump a gift shark in the mouth.”

14. “I think you have to think ahead and live in the moment.”

15. “To live is to risk it all; otherwise, you’re just an inert chunk of randomly assembled molecules drifting wherever the universe blows you.”

16. “The universe is a little too big to care about something so small.”

17. “Well, I don’t like your unemployed genes in my grandchildren, Jerry, but life is made of little concessions.”

18. “Ruben’s seen some rough years, Morty. You don’t agree to get a theme park built inside you if your life is going great.”

Short Rick Sanchez Quotes to Learn More About His Personality

21. “We’ve got a lot of friends and family to exterminate.”

23. “I don’t discuss problems, I incinerate them.”

24. “It’s your choice to take this personally.”

25. “Put a saddle on your universe. Let it kick itself out.”

26. “Don’t break your back creating a lesson, Morty. It’s a free-form anthology. I’m getting annoyed you’re not hearing that.”

27. “Don’t get drawn into the culture, Morty. Stealing stuff is about the stuff, not the stealing.”

28. “Worse, you’re smart. When you know nothing matters, the universe is yours. And I’ve never met a universe that was into it. The universe is basically an animal, it grazes on the ordinary. It creates infinite idiots, just to eat them, not unlike your friend Timmy.”

29. “Does evil exist, and if so, can one detect and measure it? Rhetorical question. The answer’s yes, you just have to be a genius.”

30. “You’re missing the point, Morty. Why would he drive a smaller toaster with wheels? I mean, does your car look like a smaller version of your house? No.”

31. “Don’t do it, guys! The casualties would be in the brazillions. ‘Cause, you’re Brazilian? It’s a threat and a pun! Nobody gets me.”

32. “Don’t pay for cool stuff with your soul. Pay for it with money. You know, like how every store in the world works?”

33. “That’s planning for failure, Morty. Even dumber than regular planning.”

34. “It’s society! They work for each other, Morty. They pay each other, they buy houses, they get married and make children that replace them when they get too old to make power.”

Hilarious Rick Sanchez Quotes for Everyone Who Needs a Laugh

35. “You’re young, you have your whole life ahead of you, and your *nal cavity is still taut yet malleable.”

36. “What about the reality where Hitler cured cancer, Morty? The answer is: don’t think about it.”

37. “What, so everyone’s supposed to sleep every single night now? You realize that nighttime makes up half of all time?”

38. “Because I waited until I was certain it was what I wanted to do, Morty! That’s the difference between you and me: I’m certain, and you’re a walking burlap sack filled with turds.”

39. “Lemme check my list of powers and weaknesses: ability to do anything, but only whenever I want.”

41. “There’s pros and cons to every alternate timeline. Fun facts about this one: it’s got giant, telepathic spiders, eleven 9/11s, and the best ice cream in the multiverse!”

42. “Morty, you gotta flip ’em off. I told them it means ‘peace among worlds.’ How hilarious is that!”

44. “Yeah, sure, I mean if you spend all day shuffling words around you can make anything sound bad, Morty.”

More Rick Sanchez Quotes That Are Out of This World

45. “Hey, Muchacho, does your planet have wiper fluid yet or are you going to freak out and start worshiping us?”

46. “I don’t like it here, Morty. I can’t abide by bureaucracy. I don’t like being told where to go and what to do. I consider it a violation. Did you get those seeds all the way up your butt?”

47. “Why do you think we never go back to a place we’ve already been? Do you know how many adventures we could get out of Purge Planet? Gear World? I don’t sequel. It’s called integrity.”

48. “I’m not a beaver who believes in Jesus Christ, Morty. But yeah, it’s pretty much a Narnia thing.”

49. “You gotta do it for Grandpa, Morty. You gotta put these seeds inside your butt.”

How Did Your Perceptions of Life and Reality Change After Reading Our List?

Rick Sanchez is depicted as a character who’s highly intelligent. He appears to know everything in the universe, making life an ultimately pointless experience. However, though he believes himself to be the wisest person in the world, he’s still human and made mistakes before.

This did not demotivate him from achieving more. For Rick Sanchez, every moment is crucial, and the meaning of life can be found in everything you experience—big or small. That’s why he’s always up for an adventure and ready to face whatever life throws at him.

He injects his own cynicism into any life advice he gives. But, true to Rick Sanchez’s character and personality, in a way, his cynic views teach us to be more positive. It’s pretty ironic, but that’s the beauty of Rick and Morty.

Hopefully, this collection was able to teach you that when you approach anything with a negative mindset, it will always yield negative results. Remember that even if you plan your life so meticulously, if the universe wants to take you somewhere else, you can’t do anything about it. So, don’t stress and just enjoy life!

What do you find most appealing about Rick Sanchez’s character? Do you have more quotes from him that you’d like to share? Please, leave a comment below.