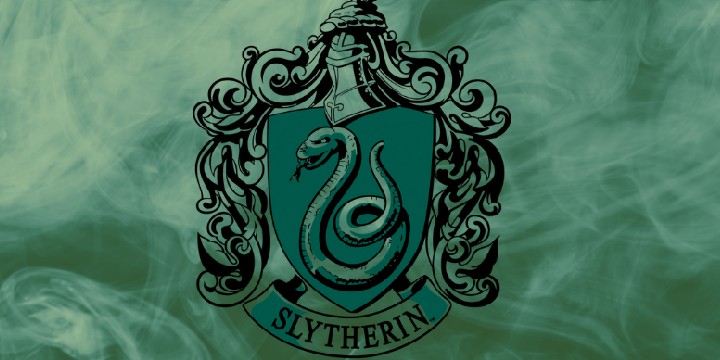 Ready your wands because these Slytherin quotes will bring the darkness out of you!

The house of Slytherin is one of the most popular houses from the Hogwarts School of Witchcraft and Wizardry.

Wrongly perceived as evil and full of malice, the heart of this house is one of loyalty and determination.

We hope that this collection will enlighten you on the best traits of Slytherin.

There is a lot to learn from this house, as they are the wisest creatures and the most prideful beings.

And make sure to read these Draco Malfoy quotes and Harry Potter quotes.

1. “Perhaps, in Slytherin, You’ll make your real friends. These cunning folks use any means to achieve their ends.” – J.K. Rowling

2. “Albus Severus—you were named for two headmasters of Hogwarts. One of them was a Slytherin, and he was probably the bravest man I ever knew.” – Harry Potter

3. “We Slytherins are brave, yes, but not stupid. For instance, given the choice, we will always choose to save our own necks.” – Phineas Nigellus

4. “Godric Gryffindor, Helga Hufflepuff, Rowena Ravenclaw, and Salazar Slytherin. They built this castle together, far from prying Muggle eyes, for it was an age when magic was feared by common people, and witches and wizards suffered much persecution.” – J.K. Rowling

5. “You could be great, you know, it’s all here in your head, and Slytherin will help you on the way to greatness, no doubt about that.” – Sorting Hat

6. “The time has come for Slytherin House to decide upon its loyalties.” – Professor McGonagall

7. “By Gryffindor, the bravest were prized far beyond the rest. For Ravenclaw, the cleverest would always be the best. For Hufflepuff, hard workers were most worthy of admission. And power-hungry Slytherin loved those of great ambition.” – J.K. Rowling

8. “Slytherin! There’s a silence. A perfect, profound silence. One that sits low, twists a bit, and has damage within it.” – J.K. Rowling

9. “Whereas Sirius had sought to advertise his diffidence from the rest of the family; Regulus had striven to emphasize the opposite. The Slytherin colors of emerald and silver were everywhere, draping the bead, the walls, and the windows.” – Narrator

10. “Albus Severus, Harry said quietly so that nobody but Ginny could hear, and she was tactful enough to pretend to be waving to Rose, who was now on the train.” – J.K. Rowling

11. “For instance, Slytherin took only pure-blood wizards of great cunning, just like him.” – Sorting Hat

12. “He was wearing Professor Quirrell’s turban, which kept talking to him, telling him he must transfer to Slytherin at once because it was his destiny.” – J.K. Rowling

13. “But then, disagreements sprang up between them. A rift began to grow between Slytherin and the others. Slytherin wished to be more selective about the students admitted to Hogwarts. He believed that magical learning should be kept within all-magic families. He disliked taking students of Muggle parentage, believing them to be untrustworthy. After a while, there was a serious argument on the subject between Slytherin and Gryffindor, and Slytherin left the school. Professor Binns paused again, pursing his lips, looking like a wrinkled old tortoise.” – J.K. Rowling

14. “Is it true? My daughter—pure-blooded descendant of Salazar Slytherin—hankering after a filthy, dirt-veined Muggle?” – J. K. Rowling

16. “Why, I was there and so can tell the whole sad, sorry tale, said Slytherin. ‘We’ll teach just those whose ancestry is purest.'” – Sorting Hat

17. “And I gave Malfoy a black eye, and Neville tried to take on Crabbe and Goyle single-handed! He’s still out cold, but Madam Pomfrey says he’ll be all right—talk about showing Slytherin!” – J.K. Rowling

19. “Being able to talk to snakes was what Salazar Slytherin was famous for. That’s why the symbol of Slytherin house is a serpent.” – Hermione Granger

21. “I, Professor S. Snape, give the Slytherin team permission to practice today on the Quidditch field owing to the need to train their new seeker.” – J.K. Rowling

23. “That is believed to be some sort of monster, which the heir of Slytherin alone can control.” – J.K. Rowling

24. “I always value bravery, but your mother needn’t have died. She was trying to protect you. Now, give me the stone unless you want her to have died in vain.” – Lord Voldemort

25. “Then you will find yourself easy prey for the Dark Lord! Fools who wear their hearts proudly on their sleeves, who cannot control their emotions.” – Severus Snape

Strong Slytherin Quotes That Will Make You Brave

27. “It only put me in Gryffindor because I asked not to go in Slytherin.” – Harry Potter

28. “If he had not forgiven we, who lost faith at that time, he would have very few followers left. ‘He’d have me!” – Bellatrix Lestrange

29. “Better Hufflepuff than Slytherin. There’s not a single witch or wizard who went bad, who wasn’t in Slytherin. You-Know-Who was one.” – Rubeus Hagrid

31. “That is just as well, Potter, because you are neither special nor important.” – Severus Snape

32. “She was tough, but nice. She wanted to talk things out with Slytherin even after he’d tried to kill the lot of us. But she wasn’t a pushover. None of them were. They were hardcore. I’ll tell you more tomorrow. How’d you all know I’d gone missing?” – G. Norman Lippert

33. “Better save your own life and join me, or you’ll meet the same end as your parents. They died begging me for mercy.” – Lord Voldemort

34. “But nothing I have seen in the world has supported your pronouncements, that love is more powerful than my kind of magic, Dumbledore.” – Lord Voldemort

35. “Come out, come out, little Harry! What did you come after me for, then? I thought you were here to avenge my dear cousin!” – Bellatrix Lestrange

37. “The Dark Lord has, in the past, entrusted me with his most precious.” – Bellatrix Lestrange

38. “Never used an Unforgivable Curse before, have you, boy? You need to mean them, Potter! You need to really want to cause pain—to enjoy it—righteous anger won’t hurt me for long.” – Bellatrix Lestrange

39. “The Dark Arts are many, varied, ever-changing, and eternal. You are fighting that, which is unfixed, mutating, indestructible.” – Severus Snape

40. “But if it matters to you, you’ll be able to choose Gryffindor over Slytherin. The Sorting Hat takes your choice into account. It did for me.” – Harry Potter

41. “My father told me all the Weasleys have red hair, freckles, and more children than they can afford.” – Draco Malfoy

43. “It sounded, for a teensy moment, as though you were suggesting that the Ministry of Magic had ordered an attack on this boy!” – Dolores Umbridge

44. “I really think I will have to ban these two from playing Quidditch ever again.” – Dolores Umbridge

45. “Weasley would like a signed photo, Potter. It’d be worth more than his family’s whole house.” – Draco Malfoy

46. “Or, perhaps, you can remember what your mother’s house stank like, Potter, and Weasley’s pigsty reminds you of it.” – Draco Malfoy

47. “Longbottom, if brains were gold, you’d be poorer than a Weasley, and that’s saying something.” – Draco Malfoy

49. “For were there such friends, anywhere as Slytherin and Gryffindor? Unless, it was the second pair of Hufflepuff and Ravenclaw?” – Sorting Hat

50. “Fighting them is like fighting a many-headed monster, which, each time a neck is severed, sprouts a head even fiercer and cleverer than before.” – Severus Snape

51. “Well, it may have escaped your notice, but life isn’t fair.” – Severus Snape

52. “Of course, a Slytherin isn’t necessarily evil. But having people think you are, is an advantage. They will not even try to get in your way.” – Anonymous

53. “Cunning, dexterous, or crafty in the use of special resources, as skill or knowledge, or in attaining end.” – Anonymous

54. “If this was Harry Potter, he’d definitely be in Slytherin.” – Shelly Crane

55. “Ability may get you to the top, but it takes character to keep you there.” – Anonymous

56. “I’d rather laugh with the sinners than cry with the saints. The sinners are much more fun.” – Billy Joel

60. “Dreams indeed are ambition, for the very substance of the ambitious is merely the shadow of a dream.” – William Shakespeare

62. “One must command from each what each can perform.” – Antoine De Saint-Exupéry

63. “Autumn is an interesting season, even in the metaphor of life, is a time of decline, of loss, but also intense and haunting beauty. Some places, like some people, never are or have been, as beautiful in their fall.” – Luigina Sgarro

64. “Clever kids in Ravenclaw, evil kids in Slytherin, wannabe heroes in Gryffindor, and everyone who does the actual work in Hufflepuff.” – Eliezer Yudkowsky

65. “For a guy who wore layers upon layers of armor, his give-a-shit was showing.” – Kelly Moran

68. “If you live in the countryside, you understand that hunting isn’t just for toffs. It’s for the farmers. It’s for everyone’s enjoyment.” – Honeysuckle Weeks

69. “Give me something to go on, here. What kind of black magic are we talking? Elphaba, Wicked Witch of the West-type stuff or Slytherin-type stuff?” – Chloe Neill

70. “Look like the innocent flower, but be the serpent under it.” – William Shakespeare

Are You From the House of Slytherin?

The sorting ceremony takes place to continue the next generations of the four houses. The houses were named after the greatest witches and wizards and founders of the school

As fans, we have felt connected to Slytherin because of their redeeming qualities. Harry Potter shaped our teenage years because of the fun feeling of belonging to a community.

Harry Potter has been a hit since its release and caused a large impact on mainstream media. It tackled issues of death, loss, and love in an angle that is understandable and heartfelt to any age group.

Are you a fan of Harry Potter? Which Slytherin quote did you like the most? We’d love to hear from you in the comments below.