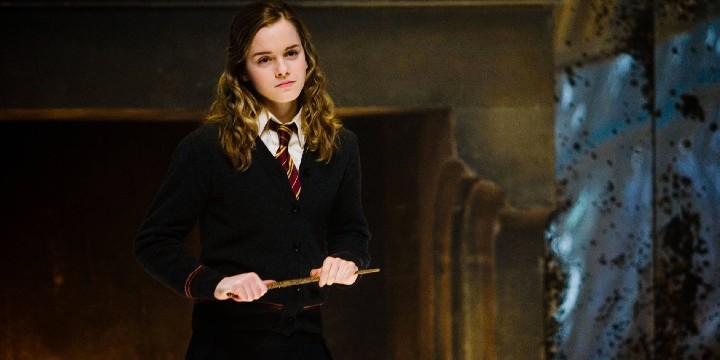 Reminiscing about one’s childhood is always fun, so if you need to revisit those memories, let these Hermione Granger quotes take you on a trip down memory lane!

Emma Watson’s portrayal of Hermione is remarkable. From being an outcast Muggle who often gets bullied to being the smartest in her class—it all made us root for her. As a result, this inspired us to find our sense of purpose through meaningful friendships.

Do not be afraid to seek help from others. Remember that true friends will come along the way to help you carry on, thrive, and live a happy life. For this reason, we’ve gathered quotes that will guide you to lead a life full of positivity!

And make sure to read these Harry Potter quotes and Hermione Granger quotes.

1. “Fear of a name only increases fear of the thing itself.”

2. “Me? Books, cleverness. There are more important things: friendship and bravery.”

3. “Even though we’ve got a fight ahead of us. We’ve got one thing that Voldemort doesn’t have. Something worth fighting for.”

4. “Sometimes friendship means not having to say anything. Thank yous and apologies can sometimes get lost, but that doesn’t mean they’re unexpressed.”

6. “I mean, you could claim that anything’s real if the only basis for believing in it is that nobody’s proved it doesn’t exist!”

9. “Actually, I’m highly logical, which allows me to look past extraneous details and perceive clearly that which others overlook.”

10. “Now, if you two don’t mind, I’m going to bed before either of you come up with another clever idea to get us killed—or worse, expelled.”

Hermione Granger Quotes to Ignite Braveness in Your Heart

11. “We will fight! We’ll have to, to reach the snake! But let’s not lose sight now of what we’re supposed to be d-doing! We’re the only ones who can end it!”

12. “This sort of thing is exactly what Dumbledore was talking about. You-Know-Who’s only been back two months, and we’ve started fighting among ourselves. And the Sorting Hat’s warning was the same—stand together, be united.”

13. “When are you going to get it into your head? We’re in this together!”

14. “We’ve got to be able to defend ourselves. And if Umbridge refuses to teach us how, we need someone who will.”

Hermione Granger Quotes That Show Her Constant Love for Knowledge

15. “I checked this out weeks ago for a bit of light reading.”

16. “Honestly, am I the only person who’s ever bothered to read Hogwarts, A History?”

17. “I’ve learned all our course books by heart, of course; I just hope it will be enough.”

18. “You know, the Egyptians used to worship cats.”

19. “I’ve always admired your courage Harry, but sometimes you can be really thick. You don’t really think you’re going to be able to find all those Horcruxes by yourself, do you? You need us, Harry.”

20. “Yes, Harry, but all the same, there’s no point pretending that you’re not good at Defense Against the Dark Arts because you are. You were the only person last year who could throw off the Imperius Curse completely. You can produce a Patronus. You can do all sorts of stuff that full-grown wizards can’t.”

21. “It would be quite nice if you stopped jumping down our throats, Harry, because in case you haven’t noticed, Ron and I are on your side.”

22. “No, Harry, you listen, we’re coming with you. That was decided months ago—years, really.”

24. “The truth is that you don’t think a girl would have been clever enough!”

25. “Harry caught the fish, and I did my best with it! I notice I’m always the one who ends up sorting out the food because I’m a girl, I suppose!”

27. “Just because it’s taken you three years to notice, Ron, doesn’t mean no one else has spotted I’m a girl!”

Hermione Granger Quotes That Are Bold and Sassy

33. “Just because you have the emotional range of a teaspoon doesn’t mean we all have!”

34. “No, Harry. Even in the wizarding world, hearing voices isn’t a good sign.”

35. “Is that really what my hair looks like from the back?”

36. “At least no one on the Gryffindor team had to buy their way in. They got in on pure talent.”

37. “If being good at Divination means I have to pretend to see death omens in a lump of tea leaves, I’m not sure I’ll be studying it much longer!”

38. “You do realize that your sheets are changed, your fires lit, your classrooms cleaned, and your food cooked by a group of magical creatures who are unpaid and enslaved?”

39. “Oh, for heaven’s sake! Listen to me, all of you! You’ve got just as much right as wizards to be unhappy! You’ve got the right to wages and holidays and proper clothes. You don’t have to do everything you’re told—look at Dobby!”

40. “I just think it’s very irresponsible to start performing spells when you don’t even know what they’re for and stop talking about ‘The Prince’ as if it’s his title, I bet it’s just a stupid nickname, and it doesn’t seem as though he was a very nice person to me!”

Did These Hermione Granger Quotes Remind You of Your Childhood?

Like Hermione Granger, some of us also had a strict upbringing. Her life as a Muggle-born brought harsh treatment from other people around her, and due to this, she developed difficulty in opening up to other people.

Although it can be hard at first, she started taking small steps necessary to grow. As luck would have it, the result of her going out of her comfort zone is one she did not expect—a friendship that would last a lifetime. Indeed, life is full of good surprises that help us overcome our struggles as we grow older.

If there’s one thing we have learned from Hermione Granger, it’s that being yourself is vital in this world. At the end of the day, the right people will come along and appreciate you for your uniqueness. With that, we hope that these quotes were able to remind you not to be afraid to embrace who you are!

Do you have more quotes to add from Hermione Granger? What’s your favorite quote from the collection? Comment your answers below!