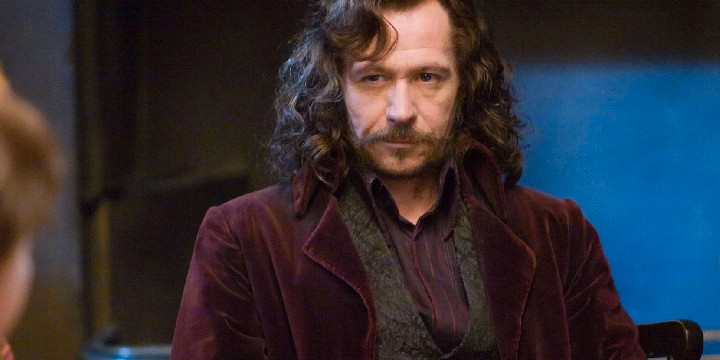 Ready your wands because these Sirius Black quotes will surely inspire you to be brave and kind to your loved ones.

Sirius Black is one of the characters of the Harry Potter series. He is the best friend of James Potter and Remus Lupin and the godfather of the main protagonist, Harry Potter.

He was a good and loyal friend, but he was wrongly accused of being a servant of the Dark Lord, making him a prisoner of Azkaban.

Sirius Black went through the worst experiences in his time there. But, even with all the darkness he encountered, he never failed to find love and light in his heart.

Sirius Black is definitely a strong and inspirational character in the Harry Potter saga. His wise words and unwavering loyalty for his friends made fans hold him dearly in their hearts.

Read our complete collection below to learn more about him and his life-changing lessons.

And don’t forget to check out these Severus Snape quotes and Lord Voldemort quotes.

1. “The ones who love us never really leave us. You can always find them in here.”

2. “The world isn’t split into good people and Death Eaters. We’ve all got both light and dark inside us. What matters is the part we choose to act on. That’s who we really are.”

4. “Bad times like that bring out the best in some people and the worst in others.”

5. “This is how it is. This is why you’re not in the Order. You don’t understand. There are things worth dying for!”

6. “It’s beautiful, isn’t it? I’ll never forget the first time I walked through those doors. It’ll be nice to do it again as a free man.”

8. “You know the man you truly are, Remus! This heart is where you truly live! This heart! Here! This flesh is only flesh!”

9. “Then you should have died! Died, rather than betray your friends as we would have done for you.”

10. “If you want to know what a man’s like, take a good look at how he treats his inferiors, not his equals.”

12. “Personally, I’d have welcomed a dementor attack. A deadly struggle for my soul would have broken the monotony nicely.”

13. “I want you to listen to me very carefully, Harry. You’re not a bad person. You’re a very good person who bad things have happened to.”

14. “You think the dead we loved ever truly leave us?”

15. “I want to commit the murder I was imprisoned for.”

18. “I think the only reason I never lost my mind is that I knew I was innocent. That wasn’t a happy thought, so the dementors couldn’t suck it out of me, but it kept me sane, and knowing who I am helped me keep my powers.”

19. “It’s cruel that I got to spend so much time with James and Lily and you so little.”

21. “I’ve been living in the forest ever since, except when I came to watch Quidditch, of course. You fly as well as your father did, Harry.”

22. “Believe me, Harry. I never betrayed James and Lily. I would have died before I betrayed them.”

Sirius Black: “And you know it. And for now, that’ll do.”

24. Remus Lupin: “Finally, the flesh reflects the madness within.”

Sirius Black: “Well, you’d know all about the madness within, wouldn’t you, Remus?”

27. “They could tell that my feelings were less, less human, less complex when I was a dog, but they thought, of course, that I was losing my mind like everyone else in there, so it didn’t trouble them.”

28. “It was as if someone had lit a fire in my head, and the dementors couldn’t destroy it.”

29. “This is my parent’s house. I offered it to Dumbledore as headquarters for the Order. It’s about the only useful thing I’ve been able to do.”

32. “What was there to be gained by fighting the most evil wizard who has ever existed? Only innocent lives, Peter!”

33. “Keep your eyes open, particularly when the person we discussed is around, and concentrate on keeping yourself out of trouble.”

Sirius Black Quotes to Learn About His Past

34. “No one would ever have me a prefect. I spent too much time in detention with James. Lupin was the good boy. He got the badge.”

35. “My mother didn’t have a heart, Kreacher. She kept herself alive out of pure spite.”

36. “Lily and James only made you Secret Keeper because I suggested it. I thought it was the perfect plan, a bluff. Voldemort would be sure to come after me, would never dream they’d use a weak, talentless thing like you. It must have been the finest moment of your miserable life, telling Voldemort you could hand him the Potters.”

Funny Sirius Black Quotes That Show His Wit and Humor

37. “Mr. Padfoot would like to register his astonishment that an idiot like that ever became a professor.”

38. “Voldemort doesn’t march up to people’s houses and bang on their front doors, Harry.”

39. “I, a spy for Voldemort? When did I ever sneak around people who were stronger and more powerful than myself?”

40. “Brilliant, Snape, once again, you’ve put your keen and penetrating mind to the task and, as usual, come to the wrong conclusion.”

41. “Well, as everyone thinks I’m a mad mass murderer and the Ministry’s put a 10,000-galleon price on my head, I can hardly stroll up the street and start handing out leaflets, can I?”

43. “I was going for the rat. Normally, I have a very sweet disposition as a dog. In fact, more than once, James suggested that I make the change permanent. The tail I could live with. But the fleas? They’re murder.”

More Sirius Black Quotes to Remind You Why Everyone Loves Him

44. “He might have crawled up into the airing cupboard and died, but I mustn’t get my hopes up.”

45. Sirius Black: “Look, Harry, the Death Eaters at the World Cup, your name rising out of the Goblet of Fire, these are not just coincidences! Hogwarts isn’t safe anymore.”

Harry Potter: “What are you saying?”

Sirius Black: “I’m saying the devils are inside the walls. Igor Karkaroff, he was a Death Eater and no one, no one stops being a Death Eater.”

46. “Because accepting that Voldemort’s back would mean trouble like the Ministry hasn’t had to cope with for nearly 14 years.”

49. “I thought the first thing you’d do when you got here would be to start asking questions about Voldemort.”

How Do You Stay Kind Despite All the Bad Experiences You Have in Life?

There are many things we Potterheads can learn from our favorite godfather. But, one of the most striking lessons we’ve gathered from Sirius Black is our power to choose who we are. He shows that no matter how weak we are in front of life’s challenges, we can still fight to let light win inside us.

This is especially true in our world, where people can be cruel and heartless. Meeting them can hurt us, change us forever, and leave deep scars in our hearts. But, we should never let them change us and turn us into someone who is also monstrous and inhuman.

This collection of Sirius Black quotes is a reminder that, in the most challenging times, we always have love and kindness inside us. Remember that there is still good even with all the evil and darkness of the world.

Which Sirius Black quote resonated with you the most? What other lessons did you learn from today’s collection? Comment below!