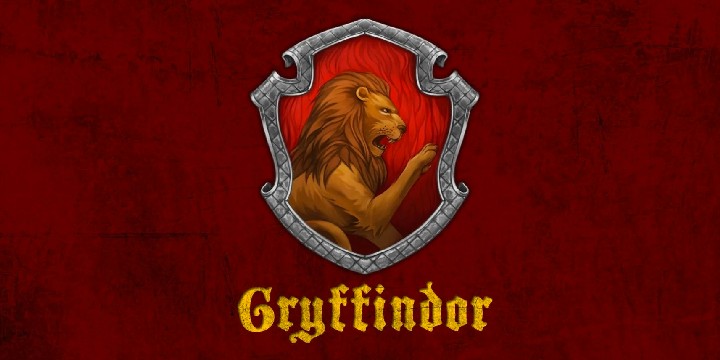 Awaken the lion inside you by reading these Gryffindor quotes that speak volumes about bravery and fierceness!

Gryffindor is one of the four Hogwarts School of Witchcraft and Wizardry Houses.

The members of this remarkable House are known for possessing great courage, loyalty, and perseverance in reaching their goals.

With Gryffindor’s heroic personality, it’s no surprise that the main characters of the Harry Potter series came from this House.

Their fearlessness and caring nature make them perfect protagonists that will teach you a lot in life.

So, read our complete collection below and be inspired to face life head-on.

And don’t forget to check out these Hermione Granger quotes and Ron Weasley quotes.

1. “We’ve all got both light and dark inside us. What matters is the part we choose to act on. That’s who we really are.” – Sirius Black

3. “Fear of a name only increases fear of the thing itself.” – Albus Dumbledore

4. “You might belong in Gryffindor, where dwell the brave at heart, their daring, nerve, and chivalry set Gryffindors apart.” – The Sorting Hat

5. “We are only as strong as we are united, as weak as we are divided.” – Albus Dumbledore

6. “But, you know, happiness can be found even in the darkest of times if one only remembers to turn on the light.” – Albus Dumbledore

7. “Only a true Gryffindor could have pulled that out of the hat, Harry.” – Albus Dumbledore

8. “Numbing the pain for a while will make it worse when you finally feel it. You have shown bravery beyond anything I could have expected of you. I ask you to demonstrate your courage one more time. I ask you to tell us what happened.” – Albus Dumbledore

9. “By Gryffindor, the bravest were prized far beyond the rest.” – The Sorting Hat

10. “It does not do well to dwell on dreams and forget to live.” – Albus Dumbledore

11. “Words are, in my not-so-humble opinion, our most inexhaustible source of magic. Capable of both inflicting injury and remedying it.” – Albus Dumbledore

12. “Books and cleverness! There are more important things—friendship and bravery and, oh Harry, be careful!” – Hermione Granger

13. “Remember Cedric. Remember, if the time should come when you have to make a choice between what is right and what is easy, remember what happened to a boy who was good, and kind, and brave because he strayed across the path of Lord Voldemort. Remember Cedric Diggory.” – Albus Dumbledore

14. “We’re all human, aren’t we? Every human life is worth the same and worth saving.” – Kingsley Shacklebolt

15. “The truth. It is a beautiful and terrible thing and should therefore be treated with great caution.” – Albus Dumbledore

16. “Do not pity the dead, Harry. Pity the living, and, above all, those who live without love.” – Albus Dumbledore

17. “Dumbledore says people find it far easier to forgive others for being wrong than being right.” – Hermione Granger

18. “Indifference and neglect often do much more damage than outright dislike.” – Albus Dumbledore

19. “To the well-organized mind, death is but the next great adventure.” – Albus Dumbledore

20. “It is the unknown we fear when we look upon death and darkness, nothing more.” – Albus Dumbledore

21. “It is the quality of one’s convictions that determines success, not the number of followers.” – Remus Lupin

22. “Never trust anything that can think for itself if you can’t see where it keeps its brain.” – Molly Weasely

Memorable Gryffindor Quotes to Learn About Their Personality and Values

23. “Our emblem is the lion, the bravest of all creatures. Our House colours are scarlet and gold, and our common room lies up in Gryffindor Tower.” – Percy Weasley

24. “A lot of people say that Slytherins and Gryffindors represent two sides of the same coin.” – Gemma Farley

26. “That is the second time you have spoken out of turn, Miss Granger. Five more points from Gryffindor for being an insufferable know-it-all.” – Severus Snape

27. “Well, I still say you were lucky, but not many first years could have taken on a full-grown mountain troll. You each win Gryffindor five points.” – Minerva McGonagall

28. “At least no one on the Gryffindor team had to buy their way in. They got in on pure talent.” – Hermione Granger

29. “Another 10 points from Gryffindor. I would expect nothing more sophisticated from you, Ronald Weasley, the boy so solid he cannot Apparate half an inch across a room.” – Severus Snape

Gryffindor Quotes That Reveal a Lot About the House Members

31. Harry Potter: “It only put me in Gryffindor because I asked not to go in Slytherin.”

Albus Dumbledore: “Exactly, which makes you very different from Tom Riddle. It is our choices, Harry, that show what we truly are, far more than our abilities.”

32. “Don’t suggest to me what I can and can’t do, Potter. I’ve never been more ashamed of Gryffindor students.” – Minerva McGonagall

34. “You’re a little scary sometimes, you know that? Brilliant, but scary.” – Ron Weasley

35. “Just because you have the emotional range of a teaspoon doesn’t mean we all have.” – Hermione Granger

36. “And now, Harry, let us step out into the night and pursue that flighty temptress, adventure.” – Albus Dumbledore

Gryffindor Quotes That You Will Love

40. “Green is a soothing colour. I mean, Gryffindor rooms are all well and good, but the trouble with red is, it is said to send you a little mad, not that I’m casting aspersions.” – Albus Severus

41. “Not Slytherin, eh? Are you sure? You could be great, you know, it’s all here in your head, and Slytherin will help you on the way to greatness, no doubt about that, no? Well, if you’re sure, better by Gryffindor!” – The Sorting Hat

42. “And here are the Gryffindors! Potter, Bell, Johnson, Spinnet, Weasley, Weasley, and Wood. Widely aknowledged as the best side Hogwarts has seen in a good few years.” – Peter Jordan

43. “I thought that to belong in Gryffindor House, you were supposed to be brave? It looks to me as though you would have been better off in my own House. We Slytherins are brave, yes, but not stupid. For instance, given the choice, we will always choose to save our own necks.” – Phineas Nigellus

44. “If you’re not in Gryffindor, we’ll disinherit you, but no pressure.” – Ron Weasley

45. “There’s no need to tell me I’m not brave enough to be in Gryffindor. Malfoy’s already done that.” – Neville Longbottom

46. “You’re worth 12 of Malfoy. The Sorting Hat chose you for Gryffindor, didn’t it?” – Harry Potter

Gryffindor Quotes That Will Enlighten You About the Author’s House

47. “The Gryffindor common room looked as welcoming as ever, a cosy circular tower room full of dilapidated squashy armchairs and rickety old tables. A fire was crackling merrily in the grate, and a few people were warming their hands by it before going up to their dormitories.” – J.K. Rowling, Author

48. “There are some things you can’t share without ending up liking each other and knocking out a 12-foot mountain troll is one of them.” – J.K. Rowling, Author

49. “The Gryffindors comprise a lot of foolhardy and show-offy people. That’s just the way it is. I’m a Gryffindor. I’m allowed to say. There’s bravery, and there’s also showboating, and sometimes, the two go together.” – J.K. Rowling, Author

50. “Gryffindor House is home to Nearly Headless Nick, who in life was Sir Nicholas de Mimsy-Porpington. Something of a snob and a less accomplished wizard than he believed. Sir Nicholas lounged around the court of Henry VII in life until his foolish attempt to beautify a lady-in-waiting by magic caused the unfortunate woman to sprout tusks. Sir Nicholas was stripped of his wand and inexpertly executed, leaving his head hanging off by a single flap of skin and sinew. He retains a feeling of inadequacy with regard to truly headless ghosts.” – J.K. Rowling, Author

Which Gryffindor Quote Inspired You to Be Loyal and Brave?

All of us know the feeling of fear and helplessness. However, not everyone can choose to fight and have the courage to face things in life. Sometimes, all we need is a little push and guidance to help us.

So, we hope that these quotes were able to give you the strength to fight and reach your dreams. Feel free to reread the collection to get motivated, especially at the lowest points of your life.

Do you belong to the House of Gryffindor? What similar traits do you and other members of the House have? Share your answers with us in the comments section below.