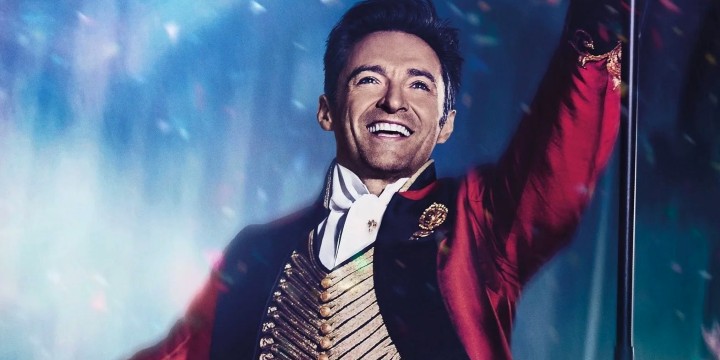 These 40 The Greatest Showman quotes will have you belting out the movie’s soundtrack in no time!

The Greatest Showman is armed with great songs, a fantastic cast, and a unique storyline. It tells the tale of P.T. Barnum’s quest to set up the Barnum & Bailey Circus, where limitless imagination, musical numbers, and exotic performers shine. Building his dreams from the ground up did come with many challenges, but it also allowed him to find a home, a family, and happiness with the people he met.

Each scene, line, and lyric in the show is filled with wisdom and insights from which we can all learn. So, if you’re curious about the movie or just want to sing along to the soundtrack, then make sure you read through our complete list below!

And don’t forget to check out these Mamma Mia quotes and Grease quotes.

Best Quotes From The Greatest Showman

1. “It is hard to understand wealth and privilege when you’re born to it.” – Jenny Lind

2. “A man’s station is only limited by his imagination.” – P.T. Barnum

3. “When you’re careless with other people, you bring ruin upon yourself.” – Jenny Lind

4. “You don’t need everyone to love you, just a few good people.” – Charity Barnum

5. “No one ever made a difference by being like everyone else.” – P.T. Barnum

6. “The world is changing, and I refuse to be a part of yours.” – Philip Carlyle

The Greatest Showman Quotes to Inspire You With Joy

11. “I wish for happiness like this forever.” – Charity Barnum

14. “Mr. Bennett, when was the last time you smiled? Or had a good laugh? A real laugh. A theater critic who can’t find joy in the theater. Now, who is the fraud?” – P.T. Barnum

15. “Before I met you, I had a name, an inheritance, and an invitation to every party in town. Now, thanks to you, all that’s gone. All I have is love, friendship, and work that I adore. You brought joy into my life.” – Phillip Carlyle

Wise The Greatest Showman Quotes That Are Full of Insights

16. “They’d have to stop judging people and actually start doing something with their lives.” – Charity Barnum

17. “Hyperbole isn’t the worst crime. Men suffer more from imagining too little than too much.” – P.T. Barnum

Tom Thumb: “You want people to laugh at me.”

P.T. Barnum: “Well they’re laughing anyway, kid, so you might as well get paid.”

19. “Shut up, Barnum. You just don’t get it. Our own mothers were ashamed of us. Hid us our whole lives. Then you pull us out of the shadows. Now you’re giving up on us too. Maybe you are a fraud. Maybe it was about making a buck. But you gave us a real family.” – Lettie Lutz

20. James Gordon Bennett: “I never liked your show, but I always thought the people did.”

James Gordon Bennett: “Putting people of all shapes, sizes, colors—putting them on stage together and presenting them as equals—another critic might have even called it a celebration of humanity.”

21. P.T. Barnum: “Oh well, If you’ve heard of me all the way over here, I must have been doing something right.”

Jenny Lind: “That, or something very wrong.”

P.T. Barnum: “In the world of publicity, there is hardly any difference.”

22. Phillip Carlyle: “Anne, they’re small-minded people. Why do you care what they think?”

Anne Wheeler: “It’s not just them. You’ve never had anyone look at you the way your parents just looked at me. The way everyone would look at us.”

30. “We don’t need a building. Real estate in Manhattan is a terrible investment. Why, I can get land down by the docks for almost nothing. All we need is a tent!” – P.T. Barnum

31. “She’s the most famous performer in all of Europe. She sold out La Scala a dozen times. Not to mention the French Opera.” – Phillip Carlyle

32. “I can’t fool the bank into loaning me more money, so I’m really sorry to disappoint you all.” – P.T. Barnum

33. “Philip, have you no shame? Associating yourself with the Barnum business is one thing, but parading around with the help!” – Mr. Carlyle

34. P.T. Barnum: “I’ve brought hardship on you and on our family. You warned me. I wouldn’t listen. I just—I wanted to be more than I was.”

Charity Barnum: “I never wanted anything but the man I fell in love with.”

More The Greatest Showman Quotes and Lyrics That You Will Love

35. “So why don’t we rewrite the stars?” – Anne Wheeler and Phillip Carlyle

36. “’Cause you’re just a dead man walking, thinking that’s your only option, but you can flip the switch and brighten up your darkest day.” – P.T. Barnum

37. “All the shine of a thousand spotlights, all the stars we steal from the night sky will never be enough.” – Jenny Lind

Did The Greatest Showman Open Your Eyes to Your Own Capabilities?

Each and every one of us has a dream. Big or small, dreams make our lives more colorful and meaningful. However, as with everything in life, there are also many naysayers out there trying to bring us down.

This is the same thing that P.T. Barnum and his friends experienced when building the circus. Many people didn’t believe that they could succeed; they criticized, judged, and bogged down the hearts and resolve of the people in the circus. They even booed the show and the performers!

But, P.T. Barnum, Anne Wheeler, and the other characters focused solely on their talents and what they could bring to the table. They understood that they were family, and in a family, you did whatever you could to help each other up. They knew that it is by accepting who they truly were that they would succeed.

Same as life, we should never let ourselves drown in naysayers’ criticism. We hold the talent and power to strive for something better and for something that will make us happy. Let the movie and its quotes inspire you to believe in yourself and fight for what you want; no one can stop you if you put your heart and mind to it!

Have you watched The Greatest Showman? Which are your favorite quotes and songs from the movie? Let us know in the comments section below!