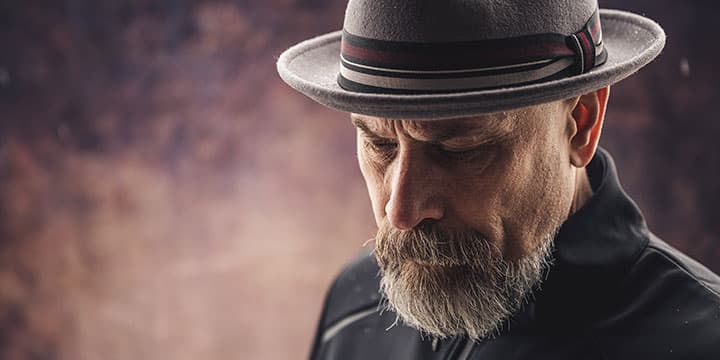 Looking for the best gangster quotes?

We’ve compiled a list of the greatest quotes by Capone, John Gotti and others.

And don’t forget to check out these Al Capone quotes.

1. “I am an undisputed gangster. To me, that means playing by my own rules.” – Katherine Ryan

2. “I’m not mad, I’m proud o’ you. You took your first pinch like a man and you learned the two greatest things in life… never rat on your friends and always keep your mouth shut.” – Jimmy Conway (Robert De Niro)

4. “I never lie because I don’t fear anyone. You only lie when you’re afraid.” – John Gotti

5. “Let me tell you something. There’s no nobility in poverty. I’ve been a poor man, and I’ve been a rich man. And I choose rich every f*cking time.” – Jordan Belfort

6. “There are only murderers in this room! Michael! Open your eyes! This is the life we chose, the life we lead. And there is only one guarantee: none of us will see heaven.” – John Rooney (Paul Newman)

7. “A guy told me one time… don’t let yourself get attached to anything you are not willing to walk out on in 30 seconds flat if you feel the heat around the corner.” – Neil McCauley (Robert De Niro)

8. “The lawyer with the briefcase can steal more money than the man with the gun.” – Mario Puzo

9. “Gangsters live for the action. The closer to death, the nearer to the heated coil of the moment, the more alive they feel.” – Lorenzo Carcaterra, Gangster

12. “Who cares about shit people say that they don’t have the balls to say to your face?” – Tony Soprano

13. “All right, you proved your point. You broke into my vault. Congratulations, you’re a dead man.” – Terry Benedict (Andy Garcia)

14. “A true gangster can smell out a person’s strenghts and weaknesses in a matter of minutes, but what they can sense most of all, what their bodies are most attuned to, is the scent of fear.” – Lorenzo Carcaterra, Gangster

15. “From now on, nothing goes down unless I’m involved. No blackjack no dope deals, no nothing. A nickel bag gets sold in the park, I want in. You guys got fat while everybody starved on the street. Now it’s my turn.” – Frank White (Christopher Walken)

17. “”You can get much further with a kind word and a gun than you can with just a kind word.” – Al Capone

18. “Two little mice fell in a bucket of cream. The first mouse quickly gave up and drowned. The second mouse, wouldn’t quit. He struggled so hard that eventually he churned that cream into butter and crawled out. Gentlemen, as of this moment, I am that second mouse.” – Frank Abagnale Sr

20. “When you love someone, you’ve gotta trust them. There’s no other way. You’ve got to give them the key to everything that’s yours. Otherwise, what’s the point? And for a while, I believed, that’s the kind of love I had.” – Ace Rothstein

22. “You ain’t a lawyer no more, Dave. You a gangster now. On the other side. A whole new ball game. You can’t learn about it in school, and you can’t have a late start.” – Carlito

24. “You need more than guts to be a good gangster. You need ideas.” – Rocket, City of God

26. “No gangster is ever happy when he’s at peace. The main reason he’s in the business is to eliminate his enemies.” – Lorenzo Carcaterra, Gangster

27. “Keep your friends close but your enemies closer.” – Michael Corleone

28. “To me, being a gangster was better than being president of the united states.”

30. “I asked god for a bike, but I know god doesn’t work that way. So I stole a bike and asked for forgiveness.” – Al Pacino

31. “See, ya are what ya are in this world. That’s either one of two things: Either you’re somebody, or you ain’t nobody.”

32. “Listen to me very carefully. There are three ways of doing things around here: the right way, the wrong way, and the way that I do it. You understand?” – Ace Rothstein

33. “Goodfellas, never rat on your friends and always keep your mouth shut.”

34. “And remember, where you have a concentration of power in a few hands, all too frequently men with the mentality of gangsters get control. History has proven that.” – Lord Acton

35. “Don’t tell me what was said about me. Tell me why were they so comfortable to say it to you?”

36. “I think we have always had a fascination for gangs and gangsters, and I think we always will.” – Ross Kemp

37. “Some of your worst gangsters are guys who were very low-key.” – Mickey Rourke

38. “There are many people who think I’m actually a gangster or a mafioso, largely because of ‘Goodfella.” – Paul Sorvino

40. “When you understand the mechanics of stress and master the techniques to manipulate someone’s fears and dreams, you will be powerful.” – Gregory Hartley