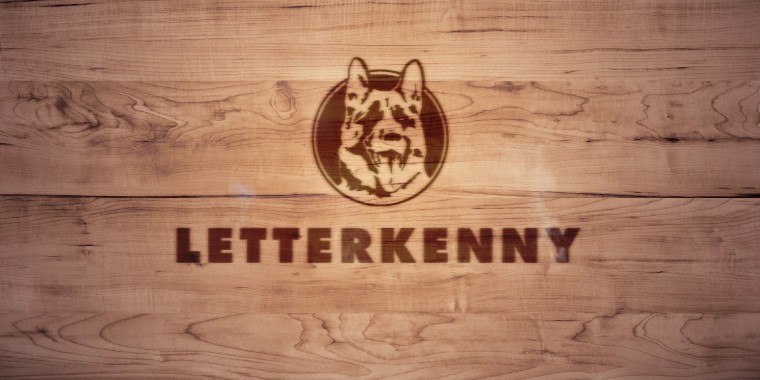 If you’re having a bad day, reading a quote or two from this list of the best Letterkenny quotes will undoubtedly make you feel better!

Letterkenny is a Canadian sitcom that zooms in on the lives of those living within a fictional Ontario community.

It features people from all walks of life, all with different beliefs and ways of life. From farmers, hockey players, local drug addicts, and more—we’re sure you’ll find some relatable words to learn from.

Offhand, it may seem like your usual comedy series. However, just with its opening text saying, “There is a small town of 5000 in midwestern Ontario called Letterkenny. These are their problems,” we can already get a sneak peek into its wisdom-rich episodes and lines.

If you haven’t watched Letterkenny yet, we’re sure this collection of its best lines will entice you to stream it right away!

Read on and find some of the funniest and wisest quotes from the characters.

And don’t forget to check out these Schitt’s Creek quotes and Trailer Park Boys quotes.

2. “You naturally care for a companionship, but I guess there are a lot worse things than playing a little one-man couch hockey in the dark.” – Wayne

3. “It’s like algebra. Why you gotta put numbers and letters together? Why can’t you just go f*ck yourself?” – Wayne

4. “You knew your pal had come into money when he started throwing out perfectly good pistachios like he was above cracking ‘em open with a box cutter like the rest of us.” – Daryl

5. “F*ck Lemony Snicket. What a series of unfortunate events you been through, you ugly f*ck?” – Jonesy

6. “We only got one shot at this. One chance. One win. You know? Vomit on your mom’s spaghetti, or whatever that talking singer says.” – Coach

10. “I want to give back to the community by helping people find love.” – Wayne

11. “Here’s a poem. Starlight, star bright, why the f*ck you got earrings on? Bet your lobes ain’t the only thing that got a hole punched in ’em.” – Wayne

18. “Got any more of that electric lettuce? These darts aren’t doing it.” – Shoresy

19. “F*ck you, Jonesy, your life is so pathetic I get a charity tax break just by hanging around you!” – Shoresy

20. “You got half your finger cut off one of three ways: bike chain, bandsaw, penalty box door.” – Wayne

21. “Every woman knows that the way to a man’s heart is not through his zipper, it’s through his stomach.” – Wayne

22. “There’s something really pervy about that word ‘taste.’” – Wayne

23. “There’s more to life than a little Hulu and you-screw, big brother.” – Katy

24. “It’s a hard life picking stones and pulling teats, but as sure as God’s got sandals, it beats fighting dudes with treasure trails.” – Wayne

25. “When you are bringing complaints to someone, they’ll be more receptive to alter into their behavior if you make it your problem, rather than placing the blame on them.” – Wayne

26. “I need to give you one more chance to retract, no questions asked. Before this conversation becomes a confrontation.” – Gail

27. “The only animal in the animal kingdom that wants anything to do with Canada goose is Canada mooses.” – Wayne

28. “You came to after having a bar fight. Felt like you got hit by a car, right? But your pal had your back, went on the attack, but it turned off his gal like a night light.” – Daryl

39. “The stupidest thing I ever heard in my life is that a baby is smart.” – Wayne

40. “Tim’s, McDonald’s, and the beer store are all closed on Christmas Day. And that’s your whole world right there.” – Wayne

42. “Your sister’s lasagna gave everyone the scoots for weeks up in here.” – Gail

43. “Closest you’re getting to any action this weekend is giving the dairy cow’s t*ts a good scrubbing.” – Wayne

44. “What I said was: I got real long eyelashes. Well I’m surprised no one has ever noticed that.” – Wayne

Wayne: “I think you come in men enough for all of us.”

Letterkenny Quotes That Will Make You Laugh Out Loud

48. “F*ck you, Reilly, go scoop it off your mom’s floor! She gives my nipples butterfly kisses.” – Jonesy

50. “F*ck you Jonesy! Your mom just liked my Instagram post from two years ago in Puerto Vallarta. Tell her I’ll put my swim trunks on for her any time she likes.” – Reilly

51. “Something about that old goat just really grinds my pepper.” – Gail

52. “I mean, just because my name is Reilly doesn’t necessarily mean that I’m a drunken leprechaun.” – Reilly

Wayne: “He f*cked an ostrich?”

58. “This eau de toilette is enchantingly refreshing on summer days like this.” – Daryl

59. “I have never been less embarrassed in all my life.” – Coach

60. “You wanna come to a super soft birthday party?” – Wayne

62. “You’re pretty good at wrestling there, Katy, and that’s what I appreciate about you.” – Squirrely Dan

65. “Don’t you mess around with me. There’s nothing too happy about commemorating the beating and execution of third-century Roman archbishop Saint Valentine.” – Wayne

66. “I see the muscle shirt came today. Muscles coming tomorrow? Did ya get a tracking number? Oh, I hope he got a tracking number. That package is going to be smaller than the one you’re sporting now.” – Dary

68. “Your friend says his sleds got so much torque he can’t keep the front end down. Okay, bud, if you wanna blow smoke, go have a dart.” – Wayne

69. “Your sister thinks you smoke too much when you’re drinking but your grandpa always said, ‘A smoke and a beer go together like a piss and a fart.’” – Wayne

70. “You know not to be impolite but sometimes a gal will do some kissing on the ears. Which makes me uncomfortable because even though I clean my ears, sometimes a tater will just roll out of there unexpected.” – Wayne

71. “Do you mean like you take the drugs with your hand and well, then, you put ’em up your pooper?” – Wayne

72. “You had a party and there was no piss around the toilet after which most certainly means your friends piss sitting down.” – Wayne

73. “You wish there was a pied piper for possums but there isn’t. So you’re just gonna have to keep picking them off with a 22. Buckle up because they’re f*cking ugly. Of course, that’s not to say I have it all my damn self.” – Wayne

74. “Seeing as this is most certainly a one-off event and not a tradition that also falls on some made-up holiday that I couldn’t give a cat’s queef about, I’m out. There’s happiness calling my name from the bottom of a bottle of Puppers.” – Wayne

75. “You stopped toe-curling in the hot tub ‘cause you heard sperms stay alive in there and you’ve seen Teenage Mutant Ninja Turtles enough times to know how that story ends.” – Wayne

76. “You love that movie The Fox and the Hound so much you can’t bring yourself to kill the fox that’s been getting into the chicken coop. You don’t care if that makes you softer than a Disney matinee.” – Squirrely Dan

More Letterkenny Quotes for Those Who Miss the Series

78. “Your cousin said he could get a One Direction CD for your sister’s birthday party which is fine but he was a little quick to the draw there.” – Wayne

79. “Your great uncle farted when he got up from the picnic table which was funny but also pretty f*cking inconsiderate at his own chili picnic.” – Wayne

80. “Your cousin named his cat Harry Pottery barn which was confusing till you found out he named his bong Samwise Ganja.” – Wayne

Did These Letterkenny Quotes Offer You Things to Laugh About and Learn From?

Letterkenny is filled with foul words, curses, and insults. Of course, these are all used with humor. However, though that’s the case, each episode is also filled with values relevant to every viewer.

There are lots of lessons to uncover from the series. But, one that might be applicable for all aspects of life for everyone is getting a move on—moving on and moving forward, no matter what.

One of the sitcom’s most iconic lines is, “Pitter-patter, let’s get at ‘er.” Essentially, in the story, this line shows Wayne’s impatience. But, if you try to apply it to real life, we can take this as a reminder that it’s time to move forward and get on with our day.

We have a lot of distractions surrounding us, and it’s essential to know when to pause and when to start. More than this, through the experiences that Letterkenny’s characters go through, we learn about efficiency, fairness, and teamwork.

Indeed, Letterkenny is a show packed with relevant and applicable wisdom behind all the curse-filled words. With that, we hope this collection was able to entice you to start streaming the show and look for its embedded lessons. Keep this collection in mind the next time you watch Letterkenny!

What’s your favorite Letterkenny episode? Who are your favorite characters, and which lines of theirs were relevant to you? Share them below.