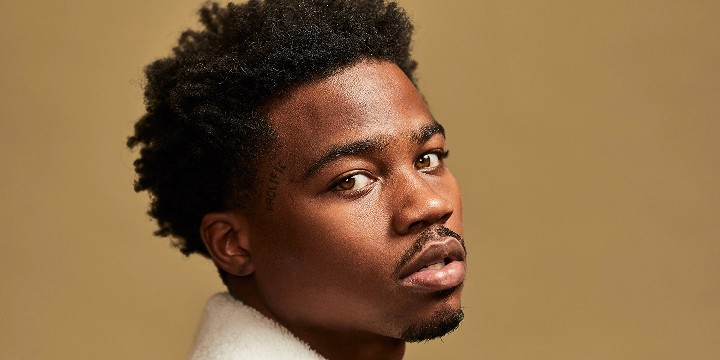 These Roddy Ricch quotes will tell you about a rapper who’s been through hell and back and still managed to accomplish a lot in life.

Roddy Ricch is an American artist who dabbled in rapping and producing. He made a name for himself in the music industry when he released his hit single, Die Young, which was dedicated, in part, to his childhood friend. Its music video received over 80 million views on YouTube and 120 million Spotify streams.

Today, he is one of the most promising artists in the world. Continue reading this collection if you want to be inspired and motivated to work hard!

And don’t forget to check out these Rod Wave quotes and Lil Baby quotes.

4. “Mistakes are meant for learning, not to repeat the same decisions.”

5. “I went through my darkest times alone so I’m sorry if I act like I don’t need anyone.”

6. “I can’t speak on or be responsible for anybody’s actions but my own.”

7. “Gotta count all blessings and learn from all mistakes.”

8. “Know who you are before someone can tell you.”

9. “Having no expectations means no disappointments.”

10. “I want to make people think about certain things or have them ask the question of ‘why.’ I just want to always keep the people wondering.”

14. “I don’t really be putting no limitations or projections on myself. I just go do it.”

15. “Never take time for granted—always have a speak now or forever hold your peace mentality.”

16. “I’m still very involved in my community. I give back and I’m always there for the homies. That’s one of the biggest parts of what I do.”

17. “Usually, the loudest in the room is the weakest. The quietest man in the room, who is being very observant, is the smartest and the strongest.”

18. “Anybody can get the money but everybody can’t keep it.”

19. “People showing love to you aren’t owed to you—just make sure your heart is pure.”

20. “I think I’mma make every hood proud. Everybody that ever seen me come up, know what I came from, know how I came up, know where I started. I feel like I’ma just make everybody proud.”

21. “You never wanna rise to the top too fast in anything.”

23. “I always have positive intentions.”

Wise Roddy Ricch Quotes About His Views on Life

24. “It’s never guaranteed for somebody to be successful. It just really be God.”

26. “As I experience life, my music is gonna evolve. At the same time, I still do tell the stories from my world because there are unlimited stories and unlimited people from that place. I’ll always represent them. As my life begins to change and I do different things, I still want to be able to tap in and relate to them.”

27. “Kendrick Lamar taught me that life experience is an important part of being a good illustrator. When you’re illustrating a story, you have to go based on your personal experiences.”

Roddy Ricch Quotes on His Interest and Passion for Music

28. “I just make the music and then the music speaks for itself.”

29. “My music is really my therapy. I really lay all my feelings into the songs, and really just leave ’em there. I don’t carry that weight when I’m going throughout life. I’m not sad all the time.”

30. “I really just wanted to put out songs with people that I was rocking with.”

32. “I be on some, perfecting my craft, just making sure the music is all the way there.”

33. “I just wanted to do something positive. I feel like music was the talent that I had, I just had to tap into it.”

34. “I make music for n*ggas that I came up with, so they always felt the music from the very first time I ever said something on a beat. We all came up together. We all we got.”

Roddy Ricch Quotes to Get Insight Into His Personality and Beliefs

36. “I love and appreciate everybody that listens to me.”

38. “Sometimes I be in my mood where I don’t wanna talk to nobody.”

40. “When everyone else is moving fast, I tend to question that. Why is everything moving so fast? Let me kick back and move a little slower. That’s just how I am. I’m more of an observer than a person who moves.”

41. “I just stay in my own lane and not worry about what anyone else is doing and settling my own pace.”

43. “I can share my experiences with people, and they identify with it and sing it back to me. That’s the best feeling in the world.”

44. “I’ve always known that I have a different mentality. I can move in different ways and that’s for people to realize.”

45. “I can’t just close myself off to the world, because then I won’t be inspired anymore. I won’t be able to talk about nothing.”

46. “When you be broke, you tend to wanna do that for some reason. I wasn’t broke growing up, but we ain’t have a lot.”

47. “I was anti-social, but at the same time, people gravitated to that because they wanted to figure out who I was and why I was how I was.”

48. “Every time I record, I always spill what I’m feeling that day, you know what I’m saying? I’m not really the type of person to talk to people or share my feelings or nothing like that, so when I’m in the booth, I don’t even really write like that, I just be going off of what I’m feeling or what I’m thinking. So, it be like that.”

49. “Since I’ve been like famous, I ain’t never like put nobody on a song. I did mixtapes and stuff, but this was like the first real feature I ever put out with anybody.”

50. “I like to talk about different subjects because then you give the people a chance to really digest something, and then take whatever they associate themselves with at the time.”

52. “If I’m speaking to the streets and for the streets, they gon’ respond. I don’t even be thinking about blowing up.”

53. “When a person goes to jail, what people don’t realize is you’re alive, but you’re dead to the world. People forget about you. When you go to jail, you’re a story.”

55. “I just wanna shine like the Wraith roof stars.”

56. “I hate the fact that everyone comes with intentions these days.”

57. “Jewelry isn’t a necessity, but sometimes it can bring out my fashion. Sometimes if I’m wearing very dark clothes, like darker colored, black, anything like that, and I put white jewelry on top, it looks crazy because it’s like, the contrast of the diamonds and the dark clothes.”

58. “People misinterpret my lyrics sometimes too, but I mean, it is what it is.”

59. “I can see people reciting what I spit. That’s amazing. This is what comes from my heart. It’s intangible. If I can take what’s in my heart and put it in yours, that’s something people can’t touch or take away from me.”

60. “It’s some people I wish I never gave conversation to that’s why I’m slow to speak.”

61. “Lord protect me from my friends, I can take care of my enemies.”

62. “It’s people that’s in your corner and it’s people in your business. Know the difference!”

63. “I be feeling like all the love they be showing fake.”

64. “I always asked if you were leaving and you always said never.”

68. “Usually when my music drops, I can go to my hood, I can hear people playing it. Now it comes from performing it, people knowing it, and stuff. It’s crazy!”

69. “I don’t really sing—I just hear notes so I know what it’s supposed to sound like, if that makes sense. You ever hear someone try to teach a choir how to sing, but they can’t sing? That’s me.”

Roddy Ricch Quotes and Lyrics From His Hit Songs

73. “You see my diamonds even when I’m in the dark. And since you got it, it makes you go and do anything you want to.”

Did These Roddy Ricch Quotes Teach You Anything About Perseverance and Overcoming Adversity?

Roddy Ricch, like many musicians, began rapping and singing at a very young age. His style is a mashup of different rap styles from various generations, which made him unique.

In 2019, he released the Please Excuse Me For Being Antisocial album, which topped the Billboard charts. He has also received many honors, including a Grammy Award, BET Awards, and an American Music Award.

All in all, his inspiration for all his accomplishments came from the tragic death of his best friend. He claims that he does not make music for the sake of fame. It’s all about getting his message out there and enjoying the fortune that comes with it.

Roddy Ricch believes that to overcome adversity in life, we must always be consistent and take risks to reap the rewards. It doesn’t matter what you’re going through as long as you learn how to stand again to get that plot twist you’re looking for!

Have you heard any of Roddy Ricch’s music? Which of these quotes is your favorite? Please, leave a comment below.