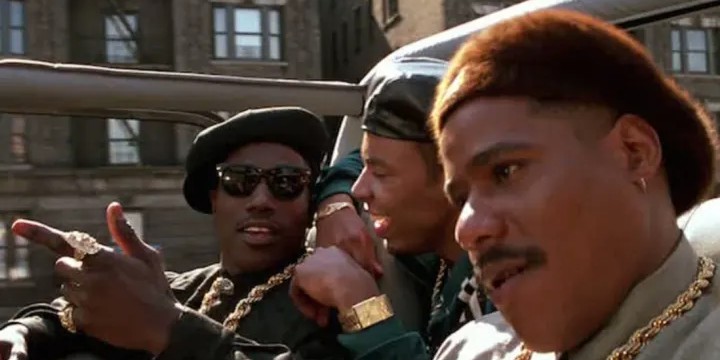 Let these New Jack City quotes take you on an action-packed ride filled with lessons on society and more.

New Jack City is a movie that tells the tale of Nino Brown and his experiences and struggles as a drug tycoon. The plot was also primarily based on the real-life story of the Chambers Brothers—a gang that ruled Detroit in the 1980s. Just from that, we can already get an idea of how intense the plot is and how impactful its morals can be for viewers.

More than the action, New Jack City is well-loved because of the numerous lessons it offers. Through it, we learn about how influential emotions can be, how hard it is to make decisions, and the workings of the business world.

If you haven’t watched New Jack City yet, this list of its best quotes is a great start. Read through our collection and get a sneak peek of the ins and outs of crime, society, and more.

And don’t miss out these Blood In Blood Out quotes and Scarface quotes.

1. “Money talks and bullshit runs a marathon. So, see ya, and I wouldn’t want to be ya.” – Nino Brown

2. “This whole drug sh*t, it’s not a black thing, it’s not a white thing. It’s a dead thing. Death doesn’t give a sh*t about color. You don’t have to like me. Hell, I don’t even know if I like you. But we’re in this together now, partner.” – Nick Peretti

5. Judd Nelson: “Behind door number one, your head explodes like a melon.”

Scotty Appleton: “Behind door number two, you hook us up with Gee Money and get the prize, Nino Brown.”

7. “Yeah, yeah, a mind is a terrible thing to waste. Now back to the t*tties—what’s going on in this drug store.” – Scotty Appleton

8. “Yeah, we takin’ over Carter. We gon’ bum rush the whole damn thing. Now, if the tenants cooperate, oh, it’ll be lovely. They’ll be loyal customers; if not, f*ck it, it’ll be like in Beirut, they’ll be live-in hostages.” – Nino Brown

10. “Unadulterated! Would you please shut the f*ck up before you have a seizure!” – Gee Money

11. “I knew I should’ve treated you like a hooker; you ain’t nothing but a high-priced ho! Put Nino on the phone, b*tch!” – Gee Money

12. “Yo baby, we talkin’ about combining and consolidating, that’s what’s up.” – Nino Brown

15. “Now that’s how you kill somebody, my brothers. You get right up on the motherf*cker, and blam! Blow his brains all over the sidewalk in broad daylight.” – Gee Money

16. Wesley Snipes: “Get the f*ck out of here. I know damn well ain’t nobody sucked your shriveled-up dick.”

Tracy Camilla Johns: “You trying to dis me?”

17. Scotty Appleton: “What? All he gets is a year? No, this ain’t happening. I should have killed you myself, b*tch.”

Wesley Snipes: “Well, that’s the difference between you and me. Don’t get mad, Tito. It’s the law. Sucks, huh? Well, maybe when this is over with, you can come and work for me.”

18. Wesley Snipes: “You sound like this sh*t will change the world.”

Tracy Camilla Johns: “I don’t know about all that ‘change the world sh*t,’ but I do know they are going crazy over this. And the b*tches—oh lord. These b*tches, they do anything for this, man. I had my jimmy waxed every day last week. Do you understand? Several times a day.”

19. Gee Money: “Everything is mine. Everything! Even my woman.”

New Jack City Quotes for Those Who Loved the Movie

20. “You f*cked up. You f*cked up big time. You’re incapable of running this sh*t. Sit your five-dollar *ss down before I make a change!” – Nino Brown

23. “Rastaman, I’m here to tell you Nino Brown says your services are no longer needed in the community.” – Gee Money

24. “They call it the Enterprise Room, man because it’s for people who wanna be beamed up to Scotty.” – Pookie

28. “They got that sh*t hooked up like Mission Impossible, man!” – Pookie

How Did These New Jack City Quotes Affect Your Views of the World?

The world of crime is never something we can idolize and use as a role model. However, through New Jack City, we’re given a whole new perspective on how society, crime, and many other things work.

Nino Brown, the movie’s main character, teaches us a fundamental lesson in business that we can apply to everyday life. He teaches us that business will always be business, and we should never let our emotions get in the way of making rational decisions. Alongside this, we also understand that making decisions when we are emotional can be detrimental to our goals.

If we let ourselves get whisked away by our emotions, we might act on something without thought and much consideration. At the end of the day, this might lead us to regrets and missed opportunities.

Indeed, the life of crime is dark, challenging, and almost always unprogressive. Even so, we hope this list of the best New Jack City quotes was able to teach you a thing or two about the workings of the world. Make sure you keep these lessons in mind the next time you watch the movie.

Which of these quotes got you hooked? Did you learn anything else from Nino Brown and the other characters? Comment below.