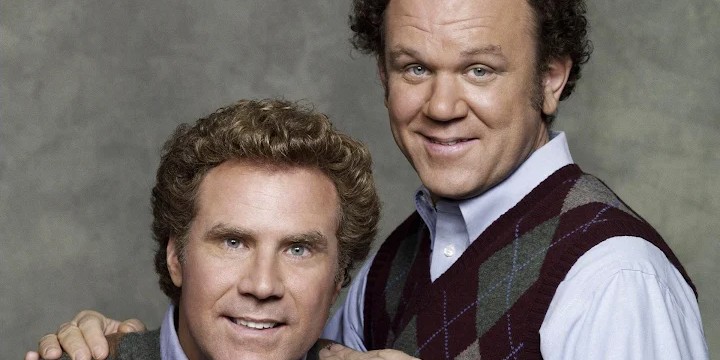 If you need some cheering up and laughter in your life, then these Step Brothers quotes are for you.

Step Brothers is a film about family, being yourself, and chasing your dreams. But, above all, it is one that will crack you up and give you your dose of daily laughter.

The plot is already hilarious, with two immature men in their 40s trying to live their way through life. So, there really was no shock when the film grossed millions of dollars in its release, especially with Will Ferrel and John Reilly’s expertise in comedy. Read our complete collection below to revisit this comedy masterpiece!

And don’t forget to check out these Fast Times at Ridgemont High quotes and Wedding Crashers quotes.

2. “Haha, that’s so funny. The last time I heard that, I laughed so hard I fell off my dinosaur!” – Dale Doback

3. “This is going to sound weird but, for a second, I think you took on the shape of a unicorn.” – Dale Doback

4. “Listen, gang, don’t be mad at Dale for ruining the story, and possibly, the evening.” – Derek Huff

6. “When I was a kid, I wanted to be a Tyrannosaurus rex more than anything in the world. I made my arms short, and I roamed the backyard. I chased the neighborhood cats. I growled, and I roared. Everybody knew me and was afraid of me. And one day, my dad said, ‘Bobby, you’re 17. It’s time to throw childish things aside,’ and I said, ‘Okay, Pop.’ But he didn’t really say that. He said, ‘Stop being a f*cking dinosaur and get a job.'” – Robert Doback

9. “I used to smoke pot with John Hopkins. It was Johnny Hopkins and Sloan Kettering, and they would blaze that sh*t every day.” – Brennan Huff

12. “You know what gets my dick hard? Helping out my friends.” – Derek Huff

14. “Here’s a scenario for you. Let’s say Nancy catches me getting out of the shower. And she thinks I look good. And she sees my chest pubes all the way down to my ball fro, and she says, ‘I’ve had the old bull. Now, I want the old calf.’ Then she grabs me by the weiner.” – Dale Doback

16. “I pleasured myself this evening to the image of you punching my husband.” – Alice

17. “I feel like a lightning bolt just hit the tip of my penis.” – Brennan Huff

Brennan Huff: “You have to call me Nighthawk.”

20. “Sticks and stones may break my bones, but I will kick you repeatedly in the balls, Gardocki!” – Brennan Huff

Brennan Huff: “No, I was watching cops.”

Dale Doback: “I witnessed with my eyes your testicles touching my drum set.”

Step Brothers Quotes That’ll Tell You About Their Family Dynamics

27. “Dad, we’re men, okay? That means a few things. We like to sh*t with the door open. We talk about p*ssy. We go on riverboat gambling trips. We make our own beef jerky. That’s what we do. And now, that is all wrecked.” – Dale Doback

Dale Doback: “No, bon voyage! Have a great time!”

31. Dale Doback: “You and your mother are a bunch of hillbillies. This is a house of learned doctors. The only reason we’re letting you live here is because me and my dad thought your mom was hot, and we thought we’d keep her around so we can both bang her, and we’ll deal with the ret*rd in the meantime.”

32. “You geriatric f*ck! You better keep your liver-spotted hands off my beautiful mother, who is a saint, or else I’ll shove one of your hearing devices up your *ss so you can hear the sound of your own small intestines producing sh*t!” – Brennan Huff

33. “I’ve been called the songbird of my generation by people who’ve heard me. That good.” – Brennan Huff

34. “Brennan, that is the voice of an angel. I can’t even make eye contact with you right now. Your voice is like a combination of Fergie and Jesus.” – Dale Doback

Hilarious Step Brothers Quotes for a Day Full of Laughter

36. “When you fall asleep, I’m gonna punch you square in the face.” – Brennan Huff

Brennan Huff: “Are you saying, Pan or Pam?”

38. Denise: “Brennan, I thought you were incredibly brave. And I mean that in strictly the most clinical and professional sense possible, with no emotional, intimate, sexual, or any other undertones that you could possibly infer.”

Brennan Huff: “God, you’re gonna make me cry. What poem is that from? Is that James Joyce?”

39. “I know that you are technically married now, but that does not mean that they have to live here.” – Dale Doback

Manager: “I can taste it on my tongue.”

Dale Doback: “Okay, I’ll be honest with you. I did fart.”

Manager: “Is that onion? Onion. Onion, and ketchup. It stinks, and this is a small room.”

41. “Okay, on the count of three, name your favorite dinosaur. Don’t even think about it. Just do it. One, two, three.” – Dale Doback

43. “I still hate you, but you have a pretty good collection of nudie magazines.” – Brennan Huff

More Step Brothers Quotes That Will Make You Chuckle

45. Robert Doback: “Is this your purse in the freezer?”

Brennan Huff: “It will give us so much extra space in our room to do activities!”

47. “One time, I wrestled a giraffe to the ground with my bare hands.” – Dale Doback

48. “I’m gonna fill a pillowcase full of bars of soap and beat the sh*t out of you!” – Brennan Huff

49. “Robert better not get in my face ’cause I’ll drop that motherf*cker!” – Brennan Huff

Did These Step Brothers Quotes Lighten Up Your Day?

There is nothing funnier than two overgrown men acting like kids and being ridiculous in life. So, watching Step Brothers is a time off from the seriousness of our daily lives full of work, stress, and responsibilities.

On the surface level, Step Brothers may just seem like a film of adults being idiotic and irresponsible. But, when you look at it closely, it conveys the celebration of staying true to ourselves and reaching our dreams. Without the brothers’ attitude in life, they would never succeed in music.

Overall, the film is a hilarious take on staying a child at heart. We hope that these quotes were able to motivate you to pursue what makes you happy. Keep doing what you want and enjoy life!