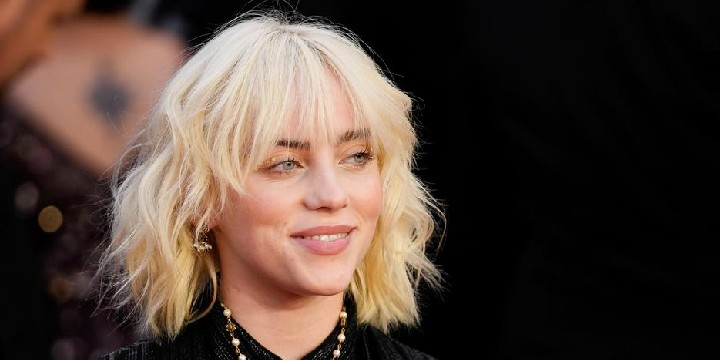 If you feel like the world is weighing you down, read these top Billie Eilish quotes and be inspired to take a breather and reevaluate the things that matter.

Billie Eilish is an American singer and songwriter famous for hits like Bad Guy, Ocean Eyes, and Bury a Friend.

She is also well-known for her neo-goth style that continues to evolve day in and day out. No doubt, Billie Eilish is an artist that fans worldwide can never get enough of.

However, alongside the fame she’s attained, she also had to go through many dips in her life.

She’s known for struggling and speaking about depression, women’s empowerment, and more. Through this, we see just how insightful Billie Eilish’s words can be.

So, what are you waiting for?

Read through to the end and find out how music and self-love can help pull you through the bad times.

And don’t forget to check out these Ariana Grande quotes and Taylor Swift quotes.

1. “There are always going to be bad things. But you can write it down and make a song out of it.”

2. “I’ve always done whatever I want and always been exactly who I am.”

4. “Words are more powerful than some noises. Noises won’t last long. Lyrics are so important, and people don’t realize that.”

6. “Clothing and fashion are kind of my security blanket, almost.”

7. “Some artists just ruin their voices because they don’t know any better.”

9. “If I’m inspired to make a certain kind of song, I’m going to make that kind of song, no matter if it’s what they know me as or think I am.”

10. “Lyrics are so important, but they’re really underrated.”

11. “Sometimes it’s flattering when people copy you, but sometimes it gets to a breaking point.”

12. “Time is kind of an amazing thing because you can do so much with it. I think people underestimate time. I don’t want to just sit on my phone for hours.”

13. “It’s really about not wishing away the present and the past and wishing you were in the future, but just being hopeful and content with the idea of change.”

14. “I feel like I write so that people can think of it as theirs. If my song is exactly about your life right now, then it is. I don’t even want to say that it’s mine because it’s yours.”

15. “People think you have to go through something to write about it, and you absolutely do not. You can write about, like, a shoe. It’s a story.”

17. “Even permanent things can be undone.”

20. “When I write, I try to become different characters.”

23. “Never been the type to let someone see right through.”

26. “What makes a song last is real content from a mind that is thinking a little bit harder about certain things. A lot of artists don’t really think that hard.”

27. “Being an artist doesn’t just mean you have a song. That doesn’t make you an artist. The word ‘artist’ means so many different things, and I feel like to be a real one, you really have to do it all.”

28. “It’s nobody’s responsibility to cover themself or restrict or restrain themself for somebody else’s, like, weak willpower. It’s not our job.”

29. “I’m gonna make what I want to make, and other people are gonna like what they’re gonna like. It doesn’t really matter.”

30. “I think everybody deserves an equal amount of appreciation whether how old they are, but I mean, I’m cool with the praise. I’m good.”

31. “It’s rare for anyone to value the opinions of a teenage girl.”

32. “In the public eye, girls and women with strong perspectives are hated. If you’re a girl with an opinion, people just hate you.”

33. “Showing your body and showing your skin—or not—should not take any respect away from you.”

34. “I really think the bottom line is that men are very weak. I think it’s just so easy for them to lose it.”

36. “There are still people who are afraid of successful women, and that’s so lame.”

37. “You know, it’s infuriating. It’s hard enough to be a young woman not in the public eye and just have lots of public eyes looking at you, let alone being famous and having a million people look at you constantly.”

38. “I’m super self-critical, which I think is good because then I get exactly what I want. I’m critical of other people, too—I try not to be, though.”

39. “I don’t really get nervous that much, or if I do, only I know. It’s all inside me. I am good at hiding everything.”

40. “I go through a lot of depression, and I know other people do, too, but I have an outlet that so many people don’t. If you have that inside of you and can’t get it out, what do you do?”

41. “When people ask me what I’d say to somebody looking for advice on mental health, the only thing I can say is patience. I had patience with myself. I didn’t take that last step. I waited. Things fade.”

42. “I hate smiling. It makes me feel weak and powerless and small. I’ve always been like that. I don’t smile in any pictures.”

Billie Eilish Quotes That Zoom in on Music and Her Interests

43. “If I make music and people hate it, you know, whatever. I’ll die someday, and one day, they will too.”

45. “Writing a song is so personal. You have to have trust in someone you’re working with; otherwise, you’re not gonna come out with something that’s really you.”

46. “I just really want to get music out and tour and go places I’ve never been, and just do more videos. I love photography and videography, and so I really want to direct videos when I can.”

47. “I don’t know how to function without music. When I’m not making it, I’m listening to it. It gives me courage and takes care of my mind.”

Other Billie Eilish Quotes for Your Enjoyment

49. “I don’t even call them fans. I don’t like that. They’re literally just a part of my life; they’re a part of my family. I don’t think of them as on a lower level than me. I don’t think I’m anything but equal to all of them. So yeah, they’re basically all of my siblings.”

50. “Getting recognized is insane. It just blows my mind. Like, someone who you don’t know at all can just be like, ‘Oh my God—are you Billie?’”

Did These Quotes Show You How Human Billie Eilish Is?

Under the veil of social media, it’s easy to misconstrue a person’s life—especially that of celebrities. It’s so easy to assume that they all have it easy. But, in reality, stars encounter struggles and pains just like us.

Billie Eilish, one of the hottest celebrities nowadays, opened up about her struggles with depression and empowerment. There have been many times when she was insecure about her physical appearance and the power and influence she held. It can get overwhelming, but she gained an outlet and platform to share her thoughts through music.

Music was her way out of her destructive thoughts. Each song contained her heart and soul, and her works continue to serve as inspiration for millions of people all over the globe.

To this day, Billie Eilish continues to speak about self-love, self-acceptance, and self-confidence through her lyrics and interviews. Through these values, she helps us understand that we have the power to overcome any curveball that life may throw at us. The next time you feel down in the dumps, reread this collection to pull yourself up!

Are you a fan of Billie Eilish? Which quote really made an impact on you? We’d love to hear your thoughts, so please comment below.