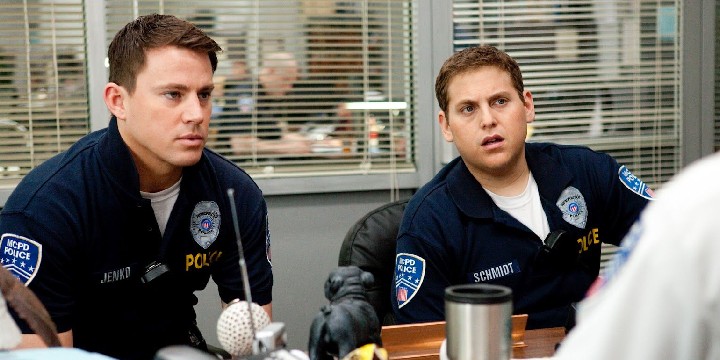 Laugh and enjoy these 21 Jump Street quotes that will help you relive some of the movie’s funniest and most memorable lines!

21 Jump Street was based on a TV series created by Stephen J. Cannell and Patrick Hasburgh. The adaptation has been such a hit that another movie, 22 Jump Street, was released in 2014.

But, as they get closer to discovering the truth, they are forced to confront some old issues from their teenage years. This, in turn, made their mission such a funny and enjoyable ride for all of us.

So, if you’re curious about what happened to these two buddies, read the quotes below. They will surely make you miss your high school memories and friends!

And don’t forget to check out these Superbad quotes and Major Payne quotes.

1. “You’ll never know what you can’t achieve until you don’t achieve it.” – Mr. Gordon

2. “Liking comic books is popular, environmental awareness, and being tolerant. If I was just born 10 years later, I would have been the coolest person ever.” – Morton Schmidt

3. “Sir, I know we come off as a couple of lady killers, but I promise you we’ll be super professional at the job.” – Morton Schmidt

4. “You ready for a lifetime of being a badass motherf*cker?” – Greg Jenko

6. “New assignment. Since you two cowboys love to drink booze, smoke weed with kids, and f*ck anything with a big *ss in jeans with low self-esteem, I’m gonna send you to a place where all that sh*t is allowed.” – Captain Dickson

7. “You will be going undercover as high school students. You are here simply because you look young. You some Justin Bieber, Miley Cyrus lookin’ motherf*ckers.” – Captain Dickson

8. “The mission is quick and simple: infiltrate the dealers, find the supplier.” – Captain Dickson

9. “Now, for your next mission, you two sons of b*tches going to medical school!” – Captain Dickson

10. Captain Dickson: “Didn’t somebody tell you guys this was an undercover unit?”

Morton Schmidt: “I don’t, I actually didn’t, didn’t get a letter or anything.”

21 Jump Street Quotes That Are Action-Packed

11. “But if we find the supplier first, we don’t have to worry about the dealers.” – Greg Jenko

12. “One Percenter? These guys are big-time drug dealers. If we could take them down as our first bust, we’d be off park duty for sure.” – Morton Schmidt

13. “We’re not finger poppin’ each other’s *ssholes. What we are doing is getting sh*t done.” – Morton Schmidt

15. “Fortunately for you two, we’re reviving a canceled undercover police program from the 80s, and revamping it for modern times. You see the guys in charge of this stuff lack creativity and are completely out of ideas. So all they do now is recycle sh*t from the past and expect us all not to notice.” – Captain Dickson

16. “You guys even real cops? You look like kids on Halloween.” – Domingo

17. “You know what they do to handsome guys like me in prison. It rhymes with grape.” – Eric Molson

Greg Jenko: “It obviously goes something like—you have the right to remain—an attorney.”

Deputy Chief Hardy: “Did you just say you have the right to be an attorney?”

Morton Schmidt: “You do have the right to be an attorney, if you want to.”

19. “I think what he was trying to say was, he’s going to punch you so many times around the genital area that your dick’s just going to fall off.” – Morton Schmidt

Greg Jenko: “No. You look super young, were you held forward?”

21. “I didn’t punch him because he was gay. I punched him—and then he happened to turn out to be gay afterward.” – Greg Jenko

22. “You know, it’s funny. I wouldn’t have taken you for the brainy type. I wouldn’t.” – Principal Dadier

23. “Congratulations, you two. You managed to un-f*ck a situation you originally already f*cked up!” – Captain Dickson

24. “The doctor thought I was going to spontaneously grow a vagina.” – Morton Schmidt

26. Morton Schmidt: “Are you saying we’re a covalent bond?”

28. “I’ll say it loud and clear. If you didn’t get your grades up, you weren’t going to the prom.” – Principal Dadier

29. “F*ck! Socks don’t match. Now I have to start all over. First day at school, dude. Got to look awesome.” – Morton Schmidt

30. “So if you’re not back in six minutes I have to send you to the principal. Rules are rules. So I guess this would have to be a quickie.” – Ms. Griggs

31. “One, don’t try hard at anything. Okay? Two, make fun of people who do try. Three, be handsome. Four, if anyone steps you on the first day of school, you punch them directly in the face. Five, drive a kick-*ss car.” – Greg Jenko

Ms. Griggs: “Wow! Look at you, Brad! Big. Uh, what is a, what is a pop quiz nose? It’s a quiz and the first person who finishes gets a 10 dollar gift certificate to quiz nose.”

Also read: The Other Guys Quotes

34. “Guys, I’m going to relate to you. Okay? A kid died the other day from drugs. And nobody, including me, is doing anything about it. That’s weird, guys. And then you two show up with 30 days left, causing trouble in my school! I am one more Black gay kid getting punched in the face away from a nervous breakdown! Do I make myself clear? You guys cross my line again, and you walk into this office, I’m going to expel you. You got me?” – Principal Dadier

35. Morton Schmidt: “Hey, it’s really sad about that kid. He was talented.”

Molly Tracey: “So are you saying if he wasn’t talented it would be less sad?”

Molly Tracey: “I was just busting you, balls.”

36. “You have exceptional muscle tone, young man. When did you go through puberty? Like at seven or something?” – Mr. Walters

38. Captain Dickson: “Schmidt, it says you were a virgin through high school.”

Morton Schmidt: “It says that?”

Captain Dickson: “No, I just assumed it. Due to your many years on the honor roll and your membership to the juggling squad.”

39. “If you don’t know your identity, we’re screwed tomorrow. You got to study this stuff.” – Morton Schmidt

What Are Your Favorite High School Memories?

21 Jump Street is about more than just a crime story; it also depicts a teen’s life. Yes, it’s filled with comedy and action. But, at the same time, the movie will take you back to some of the best times of your life—high school!

It’s a movie jam-packed with insights relevant to today’s generation. It teaches us the value of friendship, commitment, and responsibilities. Offhand, these things may be obvious, but there are some people who struggle with them.

21 Jump Street reminds us that it is not wrong to explore, but we should be aware of our limitations. We should always consider the consequences of our actions, and choose not to do anything that will harm us or those we love.

We hope this collection was able to inspire you to make the most of your youth. Be true to yourself, go on adventures, and have the time of your life!

So, which quotes are your favorites? Drop them in the comments section below.