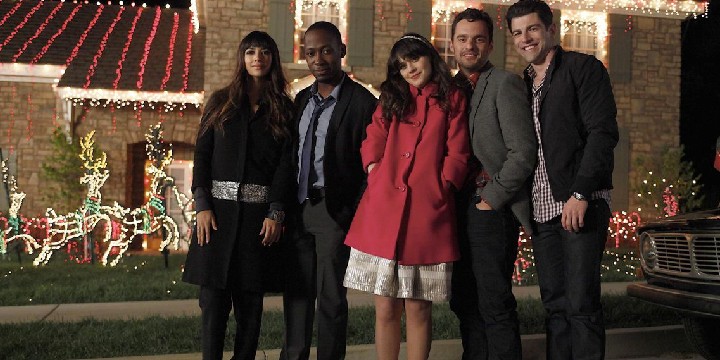 Don’t miss out on this collection of New Girl quotes that will lift your spirits with the characters’ great humor and charming quirkiness!

New Girl is an American sitcom that will fill your day with fun, laughter, and of course, meaningful lessons on life. It follows the life of a teacher who caught her boyfriend cheating with another girl, making her look for a new apartment. An ad from Craigslist put her in a weird situation where she’ll have to start living with three single men she has never met before.

What makes New Girl so loved is that it depicts an accurate image of authentic friendship. It presents how people of entirely different personalities can ignore their differences for the sake of each other. Plus, their hilarious interactions, which later led to deep bonds, made this show appealing to the audience.

We just can’t get enough of this sitcom. So, if you’re like us, don’t hesitate to read through to the end of this list!

And make sure to check out these Schitt’s Creek quotes and Shameless quotes.

1. “Sometimes I think I’m just a riddle that I can’t even solve.” – Schmidt

4. “She’s got that giant heart that’s part compass and part flashlight, and she’s just the greatest person I have ever met.” – Nick

5. “I brake for birds. I rock a lot of polka dots. I have touched glitter in the last 24 hours! And that doesn’t mean I’m not smart and tough and strong.” – Jessica

7. “I’m only attracted to guys who are afraid of success and think someone famous stole their idea.” – Jessica

8. “I hope you like feminist rants because that’s kind of my thing.” – Jessica

11. “Take these, and take care of them. I can get a tetanus shot, but I can’t cure damaged suede.” – Schmidt

13. “I’m the squirrel and you’re my nut. Winter is coming, and I’m gonna store you in my cheek girl.” – Schmidt

14. “Pine has no place in this loft. It’s the wood of poor people and outhouses.” – Schmidt

15. “The economy stinks, bees are dying, and movies are pretty much all sequels now.” – Schmidt

16. “If you are for one second suggesting that I don’t know how to open a musical, how dare you!” – Schmidt

17. “I love mango chutney—really any type of chutney.” – Schmidt

18. “Can someone please get my towel? It’s in my room next to my Irish walking cape.” – Schmidt

19. “I have to get everybody in the company’s name into a version of ‘We Didn’t Start the Fire.’” – Schmidt

20. “I’m like a sexual snowflake. Each night with me is a unique experience.” – Schmidt

22. “I hate your mustache because I miss your upper lip.” – Schmidt

23. “So when I do the chicken dance, I do it a little differently. Instead of doing claps, I like to do a peck. It’s more realistic.” – Jessica

24. “You guys are ruling women out based on their breast size? It’s the least important part of a woman’s body! Unless you’re a baby. Are you guys babies?” – Jessica

25. “Do you think that if I were a gold digger, I’d be interested in you? I would be the worst gold digger in the world!” – Jessica

28. “You’re making a huge, life-ruining mistake by moving in with a woman who turned you into an agoraphobic, turtle-faced, borderline alcoholic.” – Jessica

29. “I might as well call you Bridge to Terabithia because you make children cry.” – Jessica

31. “Nick doesn’t have a life plan—he doesn’t even have a day plan. I once found a note that he wrote to himself that said, ‘put on pants’.” – Jessica

32. “My first crush was on a Batman cake, but my first sexual feelings were about teenage Simba because he was really hot, and I still actually find him hot.” – Jessica

33. “I’ll take the strongest drink you have, and also a wine spritzer on the side in case I don’t like it.” – Jessica

34. “I don’t want to kiss and tell, but I ruined my dresser during intercourse. Will you go to Ikea with me?” – Jessica

35. “Jess, why did you do that? You know how he gets, he turns into a cartoon elephant of yesteryear who just saw a mouse.” – Nick

37. “I am not a successful adult. I don’t eat vegetables and/or take care of myself.” – Nick

38. “I don’t deal with exes, they’re a part of the past. You burn them swiftly and give their ashes to Poseidon!” – Nick

39. “Any time a man wants to show a woman how to do something from behind, it’s just because he wants an excuse to get real close and breathe on her neck. Watch any sports movie.” – Nick

44. “I’m pretty sure I’m having a heart attack and I haven’t arranged for anyone to clear my internet history. I wasn’t building a bomb, I was just curious.” – Nick

Also read: This Is Us Quotes, 30 Rock Quotes

47. “You were denied a cell phone because you have the credit score of a homeless ghost.” – Winston

48. “Here’s a fun idea: you can put a hat on him with antlers. This way, the hole he makes in the wall will all make us smile.” – Winston

51. “You know what I learned from the internet? We’ve got nothing to worry about.” – Winston

53. “Saturday is a day for sleeping, and damn it, you will not take that away from me!” – Winston

54. “You know what would be nice? A wedding invitation engraved on a plate. What a magical wedding that would be.” – Winston

56. “Allow me to introduce myself. My name is Cece Schmidt. So if any of you have anything else you’d like to say to my husband, I will drag you outside and we will handle this L.A. Style. I will take you to the corner of Fairfax and La Brea.” – Cece

57. “I got your text. When you’re going through a ‘Taylor Swift-like range of emotions,’ I should come over, right?” – Cece

59. “Picking lint off a man’s sleeve is the most intimate gesture.” – Cece

60. “Just because a scary man yelled his name in your face doesn’t mean you can’t like sake baths.” – Cece

61. “You could have an emotional connection to a shoe on the side of the road.” – Cece

63. “My heart is beating really fast, but time is moving really slow.” – Cece

65. “I used to just think if I was proposed to, I would notice it was happening.” – Cece

67. “Good luck with these two, because if they get really hungry, then all bets are off.” – Cece

69. “Lifehack: read your phone on the toilet like everybody else.” – Coach

71. “Can you tell Schmidt that my portfolio is way better than his portfolio?” – Coach

74. “It really bums me out that I’ll never know the infinite joy of what it feels like to carry a child inside of me.” – Coach

Romantic New Girl Quotes to Share With Your Special Someone

80. “I look forward to a lifetime of joy, growth, and constant mispronunciation of common words.” – Cece

87. “If you’re gonna do something that’s obviously very stupid, then I’m gonna do it with you.” – Nick

88. “I wanted you to feel special tonight because I’m wild about you.” – Winston

89. “I fell in love with Jess the minute she walked through the door.” – Nick

90. “In the moonlight, your eyes, they sparkle like fish eyes.” – Schmidt

91. “Girl, you are under arrest for taking my breath away.” – Winston

92. “I have decided to give up on women and put all of that energy into tomatoes.” – Nick

94. “I thought we talked about you not wearing your show diaper in the kitchen.” – Jessica

95. “I only wanna make a drink a coal miner would want. Straight forward. Honest. Something that says, ‘I work in a hole.’” – Nick

96. “Old people freak me out. With their hands and their legs. They’re like the people version of pleated pants.” – Schmidt

97. “Lying makes me sweat. That’s why I can’t play poker or talk to pregnant women.” – Nick

Iconic New Girl Quotes That’ll Be Etched in Your Mind

102. “I can’t believe I’m the sober one. That’s actually never happened before in my life.” – Nick

103. “It’s a horrible neighborhood. There are youths everywhere.” – Schmidt

104. “I’ve never been an inspiration before. I don’t like this much responsibility.” – Nick

More New Girl Quotes for a Brighter Day Ahead

112. “Are you cooking a frittata in a saucepan? What is this—prison?” – Schmidt

117. “I want to kill you because I respect you. Jess! I think I understand hunting!” – Nick

118. “There’s nothing like the feel of a fire, a fresh-baked cookie, and the sweet, sweet taste of crack in your lungs.” – Winston

120. “You should’ve seen how fast I came down that mountain. I mean, a lot of it was falling. Luckily, the ground just stopped me.” – Cece

Did These New Girl Quotes Lift Your Spirits and Teach You About Life?

New Girl is famous for its great humor that will fill your day with laughter. Yet, aside from its merry facade, lies several beneficial lessons in life.

There’s a common saying that goes, “Birds of the same feather flock together.” Some may believe this to be true, but New Girl proved that it is possible to form friendships with people with different or even polar opposite personalities. To do this, all we need is respect—respect to accept each others’ beliefs and opinions and be open to everyone’s points of view.

Having a deep bond with people who are different from you ensures that you’ll be able to open your eyes to the world in many different ways. This kind of friendship is unique and makes our lives lighter and happier.

You may have friends who have different opinions, moral principles, and more. But, don’t let differences destroy such an excellent relationship. Keep in mind that it’s not easy to find true friends who will treat you like family.

Did the quotes remind you of your best friends? Which quote is your favorite? Kindly share your thoughts with us below!