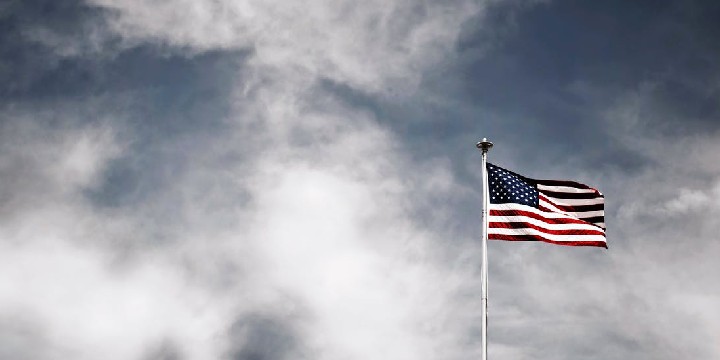 Reading this list of patriotic quotes will inspire you to show loyalty and respect to your country!

One of the etymologies of the term “patriotism” is the Greek word “patriōtēs.” This Greek word combines two terms that mean “of one’s fathers” and “fatherland.” With that, patriotism can be defined as love and devotion to one’s country.

Though patriotism and nationalism are entirely different, many people mistakenly interchange them. Nationalism is defined as a people’s unity of culture—history, language, heritage, and more.

On the other hand, patriotism is primarily based on a people’s shared love and respect for their culture, values, and beliefs.

People might have different definitions, but the only thing that matters is how you show your patriotism to your country.

If you want to see how you can start being more of a patriot, read through the list below! Let our collection serve as your guide to learning how you can show your love for your nation.

And don’t miss out these America quotes and 4th of July quotes.

2. “In the face of impossible odds, people who love this country can change it.” – Barack Obama

3. “Patriotism is not short, frenzied outbursts of emotion, but the tranquil and steady dedication of a lifetime.” – Adlai Stevenson II

4. “True patriotism springs from a belief in the dignity of the individual, freedom, and equality not only for Americans but for all people on earth, universal brotherhood and goodwill, and a constant striving toward the principles and ideals on which this country was founded.” – Eleanor Roosevelt

5. “When a whole nation is roaring patriotism at the top of its voice, I am fain to explore the cleanness of its hands and the purity of its heart.” – Ralph Waldo Emerson

6. “A patriot must always be ready to defend his country against his government.” – Edward Abbey

9. “Duty, honor, country. Those three hallowed words reverently dictate what you ought to be, what you can be, what you will be.” – Gen. Douglas Macarthur

10. “The patriot volunteer, fighting for country and his rights, makes the most reliable soldier on earth.” – Stonewall Jackson

Patriotic Quotes to Show People’s Strong Love for Their Nation

11. “I love America more than any other country in the world and, exactly for this reason, I insist on the right to criticize her perpetually.” – James Baldwin

12. “The highest patriotism is not a blind acceptance of the official policy, but a love of one’s country deep enough to call her to a higher plain.” – George McGovern

13. “Patriotism is voluntary. It is a feeling of loyalty and allegiance that is the result of knowledge and belief. A patriot shows their patriotism through their actions, by their choice.” – Jesse Ventura

15. “One cannot be an American by going about saying that one is an American. It is necessary to feel America, like America, loves America, and then work.” – Georgia O’Keeffe

16. “Patriotism is the love of the country. But you can’t love your country without loving your countrymen and countrywomen. We don’t always have to agree, but we must empower each other, we must find the common ground, we must build bridges across our differences to pursue the common good.” – Cory Booker

17. “Here is your country. Cherish these natural wonders, cherish the natural resources, and cherish the history and romance as a sacred heritage, for your children and your children’s children. Do not let selfish men or greedy interests skin your country of its beauty, its riches, or its romance.” – Theodore Roosevelt

18. “Dissent is the highest form of patriotism.” – Howard Zinn

19. “I think patriotism is like charity—it begins at home.” – Henry James

21. “Patriotism was a living fire of unquestioned belief and purpose.” – Frank Knox

22. “True patriotism is better than the wrong kind of piety.” – Abraham Lincoln

23. “Our obligations to our country never cease but with our lives.” – John Adams

24. “Loyalty to the country always. Loyalty to government, when it deserves it.” – Mark Twain

25. “Real patriotism is a willingness to challenge the government when it’s wrong.” – Ron Paul

26. “It’s not unpatriotic to denounce an injustice committed on our behalf, perhaps it’s the most patriotic thing we can do.” – E.A. Bucchianeri

27. “True patriotism hates injustice in its own land more than anywhere else.” – Clarence Darrow

28. “True patriotism isn’t cheap. It’s about taking on a fair share of the burden of keeping America going.” – Robert Reich

29. “You’re not supposed to be so blind with patriotism that you can’t face reality. Wrong is wrong, no matter who does it or who says it.” – Malcolm X

30. “To be a patriot, one had to say, and keep on saying, ‘Our country, right or wrong,’ and urge on the little war. Have you not perceived that that phrase is an insult to the nation?” – Mark Twain

31. “Patriotic talk is no proof of patriotism. Anyone can wave a flag. The real patriot lives his patriotism in everything he does.” – John M. Devine

32. “True patriotism is not worship of our nation but rather, in the light of our worship of the God of justice, to conform our nation’s ways of justice.” – Robert McAfee Brown

33. “I think there are few things more patriotic than taking the time to make your country a better place.” – Michael Moore

34. “If you’re patriotic, stand up for the Bill of Rights because once they strip your rights from you, you will pay hell to get them back. You will and we’re in the process of it right now.” – Jesse Ventura

Patriotic Quotes for Those Who Want to Serve Their Country

35. “My country owes me nothing. It gave me, as it gives every boy and girl, a chance. It gave me schooling, independence of action, the opportunity for service and honor.” – Herbert Hoover

36. “So, let us summon a new spirit of patriotism, of responsibility, where each of us resolves to pitch in and work harder and look over not only ourselves but each other.” – Barack Obama

37. “Our responsibility as citizens is to address the inequalities and injustices that linger, and we must secure our birthright freedoms for all people.” – Barack Obama

38. “I focus on doing my duty within the bounds of the U.S. Constitution and my conscience. As long as I’m doing my job, I don’t worry about much else.” – John M. Vermillion

Patriotic Quotes That’ll Leave a Mark on Your Mind

39. “There is much more to being a patriot and a citizen than reciting the pledge or raising a flag.” – Jesse Ventura

41. “The American patriots of today continue the tradition of the long line of patriots before them, by helping to promote liberty and freedom around the world.” – John Linder

Deep Patriotic Quotes to Think About

42. “Patriotism demands the ability to feel shame as much as to feel pride.” – Anne-Marie Slaughter

43. “They wrote in the old days that it is sweet and fitting to die for one’s country. But in modern war, there is nothing sweet nor fitting in your dying. You will die like a dog for no good reason.” – Ernest Hemingway

44. “In the beginning of a change, the patriot is a scarce man, brave, and hated and scorned. When his cause succeeds, the timid join him, for then it costs nothing to be a patriot.” – Mark Twain

45. “True patriotism sometimes requires of men to act exactly contrary, at one period, to that which it does at another, and the motive which impels them the desire to do right is precisely the same.” – Robert E. Lee

More Patriotic Quotes to Provide You With Important Lessons

46. “A real patriot is a fellow who gets a parking ticket and rejoices that the system works.” – William E. Vaughan

47. “My loyalties will not be bound by national borders, or confined in time by one nation’s history, or limited in the spiritual dimension by one language and culture. I pledge my allegiance to the damned human race, and my everlasting love to the green hills of Earth, and my intimations of glory to the singing stars, to the very end of space and time.” – Edward Abbey

48. “My kind of loyalty was loyalty to one’s country, not to its institutions or its officeholders. The country is the real thing, the substantial thing, the eternal thing; it is the thing to watch over, care for, and be loyal to; institutions are extraneous, they are its mere clothing, and clothing can wear out, become ragged, cease to be comfortable, cease to protect the body from winter, disease, and death.” – Mark Twain

49. “The job facing American voters in the days and years to come is to determine which hearts, minds, and souls command those qualities best suited to unify a country rather than further divide it, to heal the wounds of a nation as opposed to aggravating its injuries, and to secure for the next generation a legacy of choices based on informed awareness rather than one of the reactions based on unknowing fear.” – Aberjhani

50. “What we need most right now, at this moment, is a kind of patriotic grace—a grace that takes the long view, apprehends the moment we’re in, comes up with ways of dealing with it, and eschews the politically cheap and manipulative. That admits affection and respect. That encourages them. That acknowledges that the small things that divide us are not worthy of the moment; that agrees that the things that can be done to ease the stresses we feel as a nation should be encouraged, while those that encourage our cohesion as a nation should be supported.” – Peggy Noonan

Did This Collection Make You Understand the Essence of Being Patriotic?

There are certain times of the year when patriotism is especially relevant. Holidays and events like Independence Day or Memorial Day are some examples. As patriots, we can reflect on what it means to love our country during these occasions.

However, these aren’t the only days we should show our patriotism. Remember that one can act like a patriot in even the smallest actions of their everyday lives.

For example, some might want to become veterans and people willing to risk their lives for our country. Others might prefer to use their right to vote to elect the best representative to serve our people and create a better future for everyone.

These are just a few of the many ways that we can show our patriotism for our country. Remember, it doesn’t matter what methods you show your patriotism. The most important thing is to show respect, honor, and appreciation for our homeland.

With that, we hope this list of patriotic quotes was able to give you some tips on how you can become more patriotic. Don’t forget that whether you live in America or any other country, you are blessed with incredible opportunities and freedom!