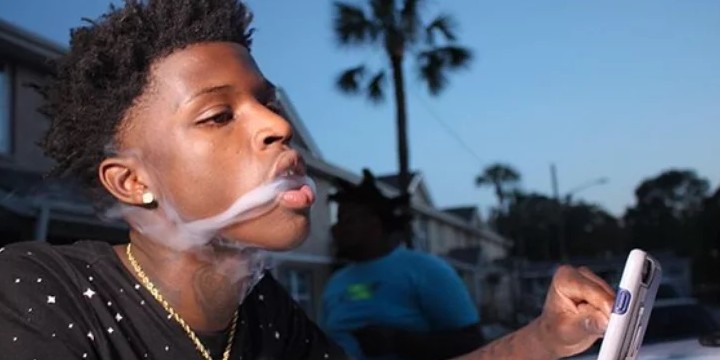 If you need the inspiration to pursue your passion despite life’s hardships, then these Quando Rondo quotes are for you.

Tyquian Terrel Bowman, better known as Quando Rondo, is an American songwriter and rapper. He’s best known for the song, I Remember, which featured Lil Baby and was released in January 2018.

Quando Rondo was a victim of life’s circumstances, but it didn’t stop him from pursuing his goals. Instead, he worked hard to advance his singing career, renew his life, and live the lifestyle he has today. Find out what you can learn from him and his songs through the list below!

And don’t forget to check out these NBA YoungBoy quotes and Lil Durk quotes.

2. “Always speak how you feel and never be sorry for being real.”

3. “I don’t have time for fake friends anymore, either be real or be gone.”

7. “Stop giving people more chances to disappoint you, move on.”

8. “I don’t carry hate in my heart. If I loved you before, I still got love for you. Stay away from me tho.”

11. “People really don’t have not going on for themselves who sits up and talks about people they don’t know all day.”

12. “Sometimes, you need your feelings hurt so that you can wake up and focus on you.”

13. “I swear to God I walked a thousand miles and when I look back I ain’t seen them.”

14. “Nobody is going to understand why you love someone the way you do—except you.”

15. “I was taught that loyalty was priceless, so true love shouldn’t cost a dime.”

17. “You move differently when you are tired of getting your feeling hurt.”

19. “They don’t like you but they still find the time to watch everything you do.”

22. “If losing me doesn’t bother you, then you were never real to begin with.”

23. “Nobody on earth rap better than YoungBoy.”

25. “They expect you to turn glitter into gold.”

26. “If all the young rappers in the game get on one tour that sh*t will be lit.”

28. “My biggest fear is getting hurt by someone I already explained my pain to.”

29. “Everything ain’t good. Really nothing good. Not even the money because what comes with all the stuff—it ain’t no happiness.”

Motivational Quando Rondo Quotes That Will Help You Keep Going

38. “I can’t blame you for who you are. I can only blame myself for thinking you were who you said you were.”

39. “Leave those people alone who f*ck with you when it’s beneficial.”

40. “I can’t f*ck with people who think money is everything. Because that means for the right price you’ll cross me.”

41. “I gave too many people second chances and they scared me, I can’t trust nobody.“

Quando Rondo Quotes About Life to Make You Stronger

42. “First they doubt you, then they wanna be around you.”

43. “I went through my darkest time alone so sorry if I act like I don’t need nobody.”

44. “Late nights on my avenue by myself I ain’t need a gang member. N*gg*, I remember I ain’t have no money on my books this last time last year ‘round September. N*gg* I remember.”

45. “They are not gonna appreciate you until you gone with somebody else.”

47. “When you love something so much, it becomes hard to let it go.”

48. “I always asked if you were leaving and you always said, ‘Never.’”

51. “I done made over a hundred grand, I ain’t graduated. I done did time in the can, came home, went back to the basics.”

52. “You said you love me, gave you my heart then you scarred me for life.”

55. “You really touched me to my heart. Permanent scar that day I found that you cheated.”

57. “How do you know when you love someone? When deep down in your soul you can’t love no one. When you have done so much, you can’t trust no one.”

59. “My label was like, ‘You don’t get enough killing songs,’ so I just made that song. It doesn’t mean nothing, it just is a song. I knew people could relate to it, so I just made it.”

60. “I recorded Kiccin Sh*t in April 2018, in California at APG studio. I really don’t know who produced that song. My A&R just pulled up the beat, pulled up the beat back, I heard the beat and I ran the song. At first, I didn’t like the beat but I was havin’ a hard time makin’ a song in the studio that day and I heard the beat and it sounds like the easiest beat for me to make a song on, just so I could leave the studio with a good song.”

62. “I had that beat in my email for like eight months. I just went through it, picked it out, liked the beat, and I did it.”

63. “I said I can’t keep rapping about girls, I said and sh*t, I can’t keep raping about clothes. I got to either rap about killing or the struggle ‘cause that’s what people want to hear. I was thinking I need a turnt song for my show.”

64. “I don’t know where none of that came from, I never in life had words with them. Ever! I did not know that was him. I swear. This is in my life. This is on Neighborhood Crip. I did not know this was him until the next day.”

67. “If you could read my mind today you would be in tears.”

69. “That brand new Rolie, I’m waitin’ on it, these diamonds round my neck, I swear I put that paper on it, this big Glock, 40, I can’t wait to put a laser on it, I might just go and buy a condo in Decatur homie.”

70. “I started coolin’ ‘round a lotta rappers and they started tellin’ me, ‘G*dd*mn, you got the music and you got the money, now you just need the image, ‘lil bro. Go buy you a ‘lil designer *ss sh*t. Let all these other rappers see that you got some drip too.’ Now I’m addicted to clothes, I’m addicted to designer.”

Do You Think Quando Rondo’s Songs Have Meaningful Lessons Embedded in Them?

Despite his dark past, Quando worked hard to further his singing career, which took off in 2018. He uses his music to draw awareness to societal inequality, particularly for people of color like himself.

He grew up in a high-crime neighborhood and became involved in gang violence when he was young. He even ended up in a juvenile detention center. However, after his release, he decided to pursue his passion and rebuild his life, turning him into the success and icon he is today.

Your past will not define your future. Remember that everyone deserves a second chance to change and grow. We hope that these quotes were able to motivate you to be wiser and stronger in the face of hardship.

Which of these Quando Rondo quotes resonated with you the most? Let’s hear from you in the comments thread below.